EMBRACE: Self-love is the road to one’s redemption

Mental health affects many people, and in their life have come across many internal battles on their journeys. The short film “Embrace,” is an example of that. Arty, a well-dressed man with no face, gets ready for his date until he meets a younger version of himself. Things get enjoyable as Arty and this younger version goes down the rabbit hole of this surreal world where he learns to embrace himself. The animated short film doesn’t simply feature this in a south Asian context but a universal message that society often dismisses today. 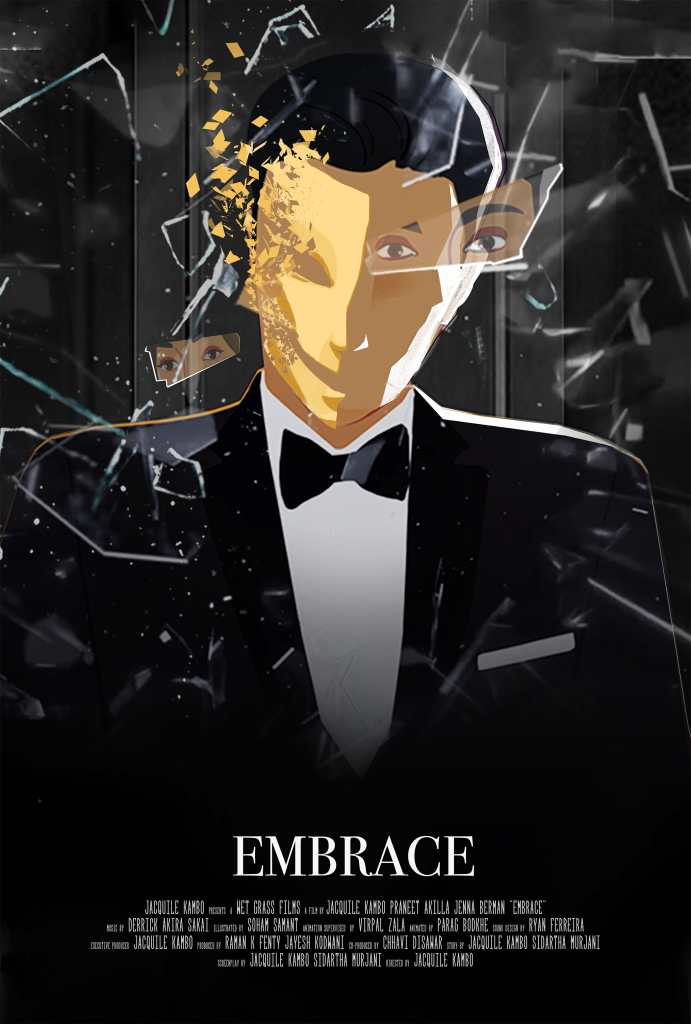 The idea of the facade self, the iconic face, and the need to feel like somebody—are all giant pillars people are dealing with growing up, especially in adult life. From the dating world to the social media world—people seem to wear different masks, only to make most of us feel faceless, numb, of being a nobody. Too many masks could make people feel like a lost identity in this crazy world—out of touch and out of life—with others and ourselves.

We can interpret the situation as a struggle in one’s mental health. Arty, the main character, learns to “embrace” himself and overcome his internal struggles. Our society rarely discusses that men should have a safe environment to be vulnerable, within themselves or even with other men. If we do not deal with it, the situation can bleed into other relationships, including romantic relationships. Repression could lead to aggression, substance abuse, or self-sabotaging behaviors and create a toxic environment. Many of these can stem from childhood trauma. Often, ignoring childhood repressions could stay in one’s psyche and may carry on the troubles into adulthood. Thus, revisiting the roots could help one become successful in a better tomorrow. “Embrace” is an example of how important it is for men to share their feelings and embrace their past.

The conversation has long surpassed the “Let’s Talk” phase; it is time for action. The awareness is out there, and implementing smaller steps could get things moving. Creating seminars or group-related events and activities might help create vulnerable environments. Art or art therapy could produce something from the inner journey. Or maybe it is time to look at “sick days” as “mental health days” as well. We can do more than just talk about it; we have to do it.

Over eight years, “Embrace” has finally come to fruition and, with the help of animation, brings the vision to life in a universal outlet. From rewrites to redrafting, changing characters, and implementing themes that did not work culminates in something that digs more profound to the core of oneself. Ultimately, one can find the answer to self-love and how we must embrace the soul, the child, and the person within—to be comfortable in one’s skin and re-aligning with oneself. Perhaps implementing self-love in the school’s curriculum, movements, or workplaces—would lighten the load when people can learn to love themselves and appreciate themselves more. If one learns to “embrace” oneself, only then, perhaps, can one fully understand others and their pain, thus having the vision of empathy for others.

Inspirations from the genres of film noir, the silent film era, surrealism, and the works of Christopher Nolan and David Lynch—the film articulates something far more memorable. This is more than just a mental health piece for simply educational purposes. This is a classical narrative from beginning to end, with essential themes and endearing characters that need sharing with the world. The pressure from social media, where facades are mandatory for one’s avatar and people’s vulnerabilities are out of sight, could impact one’s mental health and male vulnerability. It is rarely the focus of discussions, especially with growing hyper-masculinity. It is here where the film encourages men to look within themselves and accept their vulnerabilities. Perhaps this is a crucial step to have a better, uplifting journey and enlighten themselves and those around them. The first step should always begin with the internal self. 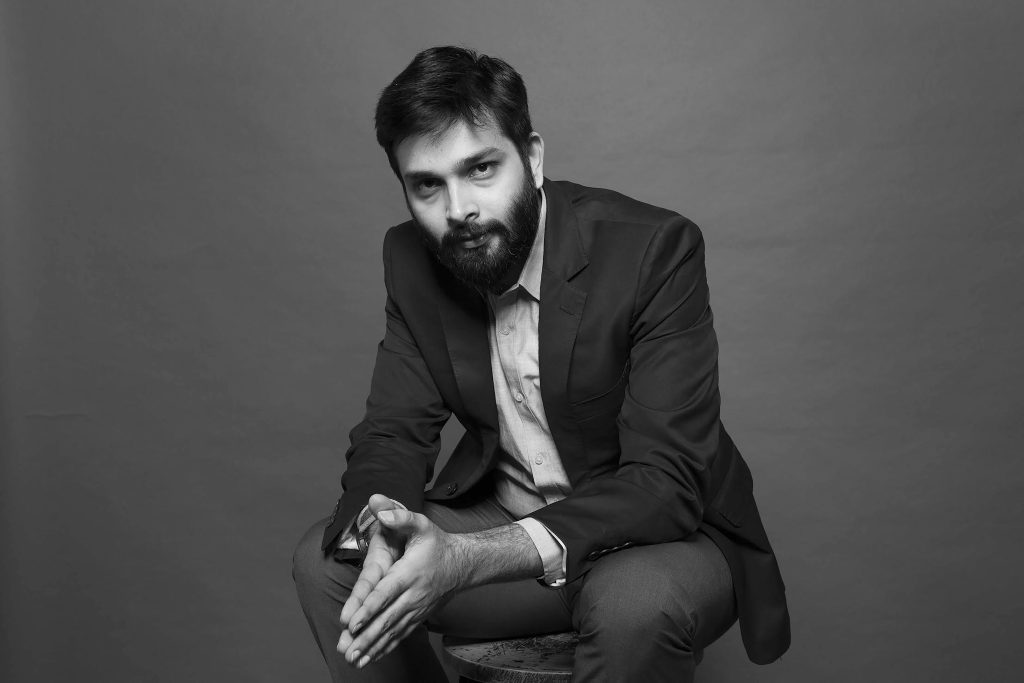 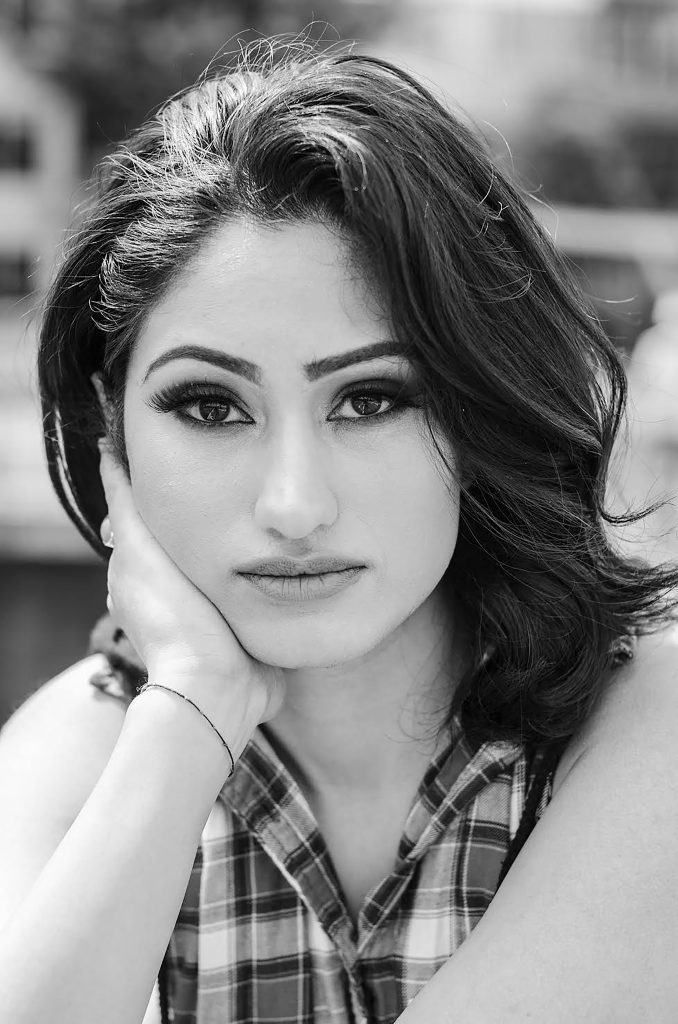 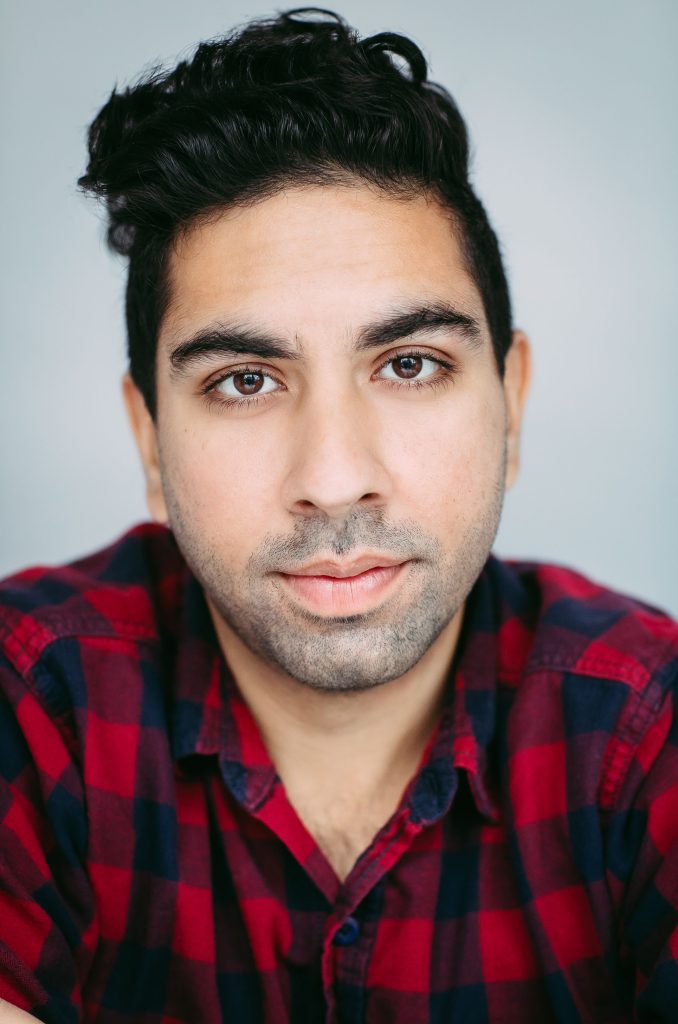 Embrace is an eight-year journey; seven years of writing and a year of animation to give a four-and-a-half-minute short animated film. Produced by Raman K. Fenty and Jayesh Kodwani and his team. Starring Praneet Akilla and Jenna Berman. Directed and Written by Jacquile Singh Kambo, co-Written by Siddartha Murjani. This short film is the recipient of numerous international accolades, including Best Audience choice at the Emerging Lens Cultural Film Festival of Halifax and Nova Scotia. It is also well-received in Vancouver, Canada; Goa, India; and Chicago, USA.