Rocky Sethi, COO of Adera Developments, speaks candidly about his career, family, overcoming adversity, and his hope for the future.

Rocky Sethi, COO of Adera Developments, speaks candidly about his career, family, overcoming adversity, and his hope for the future.

Rocky grew up in a real-estate family and had a career as a Realtor before his curious nature steered him toward his passion for home construction and development. Navigating in the challenges and seizing opportunities that took him to Kelowna and Edmonton, he returned to Richmond to plant roots with his family in a location just a few blocks away from where he grew up. And every step of the way, he has the support of his wife, Binnie.

“My wife is my go-to for so many things. She taught me a lot about true relationships and how to create boundaries, but she’s never afraid to challenge me, tell me to lighten up, and not take myself so seriously!”

The couple is blessed with a daughter, Ariya 13, and a son, Zyan 9.

Rocky is a visionary who remains steadfast even in the face of adversity. He keeps a calm demeanor and focuses on the right course of action rather than reacting from an emotional stance.

“My biggest challenge has been being visibly Indian (or ethnic). However, I’m not “Indian enough” for some. I’ve had people make comments about hiring my ‘brothers’ to do drywall, and instead of responding in anger, I’ve simply turned away. I didn’t back off for being weak. I did it for not going down to their level.”

He suggests that in life: when people get mad or mistreat you, don’t react out of anger. Take stock, analyze the situation; know that their behavior teaches you more about them, and give you insight into how to deal with them. It’s not a reflection on you.

Rocky values honesty, strives for excellence and expects the same from his colleagues. There was a time in Edmonton when a contractor confronted him for being too demanding—expecting everyone to work to the highest possible performance on a project.

“He was furious,” Rocky recalls, “and he stood up in the meeting and said: ‘You are acting like you own the company,’ and I just told him that I didn’t know how to act any differently.” 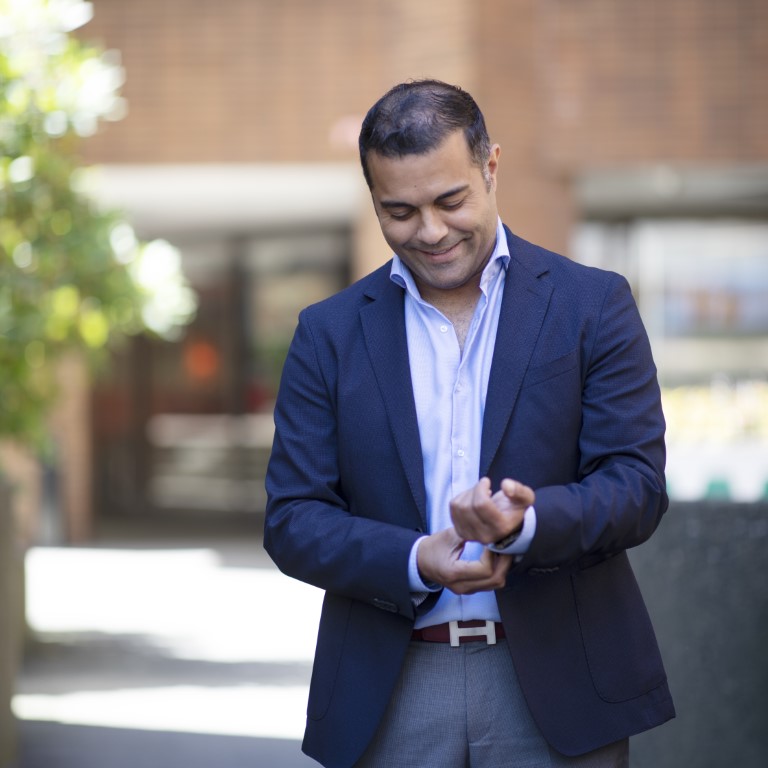 Rocky is unwilling to compromise his integrity. He has encountered a situation directly where he was told to leave his job by a senior manager intimidated by him. Despite knowing the owners of the company well, he realized that they weren’t going to help.

“It was a challenging time for my wife and me as I was quite young at the time. But I grew from it, learned, and have become much stronger as a result. I have realized that you need to protect yourself, but still, trust and try and see the good in others first.”

He is very proud to be on the Board of Directors for the UDI (Urban Development Institute), sitting at the same table with people he’s looked up to his entire life, like Bob Rennie. He has chaired and been a member of Advisory Design Panels for Richmond and Surrey. He reflects on the recognition he’s received for projects: “I remember my first full year in Kelowna; I had our team submit for our projects, and we showed up at the awards and took home 11 awards from the local home builders association. Everyone was shocked, as most people didn’t even know who I was! The next year, we did 10.”

Drishti asked Rocky, What the future holds for him?

“A lot. I believe my windy and difficult path has paved the way for something much bigger, and I’m looking forward to making that happen. It’s not the time you have, but what you do with the time that counts.”

He values time with family, friends and his dog (a white boxer). He is an involved father and is proud to be on the Board of Southpointe Academy in Tsawwassen, where his kids attend school.

“I don’t have a lot of hobbies per se, but I’m fortunate to be passionate about construction and development, so I really get to live that every day. But I do have a 1972 BMW, 2002, and a 1991 BMW E30 convertible which I’m trying to make some progress on.”

He is inspired by anyone carving a path on their own, adding value to society, and being a good human along the way.

“I don’t care about what they’re doing specifically, only that they’re trying to move the progress needle for themselves, their organization, or their cause.”

His advice for youth. “It costs you nothing to be kind. So be kind. I tell my kids this all the time.”

“Also, it’s so easy for our youth to feel entitled or that something is owed to them. Well, nothing is owed to you. You are responsible for all of it. You can make your own future. It won’t be easy, but it will definitely be rewarding.”