The 8th annual Indian Summer Festival returns to Vancouver, bringing global arts and culture to venues across the city from July 5 to 15.

The 8th annual Indian Summer Festival returns to Vancouver, bringing global arts and culture to venues across the city from July 5 to 15.

A continent-spanning range of award-winning artists, world-renowned musicians and international visionaries will collaborate at inclusive, multi-arts events that will entertain audiences, and encourage intercultural dialogue.

“To celebrate our 8th year, we’ve taken on our biggest theme yet” says Sirish Rao, Indian Summer Festival Artistic Director. “Mythmaking explores ten centuries of human imagination by presenting story-telling in all its many forms. As ever, our approach includes unexpected pairings of the local with the international, traditional with contemporary, from the inheritors of ancient oral storytelling traditions to some of the world’s sharpest journalists guiding us through the contemporary mythmaking that is fake news.”

First round of lineup announcements:

5×15 (July 7) – The festival plays host for the fifth year running to this ever-popular global speaker series, featuring five eclectic artists who will speak for fifteen minutes, unscripted, on a topic they are deeply passionate about. This year’s all-star lineup at The Imperial Vancouver includes Jarrett Martineau, Co-Founder of contemporary indigenous music record label, Revolutions Per Minute, and prize-winning CanLit luminary, Charlotte Gill.

Confluence (July 7) – An inspiring evening of word and music at The Imperial, bringing together Indigenous and South Asian artists such as Emmy and Juno Award-nominated music producer Adham Shaikh, interdisciplinary artist Rup Sidhu, Anishinaabe singer-songwriter Ansley Simpson, and one of the most compelling Indigenous voices of her generation, writer and musician Leanne Simpson.

Living Legends – a rare performance of Sanskrit theatre, performed by the Nepathya troupe (July 9) at the Chan Centre – The first time that Kutiyattam, India’s oldest surviving form of Sanskrit theatre, will be performed in Canada. This ancient art-form has remained unaltered for hundreds of years and has been declared by UNESCO as a ‘masterpiece of the oral and intangible heritage of humanity.’ 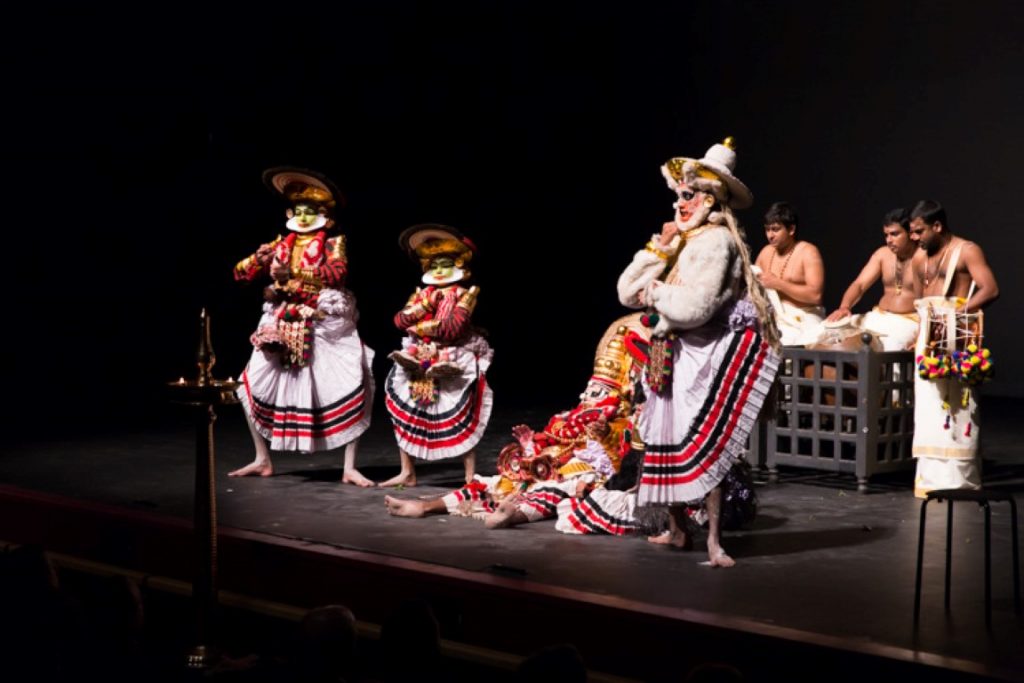 Hariprasad Chaurasia in Concert (July 14) – Presented by Nature’s Path. Undisputed maestro of the flute, Hariprasad Chaurasia, makes a rare visit to Vancouver. A living legend, he is counted among the last of the great masters of the North Indian Bamboo flute, and is best known for popularizing Indian Classical Music all over the world. He has created music with icons such as John McLaughlin and The Beatles’ George Harrison, and on July 14, is joined by French flautist, Jean-Christophe Bonnafous and classical tabla virtuoso, Subhankar Banerjee at The Orpheum Theatre.

Songs for Scheherazade (July 15) – a spectacular outdoor performance in the stunning formal gardens of the Ismaili Centre from celebrated sitar player Mohamed Assani and one of the world’s only professional all-female orchestras, the Allegra Chamber Orchestra.

More exciting additions to the festival lineup to be announced in the coming weeks!

Established in 2011, Indian Summer Festival is a multi-disciplinary arts festival ‘where worlds meet’ in Vancouver. The festival fosters true curatorial risk-taking by bringing unexpected genres together, and focusing on artistic collaboration between the finest artists and visionaries from Canada, South Asia and beyond. It is produced by Indian Summer Arts Society, a not-for-profit charitable arts organization based in Vancouver, Canada. Its mission is to offer daring, multi-arts events that bring together diverse artists, audiences and artists in a spirit of global dialogue and citizenship.