Destination BC’s Board of Directors has appointed Richard Porges as Interim President and CEO effective August 20, following the appointment of Marsha Walden as CEO of Destination Canada.

Richard Porges has been an integral part of Destination BC’s executive team since 2011 and holds extensive knowledge of and experience working with BC’s vital tourism industry and economic development. Richard was previously Destination BC’s Vice President of Corporate Development. Richard joined the corporation’s research department in 1999, and moved to progressively more senior roles within the provincial government and Destination BC. As Vice President of Corporate Development, Richard provided strategic leadership for Destination BC’s corporate communications, research and analytics, human resources, and corporate services departments. In addition to his role at Destination BC, Richard is also a regular lecturer with the University of Victoria’s Department of Economics. Before joining Destination BC, Richard taught in the Economics, MBA and MPA programs at the University of Victoria, and was a consultant for several government and non-profit organizations.

Richard and the Corporation’s staff will continue to deliver Destination BC’s programs and services to support BC’s vital tourism industry. The Corporation will also continue to work closely with Minister Beare, Ministry staff and industry partners across the province.

Destination BC’s Board of Directors is hiring an executive search firm to undertake a global recruitment process, to fill the position of President and CEO permanently. The Board is seeking a candidate who has the leadership to drive the organisation’s strategic goals, and support BC’s tourism industry during one of the biggest challenges the sector has ever faced due to COVID-19.

Destination BC’s Board of Directors, executive team and staff wholeheartedly congratulate Marsha on her new appointment and wish her tremendous success at Destination Canada. The team thanks Marsha for sharing her strategic lens and creative skills, which guided Destination BC from its infancy as an organisation, to an internationally recognized industry leader in tourism marketing and destination development. Initially appointed in 2013, Marsha Walden was Destination BC’s first permanent President and CEO. 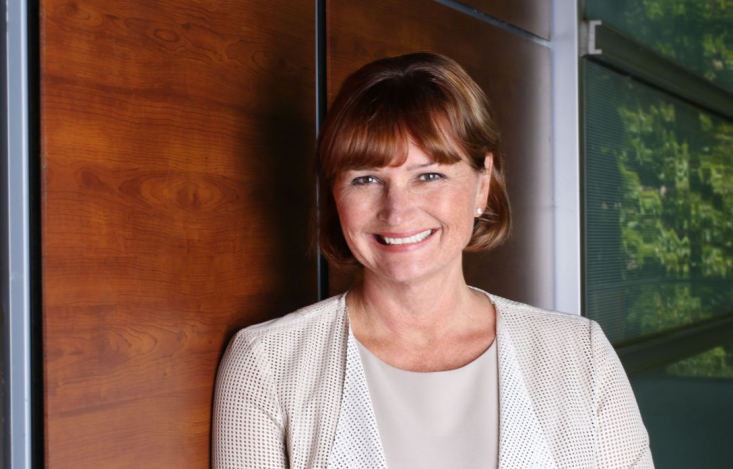 Dawn Black, Board Chair, Destination BC

“We are confident that Richard Porges will skilfully lead the corporation through the next few months, as we initiate the recruitment process to permanently fill the position of President and CEO. Destination BC has long enjoyed a positive relationship with Destination Canada, and we look forward to continuing to work closely with Marsha and her new team. As British Columbia generates 25% of Canada’s overnight tourism revenues, having a leader like Marsha at the helm of Canada’s destination marketing organisation, is great news for tourism in BC.”

“As she transitions to her new role with Destination Canada, I want to congratulate and thank Marsha, who has worked tirelessly since 2013 to support BC’s tourism industry and make our province a global destination of choice, and has been a remarkable leader for Destination BC. While our leadership is changing, our priorities are not. Destination BC’s focus remains on supporting our industry through these unprecedented times, and we will continue to move forward with the partnerships, programs and recovery efforts currently in place. Please continue to engage with us, follow our channels, and subscribe to our newsletter, as we forge ahead together.”

“I want to thank Marsha for her many contributions to Destination BC over the past nearly seven years, including most recently her strong leadership and communications with the sector during the pandemic,” said Lisa Beare Minister of Tourism, Arts and Culture. “Having worked with Richard Porges, I am confident that he will continue to provide excellent leadership over the coming months as we look to permanently fill the President and CEO position and as we continue to work towards a strong and competitive future for BC’s tourism industry.”