As a child, Jaskaran was always fascinated by his father’s research work that he would always tag along with him when he would go to his laboratory. He was so amazed at the ability of a small seed to turn into a full-grown plant, bloom, and bear fruits.

As a child, Jaskaran was always fascinated by his father’s research work that he would always tag along with him when he would go to his laboratory. He was so amazed at the ability of a small seed to turn into a full-grown plant, bloom, and bear fruits.  After high school, he pursued a Bachelor in Agricultural Engineering at Punjab Agricultural University, India. He realized the importance of soil and water in agriculture and to humans, animals, and the environment—and he wanted to solve these problems through water engineering research.

Jaskaran’s final year project was geared towards the betterment of farmers in Punjab, where the falling water table in Central Punjab is a major problem today. The study aimed at finding a safe installation distance between submersible-wells (tube-wells) in the Central region of Punjab to avoid decreased discharge and well-interference. The results of the study were published in a renowned journal and newspapers, a first significant academic achievement for Jaskaran. After earning his bachelor’s degree, Jaskaran started working for a German combine harvester manufacturer company (CLAAS) as a senior design engineer in research and development. However, he wanted to contribute more towards the noble cause of protecting the environment. Hence, he accepted a funded position at Auburn University, Alabama, the USA, where he worked on developing a statistical prediction model for different properties of biomass dust. The study aimed at benefitting biomass handling facilities by minimizing risks associated with dust ignition and explosion.

Jaskaran then pursued a doctorate under the supervision of Prof. Shiv Prasher in the Department of Bioresource Engineering at McGill University, Montreal, Canada. His study aimed at promoting the safe use of wastewater for agriculture. Many parts of the world face a freshwater shortage, and agriculture is the largest consumer of freshwater. Left with no choice, farmers in these areas often resort to using wastewater for irrigation. With increasing urbanization and intensive agricultural and animal rearing practices, more and more contaminants invade the wastewater with heavy metals, steroidal sex hormones, pesticides, and pharmaceuticals where through the plants, they would enter the food chain causing harm to human health. During his Ph.D., Jaskaran studied the effect of using biochar and hydrogels as soil amendments to reduce the uptake of these contaminants.

Jaskaran is also sports-minded. In university, he was a member of the basketball team, winning numerous prizes in inter-university competitions. Through his creativity, he won several awards in creative writing and cartooning. In university, he was elected president of Alpha Epsilon, an honor society for outstanding agricultural, biological, and food engineers at Auburn University, Alabama, USA. Jaskaran served as a Let’s Talk Science (LTS) Volunteer at McGill University, an organization that tries to engage and motivates school students towards science, technology, engineering, and math (STEM). In 2019, Jaskaran also served as a MITACS Globalink Mentor at McGill University, where he mentored summer internship students from around the world. He was also a member of the International Advisory Board at C.T. University, India, in December 2018, where he provided independent external advice on research and educational activities, lecturing for the benefit of students and faculty. 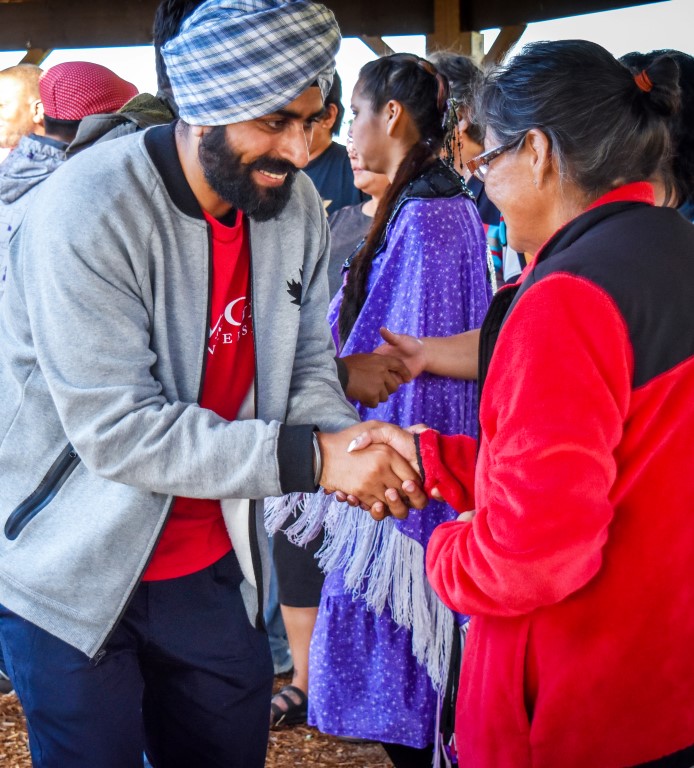 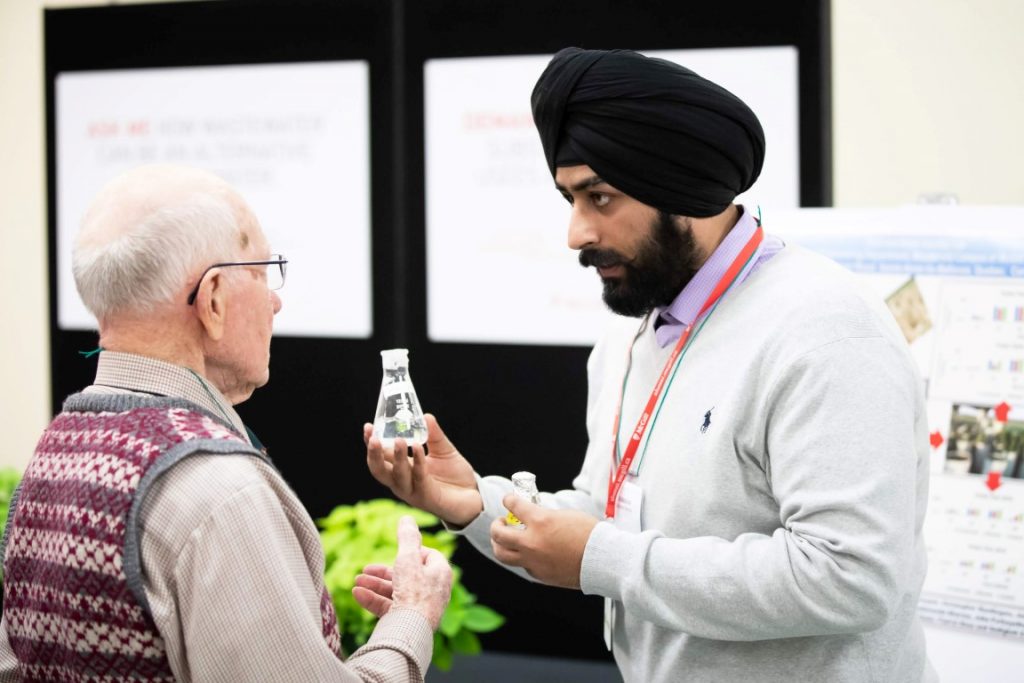 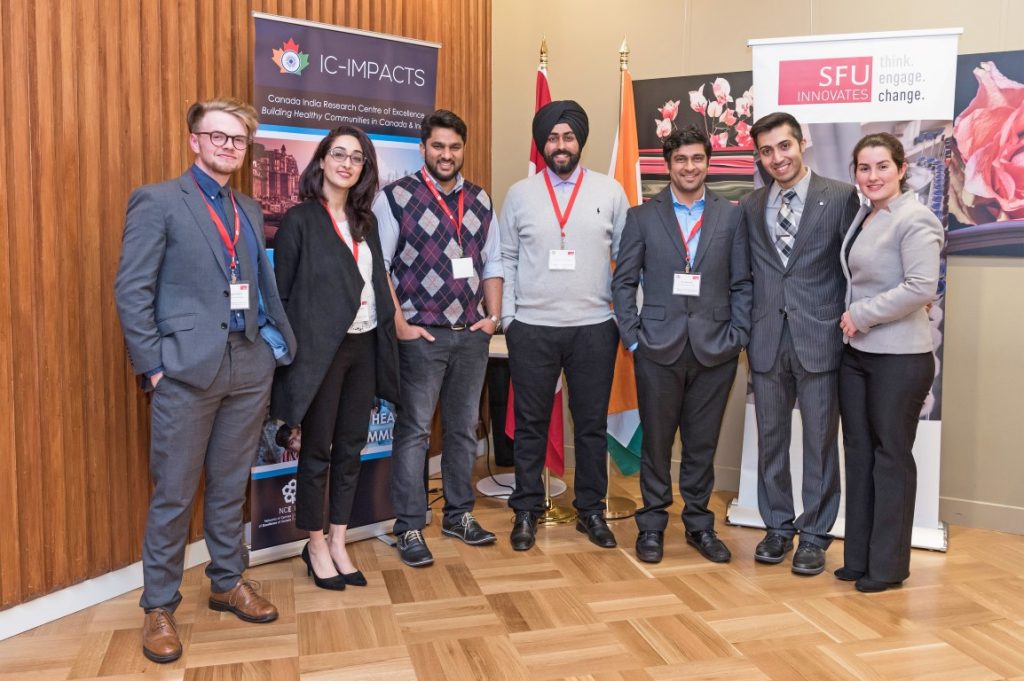 In 2014, Jaskaran was introduced to IC-IMPACTS (India-Canada Centre for Innovative Multidisciplinary Partnerships to Accelerate Community Transformation and Sustainability) by his supervisor Prof. Shiv Prasher. He has been associated with the organization since then. In 2017, IC-IMPACTS paved the way for him to interact with the community of ?aq’am First Nations at Cranbrook (BC, Canada), dealing with water-related issues the First Nations communities were facing. He organized a committee for an IC-IMPACTS sponsored international event called SUSWAM (Sustainable Solid Waste Management). In 2018, Jaskaran served as a regional research coordinator in IC-IMPACTS’ Student Engagement Committee (SEC) to train HQPs in finding low-cost and low-tech solutions for water quality-related issues in a rural community in India and the Indigenous communities in Canada. He conducted a workshop in India, attended by experts from government officials, farmers, students, professors, and researchers from the USA, Canada, and India. He was appointed as chair of the SEC involving student/HQP, in preparation for a student workshop on the commercialization of technologies in India in 2019.

Jaskaran believes in sharing his knowledge, so he has authored ten peers reviewed publications and has been a part of more than 35 papers presented at various events.

Jaskaran has received numerous awards while pursuing higher education. His master’s research, tuition, and stipend were funded by U.S. Department of Energy (USDOE) and U.S. Department of Agriculture (USDA). He was also awarded the prestigious Schulich Graduate Fellowship Entrance Award. He received numerous ‘Graduate Research Enhancement and Travel Awards’ and ‘Graduate Excellence Awards’ from the Department of Bioresource Engineering at McGill University. Jaskaran’s Ph.D. research was supported and funded by the National Sciences and Engineering Research Council (NSERC) of Canada and IC-IMPACTS. He also received the ‘Mitacs Globalink Research Award’ for Summer 2018, to research wastewater treatment in rural areas of Punjab, India.