Robin Dhir was born and raised in Vancouver. His parents settled from Punjab in 1969. “I am so thankful that they settled in Vancouver; they chose right in my mind.” His parents were very much involved in the community, right from the onset, and it is a value that was apparently passed down to Robin. Robin volunteers his time with many organizations including Junior Achievement of BC, Business Laureates of BC, BC Children’s Hospital Foundation, and Simon Fraser University’s India Advisory Council.

One of the many community-based initiatives Robin became involved in was A Night of Miracles, which is going on its tenth year. The gala has raised $5.5 million for BC Children’s Hospital. “I would see many parents who had sick children, what they were going through, and it was a way for our community to support those families, and support this great hospital. The community has done so many positive things, and we have so many people from the community that has excelled. I wanted to celebrate that.”

Robin was also part of a group that helped to bring the recent World Junior Hockey Tournament to BC. The host committee formed the Playmakers group, which brought together business, community and sports leaders from across B.C. to serve as event ambassadors and strategic advisors. The Playmakers were successful in supporting initiatives around community engagement and in promoting the benefits of hosting the World Juniors in this province. Robin was a member of the playmaker’s group. 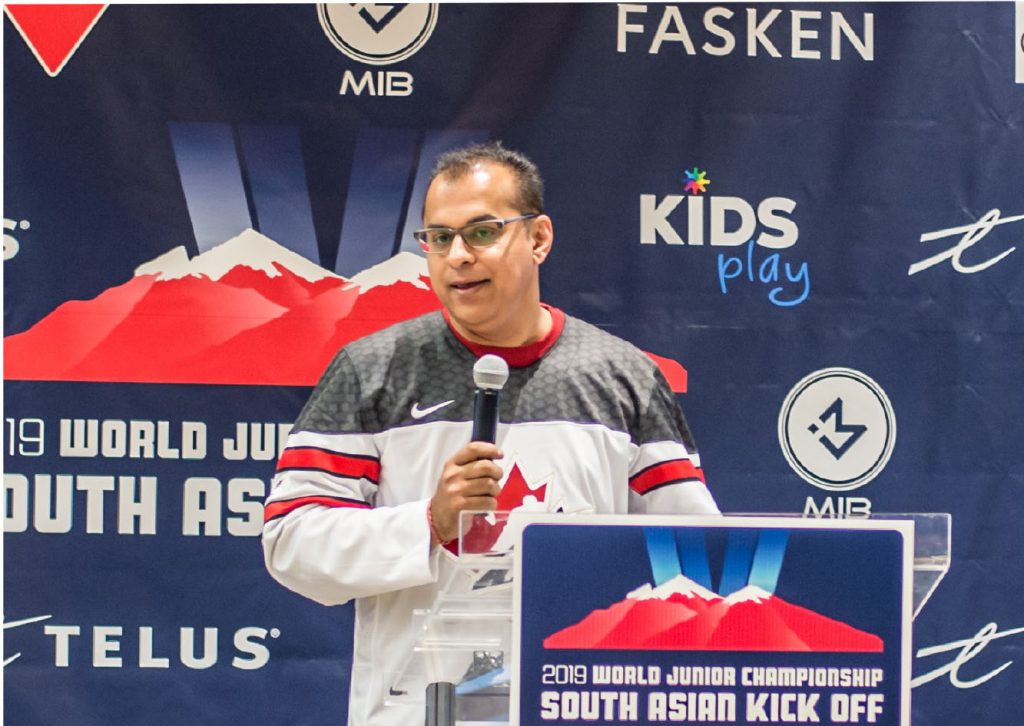 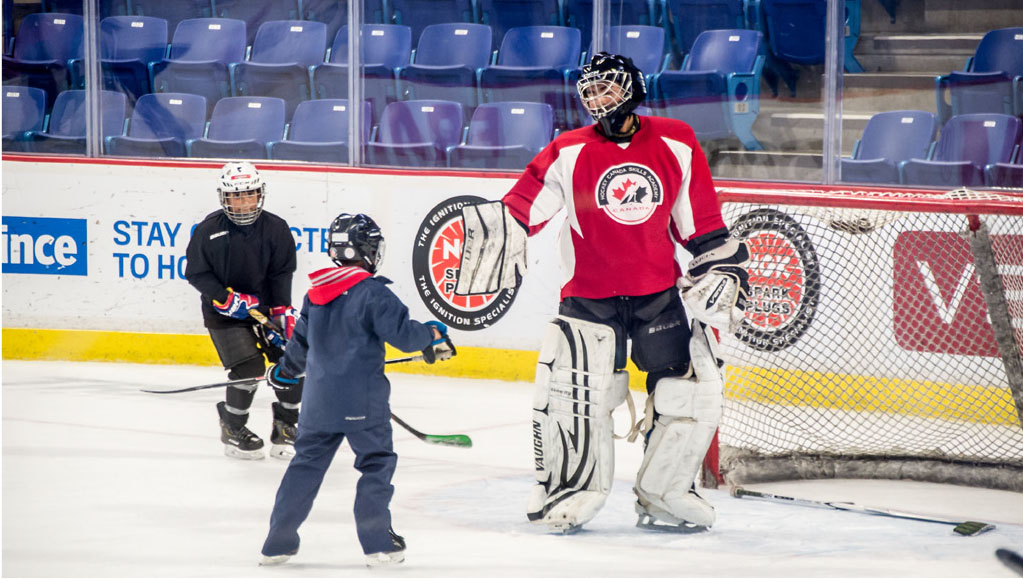 Michelle Collens, Manager, Sports Hosting Vancouver for the City of Vancouver, was another member of the Playmakers group. “Michelle and I would see each other at different events over the years, and she asked me to get involved with the bid for the World Junior Hockey Tournament,” Robin explains. “I was asked to be one of the Playmakers, and I figured if I’m going to be part of something, I want to make sure I can make a tangible contribution,” he advises. “So I asked, would there be an opportunity to do something that would be South Asian community focused?”

He found there was considerable interest in his proposal, and it ultimately culminated in Hockey Canada, Canadian Tire and TELUS, in cooperation with Kids Play Foundation, inviting the South Asian community to the Langley Events Centre this past December 23rd as one of the major events held during the World Junior Hockey Tournament. It was a fun day of skating, practicing some hockey drills, and inviting South Asian youth and families to learn more about the sport as well as about Hockey Canada. “We were able to pull in some great community support, and we were able to pull off a great event. A completely free event for the community,” Robin advises.

In Michelle’s role as Manager, Sports Hosting Vancouver, she works closely with all levels of government, tourism partners, and community organizations in bringing to the regional events that will drive economic and social development opportunities. Born in Ontario, Michelle and her family moved to Vancouver in the mid-1980s. An athlete herself (having played varsity volleyball previously for the University of British Columbia Thunderbirds), before her current role, Michelle has worked with other sports-related enterprises, including UBC Athletics, Sports Kelowna, 2010 Legacies Now, and BC PavCo. She is also actively involved with KidSport Vancouver, British Columbia Golf, First Tee of Greater Vancouver, UBC Alumni Advisory Board, and Team BC for the 2017 Canada Summer Games.

“We have a population of diverse communities that are very interested in the World Juniors, and I felt we needed to ensure our bid for the game and the committees that were involved needed to reflect that,” Michelle explains. “The South Asian event was the first time Hockey Canada had done anything like this, and it was a great success.”

Michelle states “I think this served as a blueprint of how to engage with a community, in a way that it can be initiated with all types of sports in a way to bring communities together.”

“The Stakeholder engagement is so important to us that we are constantly engaging with the community. We are not doing this by ourselves,” Michelle advises. “The more we grow, the more we connect with like-minded people and groups, and we find there is so much energy that allows us to be successful. It’s a partnership, it is completely open to stakeholder engagement.”

While the Playmakers’ official role ended with the completion of the World Junior Hockey Tournament, some of the key players – like Michelle and Robin – look forward to continuing to unite communities through sport.

“Now that we were able to do it once, we look forward to other opportunities to connect with the South Asian community through sport,” Robin advises. “Our community has done very well. I feel everyone should try to find whatever is their passion, and find a way to give back. When you do that, your kids, your friends, your family, your colleagues, your network, they see that, and then they are inspired to give back. I think when we can all do that, we find great harmony.” 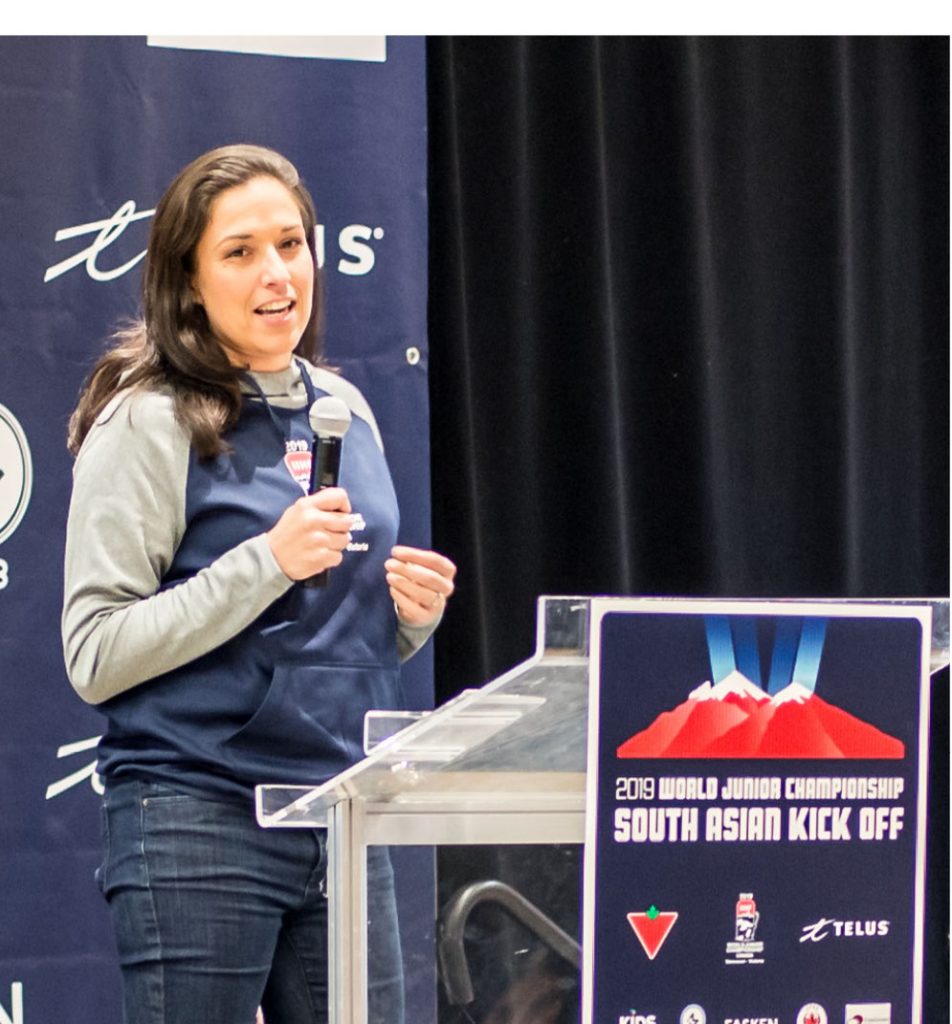