Perminder Chohan draws from his twenty-eight years as a respected businessman and kind-hearted philanthropist in this inspiring guide to achieving success in your life and career. From growing up in poverty in a small Indian village to his current esteemed position overseeing five-hundred employees in the financial services industry in Canada, he will tell you his story and give you the steps you need to let go of the past, focus on your goal, and execute your plan to get there.

Chohan’s determination and resilience never allowed his problems to be bigger than his dreams, even when he struggled with failure earlier in his career, and he is now one of the most successful people in his field. My Ten Secrets to Success is a wise, practical book that will help you discover what’s holding you back and give you the tools to achieve what your heart desires.

“Canada is a land of equal opportunities. Everything is possible if you’re ready to take the first step. And I’m here to help, if someone needs me.”

Perminder Chohan has co-authored two bestselling books, Uncommon with Brian Tracy and Performance 360 Success with Sir Richard Branson. He has been awarded numerous excellence awards during his almost three-decade career and has been interviewed on NBC, ABC, Fox, and other television networks. He has also been honoured for his philanthropic work, including receiving the Spirit of Generosity award by Drishti Media and NRI person of the year by NRI institute as a Global Leader in Business and philanthropy. His office has sponsored more than thirty-six charities, such as the Surrey Memorial Hospital, B.C. Children’s Hospital, Ronald McDonald House, the Heart and Stroke Foundation, the Surrey Food Bank and the Canadian Cancer Society. He lives in Surrey, BC, with his wife of twenty-eight years, Deep Chohan, and he has a daughter, Henna, and a son, Armaan. 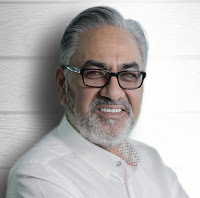