Telling stories that make a difference was the reason Bal pursued journalism. In fifteen years, she has reported national breaking news while living in Ottawa, chased tornadoes and floods across Alberta, and pursued powerful organizations on behalf of the public in British Columbia.

It has been a long and winding road for CBC journalist Bal Brach, as she made her way from working at a student newspaper in high school to making her mark on the Canadian media landscape. Bal has navigated a competitive industry with passion and integrity. Her love of current affairs has led her to work for Canada’s major news networks—CTV, Global, and CBC News in Ottawa, Calgary, and Vancouver.

“I’ve always loved writing and telling stories. I knew that I’d do work one day that would make a difference in someone’s life. That’s my aim with all the stories I tell. To enlighten, inform and create positive change.” 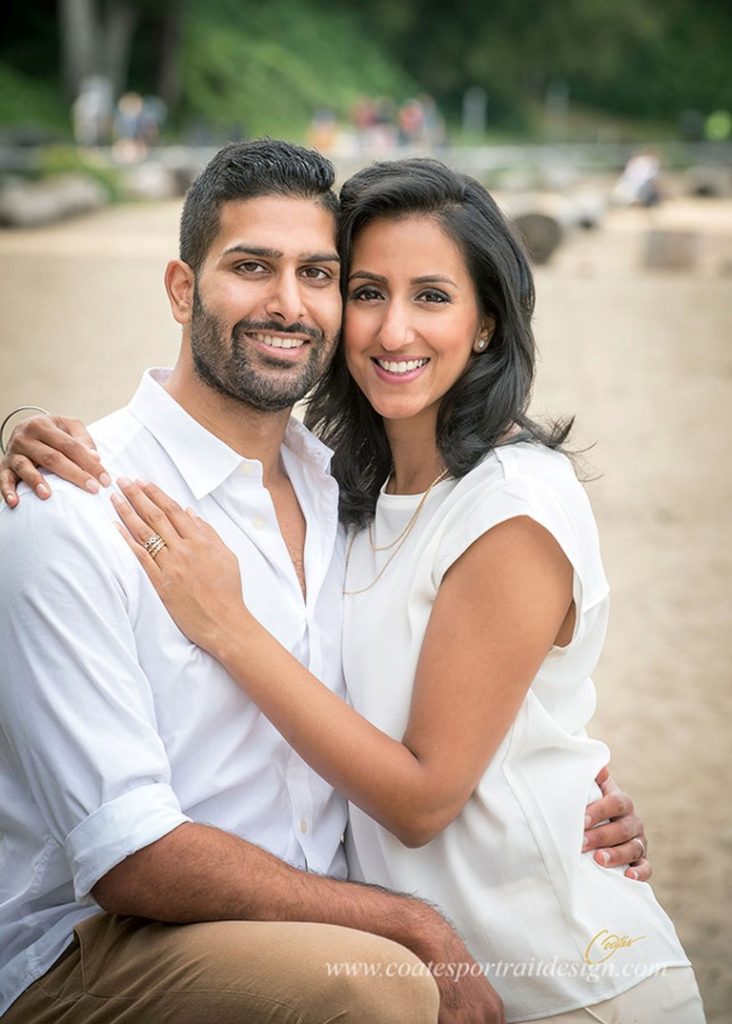 Telling stories that make a difference was the reason Bal pursued journalism. In fifteen years, she has reported national breaking news while living in Ottawa, chased tornadoes and floods across Alberta, and pursued powerful organizations on behalf of the public in British Columbia.

“It hasn’t been easy — people have threatened to sue for taking them to task, but usually when that happens, I know I’m doing something right. I make sure my reporting is fair, balanced, and accurate.” 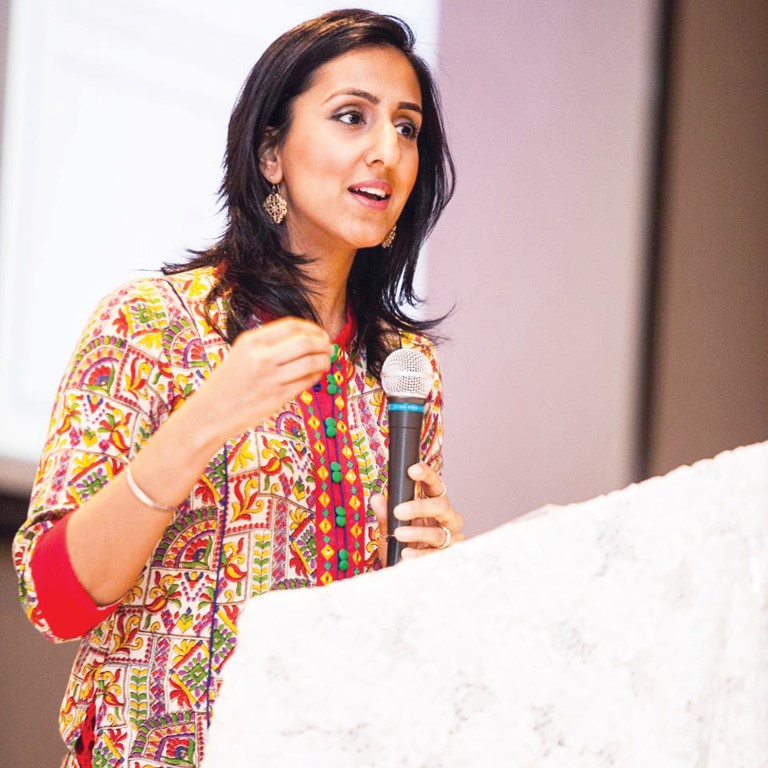 Bal has been nominated for more than a dozen awards, including a Canadian Screen Award; won regional & national Radio Television Digital News Association (RTDNA) awards; and the highest honor in B.C. journalism—the Jack Webster awards. In the foundation’s 30+ year history, she is the only South Asian to be twice named a Webster Award winner and a fellowship recipient. 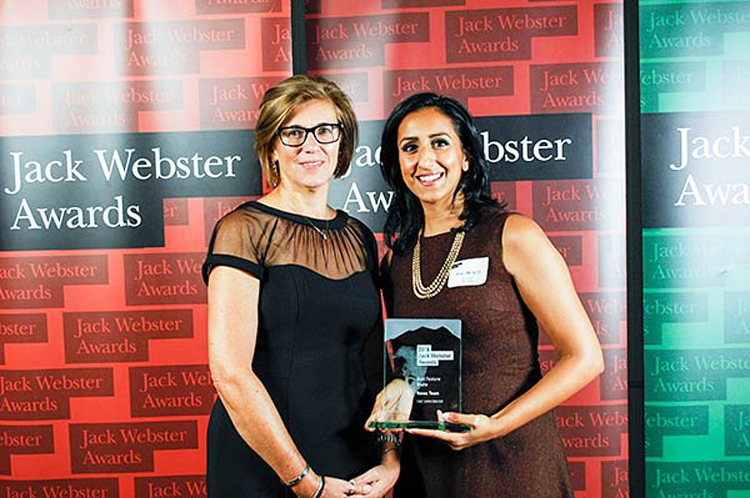 “It’s humbling to be recognized by your peers. More importantly, the stories that garnered these accolades have been important pieces of journalism. It’s a privilege to tell these stories.”

Some of Bal’s most memorable stories over the years have come from within the South Asian community.

“I’m lucky to know how to speak, read, and write Punjabi and I’ve used it many times in my work.  I recently did a story about a kidney transplant recipient that was denied a visitor visa for a relative that would have assisted the patient during the latter’s recovery. The story subject wasn’t comfortable speaking English, so we did the interview in Punjabi.”

After pressing Ottawa for an explanation the refusal, the federal government changed its decision and issued the visa. “I know it shouldn’t take a journalist to get that kind of answer, but it just goes to show how vital journalists are to a functioning democracy. We need to hold the government to account and question its decisions—however big or small those decisions may seem.”

Whether it’s guest-hosting a show on CBC or producing a series for the network, Bal is equally as comfortable behind the scenes as she is in front of the camera. 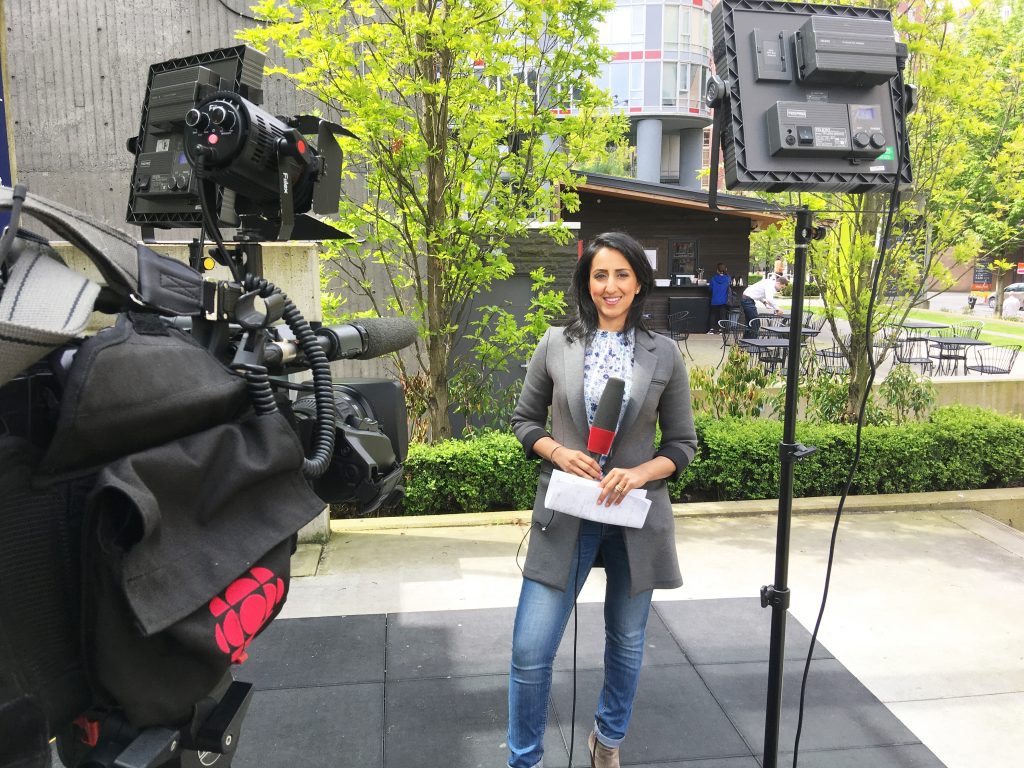 “I love all aspects of journalism, but anytime I get to take an in-depth look at an issue—whether it be the Syrian refugee crisis or housing affordability in B.C.—those stories are the most meaningful.”

In 2016, she produced, directed and narrated an independent documentary on the growth of the Indian wedding business in Canada. The documentary “Little India Big Business” explored the commodification of ceremonies associated with South Asian weddings. “It’s a story that needed to be told. I saw this booming multi-million dollar industry in Surrey that deserved a closer look . I knew there wasn’t a way to tell the story in my day to day work, so I started a production company, pitched the idea to another department at CBC and eventually, they licensed the documentary. It was a steep learning curve, especially on the business affairs side of things but I’m glad I did it.” 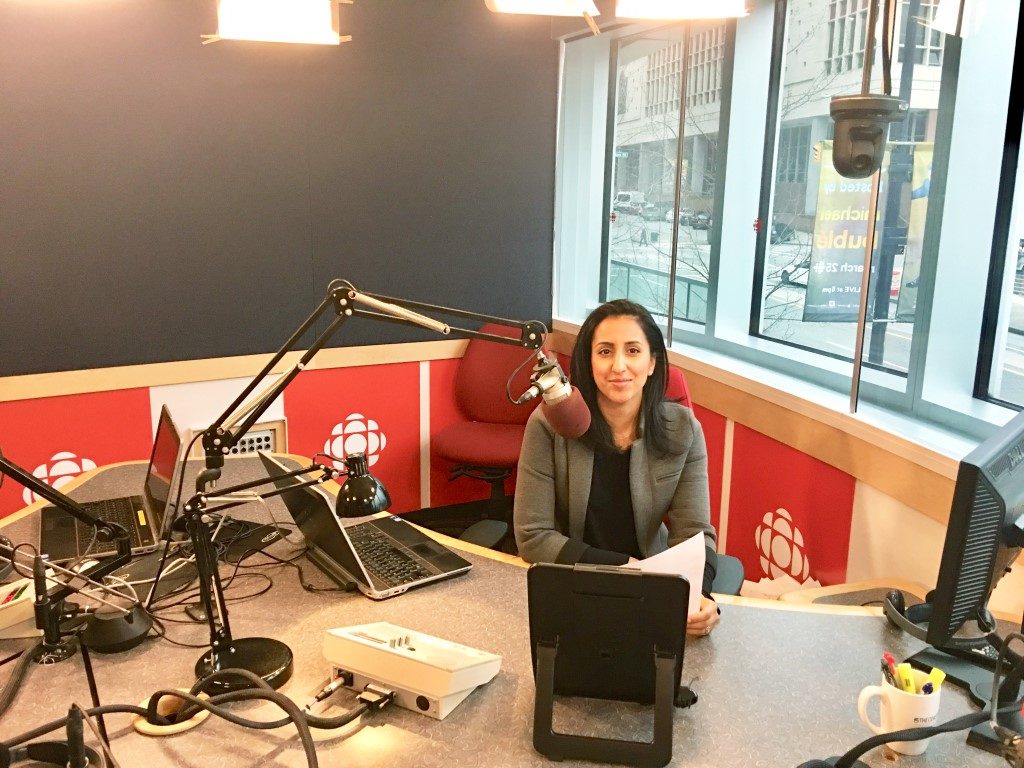 The film aired across Canada on CBC Television & the Documentary channel. It also screened at more than a dozen international film festivals. In 2017, “Little India Big Business” was a finalist in the prestigious New York Festivals as one of the world’s best cultural documentaries.

“I was blown away by the response from the public. I had messages from South Asians around the world asking to see it. Some said this was the first time they had seen so many powerful South Asians on one screen. It just goes to show how deep the desire is for people to see themselves reflected in the media they consume. We need more stories like this. We have to go beyond the word ‘diversity’ and ask ourselves if what we see in the media is genuinely reflective of the population. Canadian press still has a long way to go to be fully representative of the audience.”

Bal’s love for journalism and storytelling began early—at home—growing up when the newspaper deliveries would arrive in the morning and the evening news would be on every night around dinner time. “Looking back, these daily rituals of consuming the news helped shape my world view. My dad made sure we also had a National Geographic subscription, so this early exposure to the world around me sparked an interest in current affairs and travel.”

Bal grew up in a middle class, multi-generational, immigrant household with two full-time working parents. “I am the daughter of immigrants and both my parents worked full time while raising four kids and supporting an extended family. It wasn’t always easy, but I learned a lot from their sacrifice. I’ve been working and volunteering since I was fifteen, and I think that work ethic and the drive was ingrained in me from a young age.”

Her maternal grandmother lived through India’s partition, and Bal says hearing stories about her family’s past also informs her work today. “We have an international refugee crisis at the moment—millions of people are being forced to leave the only homes they’ve ever known. When I hear my Nani tell me how this happened to her as a child, I can’t help but have compassion and understanding. I think if more people knew their own history, we’d have more empathy for others.”

Bal says she’s cautious about giving career advice to others. “I always caution young people—be careful who you accept advice from; follow your own internal compass, and it will lead you to your own path. If I had listened to certain people along my journey, I might not be where I am today.”

On Family & the Future

Bal’s husband Shiv Deol, a Chartered Accountant and partner at Horizon CPAs, grew up in the same South Vancouver neighborhood and the pair met in high school. “Luckily, our paths crossed early, and we’ve grown together over the years. We both have very demanding careers today, but I still remember when I worked in retail for $7 an hour, and Shiv was stocking shelves at a grocery store. We’ve definitely come a long way since then!”

The couple welcomed their first child in 2018, daughter Diya Kaur. “We’ve traveled all over the world together and had lots of adventures, but parenthood by far is the wildest and most fulfilling journey. I didn’t think my love for Shiv could be any deeper, and then Diya came along and added this new dimension to our lives.” 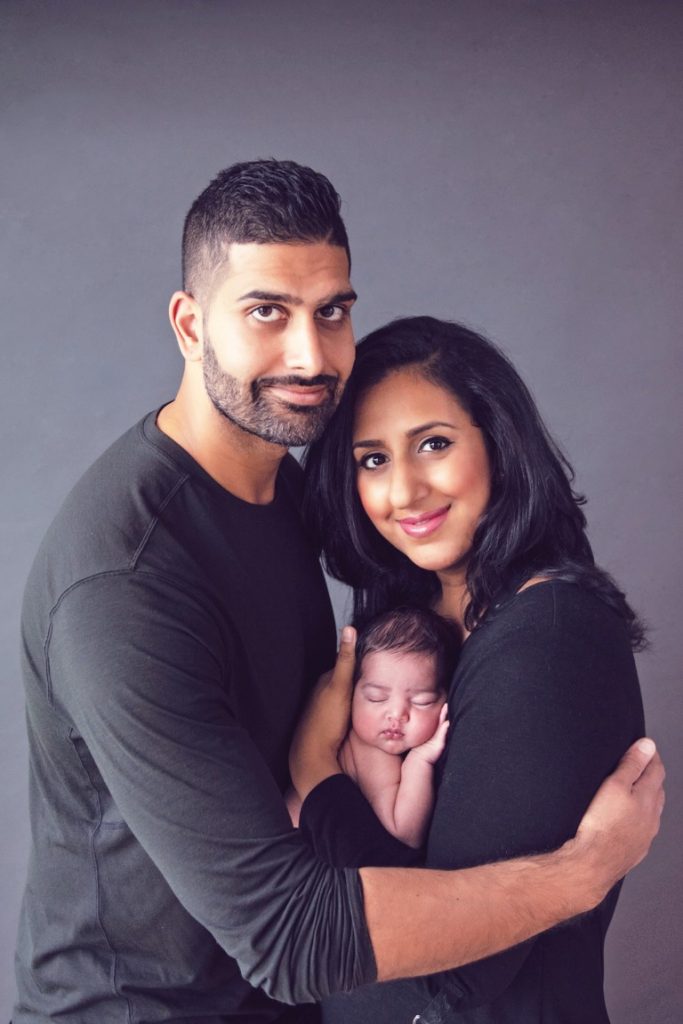 As for the future of documentaries and journalism, Bal says she’s eager to get back to telling important stories. “My curiosity has always led the way, and this new role of mother has ignited even more ambition within me.”