As more and more car companies offer fully electric cars (EVs), the choice is ever-widening – with EV SUVs, Crossovers, and even pickups set to enter the market place.  Whereas once you could only choose from a Tesla or a Nissan Leaf, there are EV offerings from a range of automakers. There are many notable advantages of owning an electric vehicle, but in short: They are better for the environment, and electricity can be a renewable resource, while gasoline is not.

As more and more car companies offer fully electric cars (EVs), the choice is ever-widening – with EV SUVs, Crossovers, and even pickups set to enter the market place.  Whereas once you could only choose from a Tesla or a Nissan Leaf, there are EV offerings from a range of automakers. There are many notable advantages of owning an electric vehicle, but in short: They are better for the environment, and electricity can be a renewable resource, while gasoline is not.

The disadvantages of owning an electric car include such factors as a higher initial cost than gasoline cars, shorter range than gas-powered vehicles, and the need to recharge the battery that does take time. However, as battery technology improves and becomes cheaper, the prices are expected to drop to a point where EVs will be as affordable and reach price parity with gasoline engined cars. Another advantage of buying an electric vehicle far outweighs the disadvantages in so many ways; electric vehicle costs significantly less to run and maintain than a gas-powered car. There is no gas to buy anyway! No oil changes and fewer moving parts to break or wear out. Also, original owners of electric vehicles can receive local and federal government rebates, credits, and incentives to offset the initial cost.

As per the list below, the range and type of electric vehicle are also becoming more extensive, with a range of luxury SUVs and even pickup vehicles becoming available. Take a look! 2021 Audi e-tron Among the small but growing class of premium electric vehicles, the 2021 Audi E-Tron is at the cream of the crop with smooth, silent, and rapid acceleration. Paid attention, too, is the refined interior and sleek exterior – that is a hallmark of all Audi’s.

Audi says the E-Tron’s standard 150-kW DC fast-charge capability can get the vehicle from zero charges to 80% capacity in a speedy 30 minutes. Power from the 95-kWh battery goes to a pair of electric motors giving the E-Tron all-wheel drive. The maximum output is 355 horsepower. Prices could be north of $60,000. 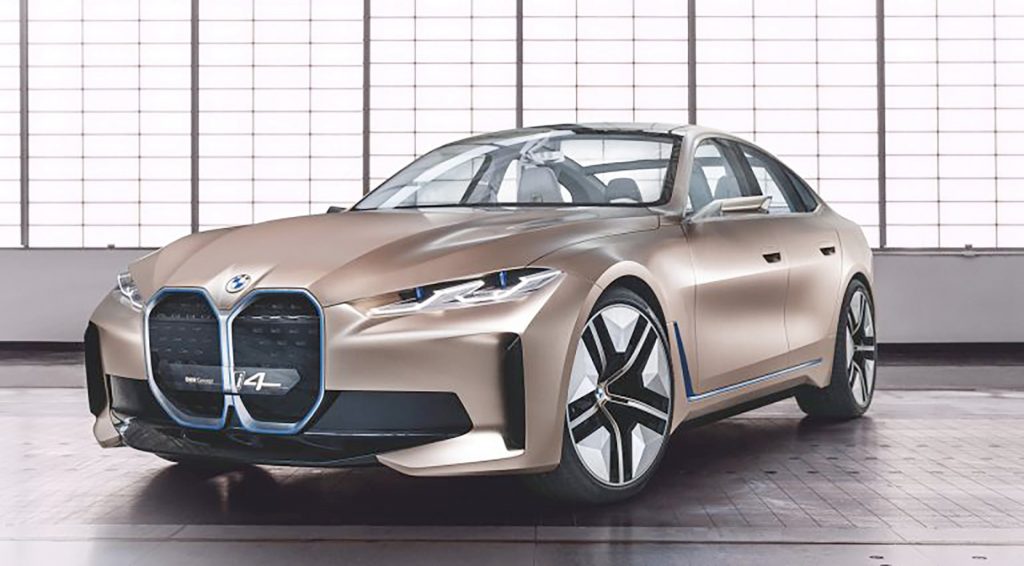 Based on BMW’s iconic 3-series, the upcoming i4 is a cool four-door that’ will compete head to head against the Tesla Model 3 and the Audi E-Tron GT. According to the grapevine, the BMW i4 will have a 530-hp electric motor and an 80.0-kWh battery pack. BMW says the all-electric four-door will accelerate from zero to 100 kph in just four seconds or faster. BMW also claims that the i4 will command a driving range of 598 kilometers miles. Equipment levels are said to be very high, while quality will be the very best. The i4 will be on sale in 2021. Official pricing starts at $60,000. 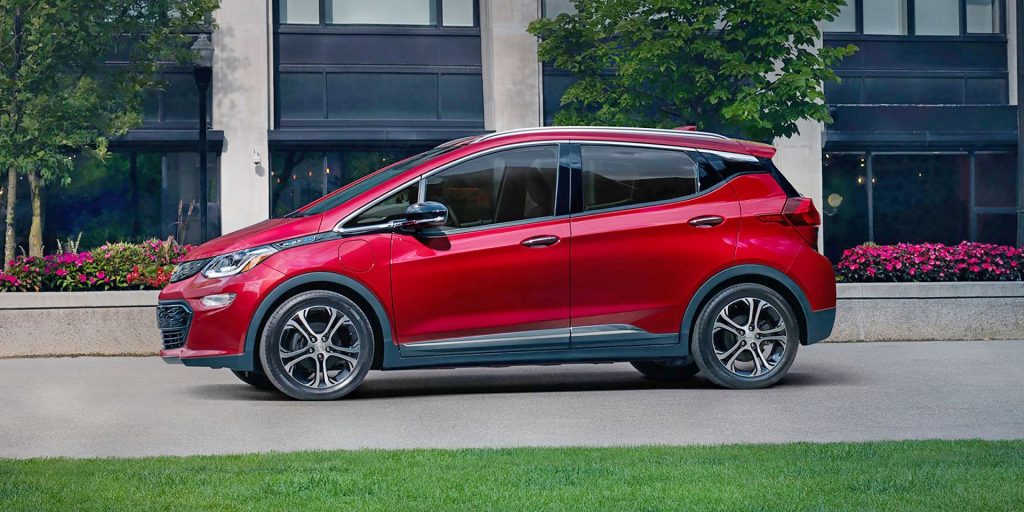 The 2021 Bolt EV is a well-proven all-electric compact hatchback with over 416 kilometers of electric driving available. It is ideal for small families and urban commuting. Despite its small dimension, it has a roomy interior and decent performance. By 2021, Premier versions of the Bolt EV now include DC fast-charging. A mid-cycle refresh of the Bolt EV is due for the 2022 model year with even more improvements. The Bolt EV starts at $37,495 in LT form, and the Premier version starts at $41,895. 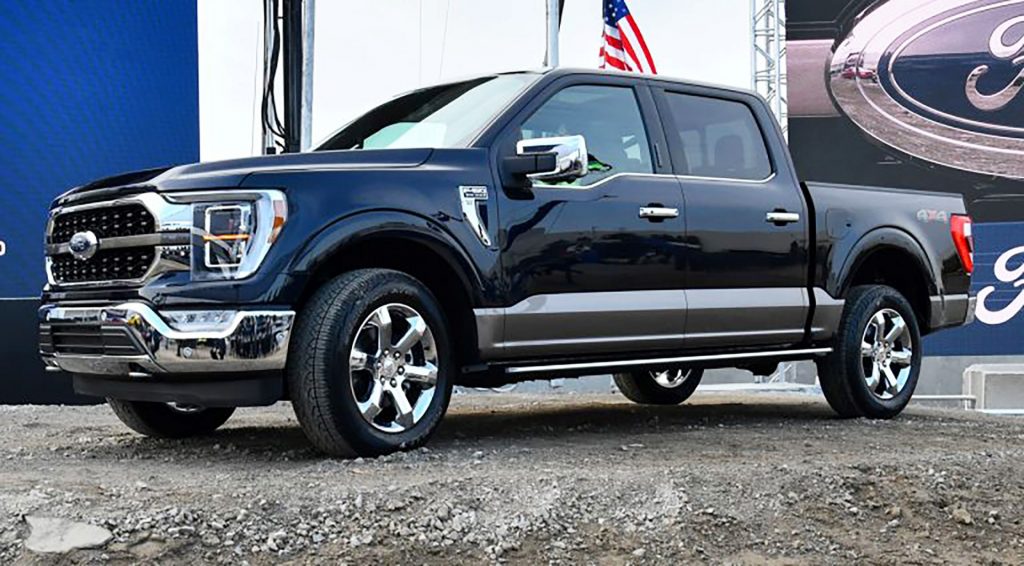 The best-selling vehicle in North America is going electric! Ford will launch the 2021 F-150’s Power Boost gasoline-electric hybrid. Initially with a twin-turbocharged 3.5-liter V-6 engine and a 10-speed automatic transmission with an integrated 35-kW electric motor. For the 2022 model year, the F-150 will have a fully electric drivetrain without compromising performance or load hauling. A rumored 321 kilometers on a full charge aided by twin electric motors and a larger battery pack. Pricing is yet to be announced.

The automobile’s future is electric. And soon, a Mercedes-Benz will lead the charge. The new EQC is the first vehicle produced under the product and technology brand, “Mercedes-Benz EQ.” It is also the first in what will be a growing family of all-electric vehicles bearing the Three-Pointed Star. With an uncompromising blend of comfort, performance, design, intelligence, and technology, the EQC blazes a new path for electric driving — and Mercedes-Benz.

The vehicle features compact electric drivetrains at each axle, which give the EQC the confident and sporty characteristics of an all-wheel-drive vehicle, delivering 402 hp and 561 lb-ft of torque, with the ability to fast-charge from 10 to 80 percent in 40 minutes,

While the new vehicle instantly registers as a Mercedes-Benz, it also forges a striking new path in design. Equipped with the industry-advancing MBUX media system, the EQC responds to the driver’s natural, conversational language. The system helps to govern the car’s functions and learns over time. Engineered with additional EQ settings to help manage the vehicle’s charge status, energy flow, range display, and other electric driving features’ Official pricing is still to be announced. The Nissan Ariya is the Japanese automaker’s all-electric crossover that joins the popular Nissan Leaf in the companies EV portfolio.

The sleek Ariya will be available in either front-wheel or all-wheel-drive configurations. It will come with two battery choices: a standard 65 kWh with an output of 160 kW (215 horsepower), the torque of 221 lbs.-ft., and a full-charge range of 321 kilometers; and a long-range 90 kWh pack with an output of 290 kW (389 hp), the torque of 443 lbs.-ft and a range of 482 km (ranges are preliminary Nissan estimates). Each battery pack is available in either the two-wheel or four-wheel models.

The Ariya offers six two-tone exterior paint combinations, each sporting a black roof, and three full-body colors. Pricing will be announced later and expected to go on sale in Canada in the latter part of 2021. 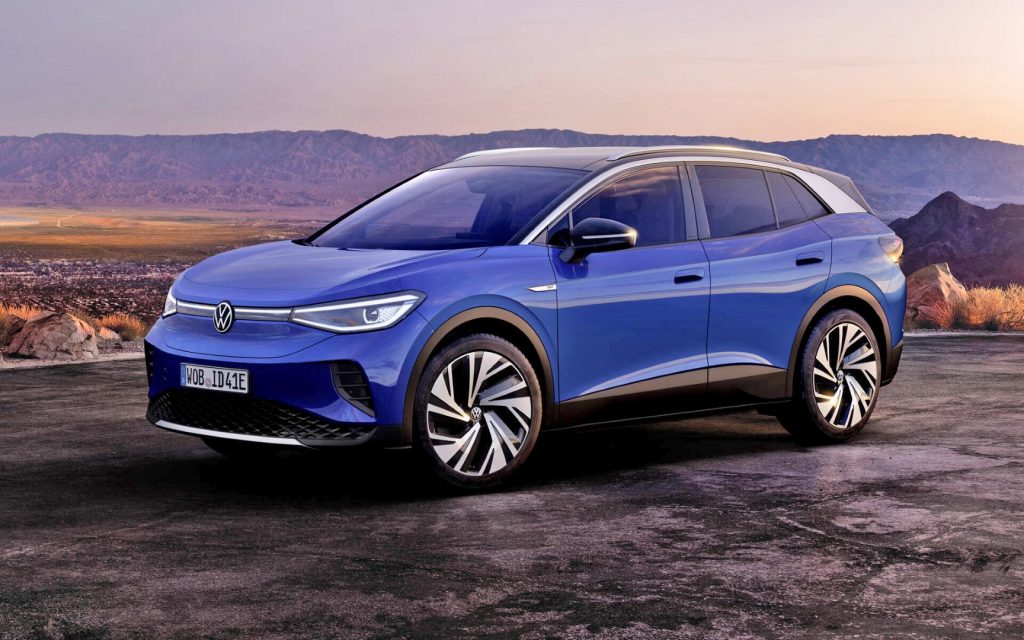 The 2021 ID.4 is the first U.S.-bound Volkswagen built from the ground up as an electric vehicle. It will be available initially with a single electric motor mounted at the rear axle and driving the rear wheels. The engine produces 201 horsepower and 228 lb-ft of torque. According to VW, it’s capable of propelling the ID.4 from 0 to 60 mph in 7.8 seconds.

A dual-motor, all-wheel-drive version with 312 hp is slated for later, offering better performance. The ID. 4’s official range ratings were recently released with a figure of 250 miles for both the Pro S and First Edition models. Pricing could start at $60.000 plus.