The creation of the Khalsa was a revolutionary event in the religious and political history of India. It was the beginning of the rise of saint-soldiers who stood against tyranny of the Muslim rulers and high caste Hindus.

The creation of the Khalsa was a revolutionary event in the religious and political history of India. It was the beginning of the rise of saint-soldiers who stood against tyranny of the Muslim rulers and high caste Hindus. Under the direction of Guru Gobind Singh, the Khalsa took up arms, and the result was most surprising. The lowest of the low people turned into warriors who saved the honor of their country from foreign rulers and pushed the invaders back.

Guru Gobind Singh considered his five beloveds superior to himself and took Amrit at their hands.  It was pure and genuine democracy. It represented spirit of the Glorious Revolution of Britain and demolished the theory of the divine rights of kingship. Creation of the Khalsa, implied that people had the right to overthrow the tyrannical government, Thus Guru Gobind Singh anticipated the Declaration of Rights by thirteen colonies in 1776.

The Guru gave the Khalsa the social idea of equality and brotherhood, there was to be no distinction of birth, caste, class or creed. Thus he enunciated 90 years earlier the principles of liberty, equality and fraternity which formed the bedrock of French Revolution.

We Sikhs celebrate this day enthusiastically throughout the world. Let us see what is the opinion of non- Sikh historians and scholars about the creation of the Khalsa.

Syad Muhammad Latif, a famous historian writes in his book ‘History of the Punjab, (1889)

‘Historians agree in praising  the great merits of Guru Gobind Singh. In him were united qualities of a religious leader and a warrior. He was a lawgiver in the pulpit, a champion in the field, a king on his Masnad, a Faqir in the society of the Khalsa. He was the right man for the   needs of the time.’ (Page 270)

Guru Govind Singh perceived that the times had changed, and was consequently determined to keep pace with them. He saw that the passive conservatism of his ecclesiastical predecessors was not suited to the time and did not tend to the diffusion of the religion. He, therefore, instituted a new code of law which not only treated of religious subjects, but infused a spirit of valour and emulation into the minds of his followers and inflamed them with zeal for deeds of heroism and bravery in the field. He placed the four great sects of the Hindus on the same level, and declared that none was greater than the other, thus adding materially to the strength of his nation. (Page 271)

JD Cunningham writes in his book – History of the Sikhs (1915)

The last apostle of the Sikhs did not live to see his own ends accomplished, but he effectually roused the dormant energies of a vanquished people and filled them with a lofty and fitful longing of social freedom and national ascendancy, the proper adjuncts of that purity of worship, which had been preached by Nanak. Gobind saw what was yet vital, and he resumed with Promethean fire. A living spirit possesses the whole Sikh people, and the impress of Gobind has not only elevated and altered the constitution of their minds, but has operated materially and given amplitude to their physical frames. (Page 75)

Duncan Green lees, a respected writer, in his famous book’ The Gospel of the Guru Granth Sahib’1975 writes on page XC1X

Circumstances in the country had changed greatly; India was under the ruthless bigot Aurangzeb and there was no constitution which could protect people from his brutalities. Under him Hindus had no legal rights, and their temples were burnt. There was nothing else to do but to submit like cowards or to resist like men. The Guru was forced to resist by the incessant attacks of jealous Hill Rajas who could not tolerate the rise of Sikhism beside them; he used violence and the sword as the surgeon when all the means have failed takes the knife. The evil of the day could only be combated only in that way.’

It is not to deny the importance of either religion or the struggle for freedom in his (Guru Gobind Singh’s) life, but it is to assert that his desire was for conditions in which his people could develop their way of life and worship in peace. (Page 266) Dault Rai, a biographer of Guru Gobind Singh, writes in his book ‘Sahibe Kamaal Guru Gobind Singh (1993)’

The Guru was able to infuse new blood and vigor in dying Hindu nation. From amongst the cowardly and supine Hindus, he created a new breed of virile and valiant people, the Khalsa, filled with the spirit of selfless service and self-sacrifice for the good of humanity and the Glory of Akal.(Page 17) Dr.  Sir Gokal Chand Narang writes in his book, The Transformation of Sikhism, Lahore (1912)

The harvest which ripened in the time of Guru Govind Singh had been sown by (Guru) Nanak and watered by his successors.  The sword which carved the Khalsa way to the glory was, un and close brotherhood  doubtfully  forged by Guru Govind Singh, but the steel had been provided by Guru Nanak who had obtained it, as it were by smelting the Hindu ore and burning out the dross of indifference and superstition of the masses, and the hypocrisy and pharisaism of the priests. (Page 17) 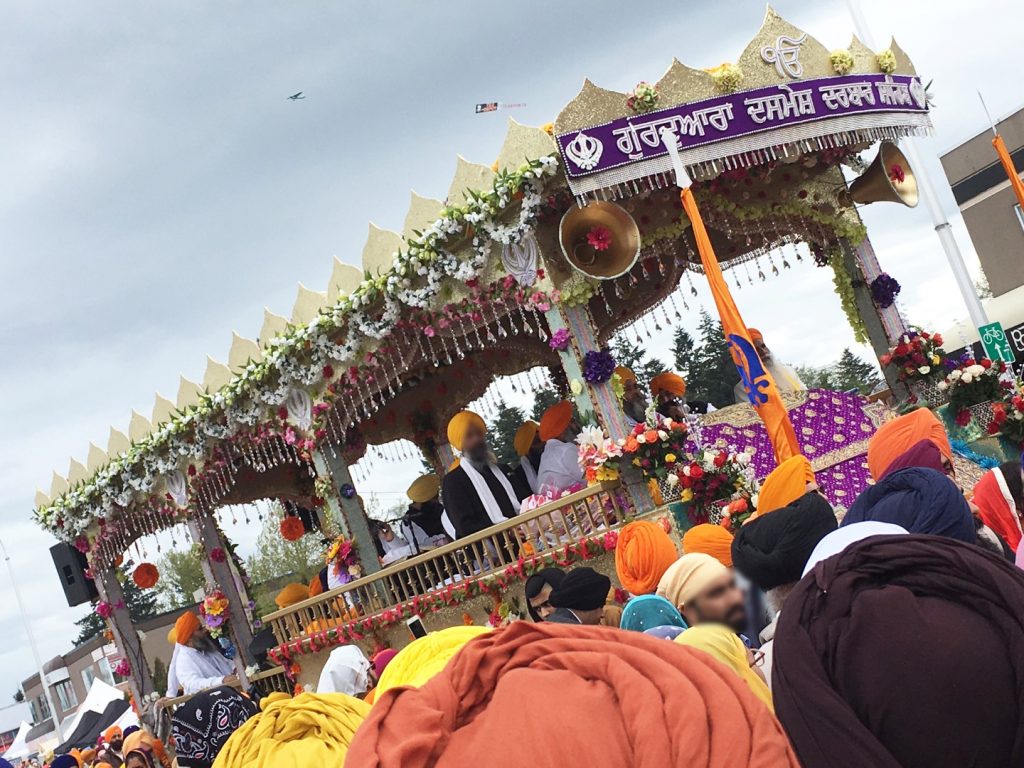 The Guru gave the Khalsa the social idea of equality and close brotherhood. There was to be no distinction of birth, caste and class or color. All were equal in social status, and had the same rights and privileges. He thus enunciated ninety years earlier the principle of liberty, equality and fraternity which formed the bedrock of French Revolution. (Page 282)

His dharma yudh was directed against oppression, bigotry, and injustice. He (Guru Gobind Singh) waged a moral war for victory of good over evil, triumph of virtue over vice, success of holy sword over unholy gun and conquest of pious dervish over a cruel king.  His dharma yudh represented a blending of Bhakti and Shakti. Bhakti signified devotion to God and Shakti stood for strength and courage. (Page 336) The Guru’s four acts of crowning glory are: (a) creation of the Khalsa, (b) bestowal of political sovereignty of the Khalsa (c) the selection of Banda Bahadur for the establishment of the Khalsa rule and (d) declaring the holy Granth as the eternal Guru. (Page 337)

The Guru obviously aimed at organizing and integrated self-reliant and dedicated community which would be free from the social evils such as the caste system as also from the risk of internal disruption from the activities of the ‘masands’ and the dissentient sects.  Its objective would be to destroy the evil and the sinful and to extirpate tyrants through the use of arms wherever necessary. (Page 317)

The changed policy of the state in the 17th century underlined the need for a change in the Sikh way of life without in any manner deviating from the principles of the faith. The defense of the faith against the repeated onslaughts of the state demanded resort to arms. Page 209 of the book’ Guru Nanak and His Times’ by the same author.

7 years ago, on my 89th birthday, I launched my website sawansinghgogia.com

It contains my twelve books about Gurbani and Sikh History. Three of them have been published by a reputed publisher. My books thus says Sri Guru Granth Sahib, noble and brave Sikh women and how to reach God (Kiv Sachiara Hoeai) are highly appreciated by my readers. My three books for the youth 1. From Guru Nanak Dev to Sri Guru Granth Sahib, Sikh Martyrs part one, part two contain multiple choice questions with their answers at the end of every chapter.

One of my books’ Understanding Sikhism’ contains 35 articles about  Gurbani and Sikhism. These articles have been published in prestigious Sikh magazines.

During the last 3 years, I have added 40 new articles about Gurbani and Sikh history. ​ Many of them have been published in magazines like the Sikh Review.

You are requested to go to my website and if you like its contents, kindly inform your friends and relatives.