It would be challenging to explain Vaisakhi to someone who was not already familiar with it to some degree. It has expanded to become much more significant than its religious and cultural origins—celebrated in so many different ways and in so many different places that the experience could vary from person to person.

It would be challenging to explain Vaisakhi to someone who was not already familiar with it to some degree. It has expanded to become much more significant than its religious and cultural origins—celebrated in so many different ways and in so many different places that the experience could vary from person to person.

If stripped down to its most basic definition, Vaisakhi is the first day of the month of Vaisakhi: the new year in the Hindu or Sikh solar calendar. However, it is also much bigger than that. In the Gregorian calendar, Vaisakhi lands somewhere around April the 13th or 14th, allowing it to have the added significance of being a spring harvest festival. India is and always has been a global agricultural powerhouse. It is not only the world’s biggest producer of milk and spices but also has the most considerable amount of farmed land. So it goes without saying that farming and agriculture are the backbones of India’s culture, and Vaisakhi is celebrated exuberantly and vibrantly.

On top of that, Vaisakhi also comes to have religious connotations over time. The most widely associated with the holiday is Sikhism, but Hinduism also has customs and practices associated with the day. Vaisakhi is often a day of pilgrimage for Hindu communities, traveling to bathe in sacred rivers like Ganges, Jhelam, and Kaveri, visiting temples, and giving to charitable causes. Community fairs are also often held at pilgrimage sites. 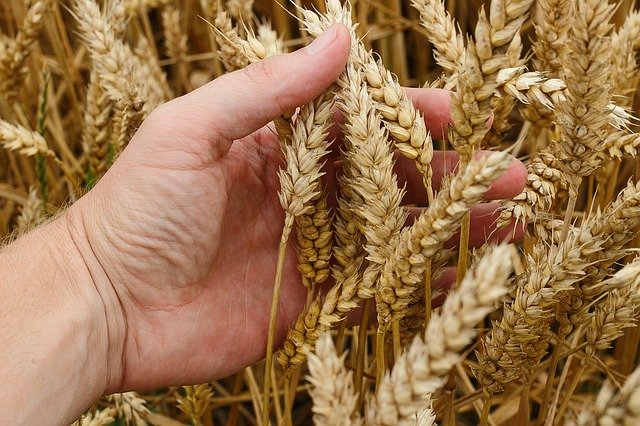 In Sikhism, Vaisakhi happens to celebrate an actual event. It was always a joyous occasion due to the celebration of the bountiful crop, but in 1699 it also came to carry a religious meaning. 1699 marked the inauguration of the Khalsa and, in the times of extraordinary prosecution, a proclamation to defend religious freedoms. Vaisakhi also eventually became the chosen day of the coronation of Maharaja Ranjit Singh of the Sikh Empire in 1801.

However, as the world has become more united, and celebrations of Vaisakhi have spread all over the world, different places have come to have very regionalized specific ways of celebration. Nepal celebrates Vaisakhi as the new year, carrying out idols of the Goddess Thimi Kumari in palanquins around the city. In Punjab, the formation of Khalsa at Anandpur Sahib is the focal point, heavily leaning on martial arts performances. In Malaysia, Vaisakhi Day is an actual holiday on which those celebrating it are given the day off.

The UK and United States definitely have had their moments when considering Vaisakhi celebrations. Still, there is no doubt that the crown of exuberant and lavish displays of celebration of Vaisakhi goes to the lower mainland in British Columbia, Canada. 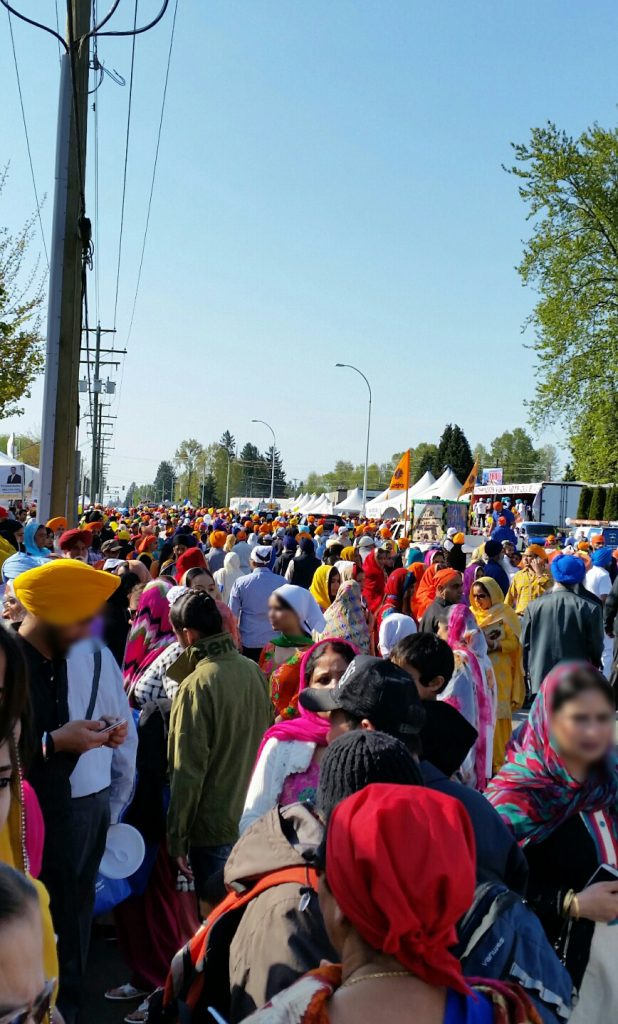 Two large parades happen in the lower mainland yearly (or were yearly up until the pandemic), one in Vancouver and one in Surrey. In the following days, Kelowna and Victoria have also held parades of more minor scales. The Vancouver parade (also known as Nagar Kirtan) was first held in 1979 and is currently the single biggest annual one-day festival in the entire city. It goes from the Ross Street Temple to the Punjabi Market, having an attendance of about 300,000 people. The festival in Surrey is widely known to be perhaps the most significant outside of India. It had an attendance of around 200,000 in 2014, and this increased to 350,000 in just a year and then to 400,000 in 2016. In fact, by 2017 (when numbers had grown around 400,000), there was fierce debate about having the festival last over multiple days and also expand to local cities or economically disadvantaged areas, so they could reap the benefits of the events and sizable charitable donations. 2018 (also the 20th anniversary of the Surrey Nagar Kirtan) attracted over half a million people. For comparison’s sake, the census in Surrey tallied the population at 558,300 that year.

Perhaps we feel the absence of such festivities now more than ever before. The Surrey Nagar Kirtan was canceled for 2022, marking the third consecutive year it has not taken place. There was a sense of community than came through such an untied and collective effort—everyone from the City Council and the Canadian Armed Forces to local radio stations, businesses, and homeowners contributed and participated in the parades. And now, due to a raging pandemic, most people in the lower mainland have been forced to separate Vaisakhi from the parade’s festivities. A day celebrated so collectively now has to be faced individually, more or less. Many people still seek out smaller congregations, like at Temples and Community Centres or individual businesses. They still donate and show goodwill as well. But for others, Vaisakhi has lost some of its excitement. It always was (and is) such a community-based affair that coming to terms with celebrating it on a much smaller independent scale has perhaps made us only more grateful and hopeful for the Vaisakhi 2023 will bring.