Langley was hosting Nanaimo on Wednesday night at Langley Events Centre, having already won the first meeting between the two clubs 10-9 on Saturday in Nanaimo, and improved to 3-1 on the Western Lacrosse Association season. Nanaimo saw their record slip to 2-4.

The Timbermen scored goals 19 seconds apart early in the first period for their only lead of the game as the Thunder quickly responded with back-to-back power-play goals and never trailed again. Langley led 3-2 after a period and pushed the advantage to 6-2 in the middle of the second period before the Timbermen closed with three goals in the final 4:19 to make it a one-goal game with a period to play.

But Scigliano and the Thunder defence shut the door in the final frame as Nanaimo outshot the hosts 21-14 in the period and 58-47 for the game.

Robert Church and Dane Dobbie extended the lead to 8-5 with an extra attacker and power-play goal, respectively, before Zach Manns scored a power play goal for Nanaimo with just 15 seconds remaining.

“I thought we made a couple of adjustments. We just played this team on Saturday, so they are fresh in our minds. They have some good players on that left-side, so it was a key for us to key on them tonight and that is what made us successful,” Scigliano said. 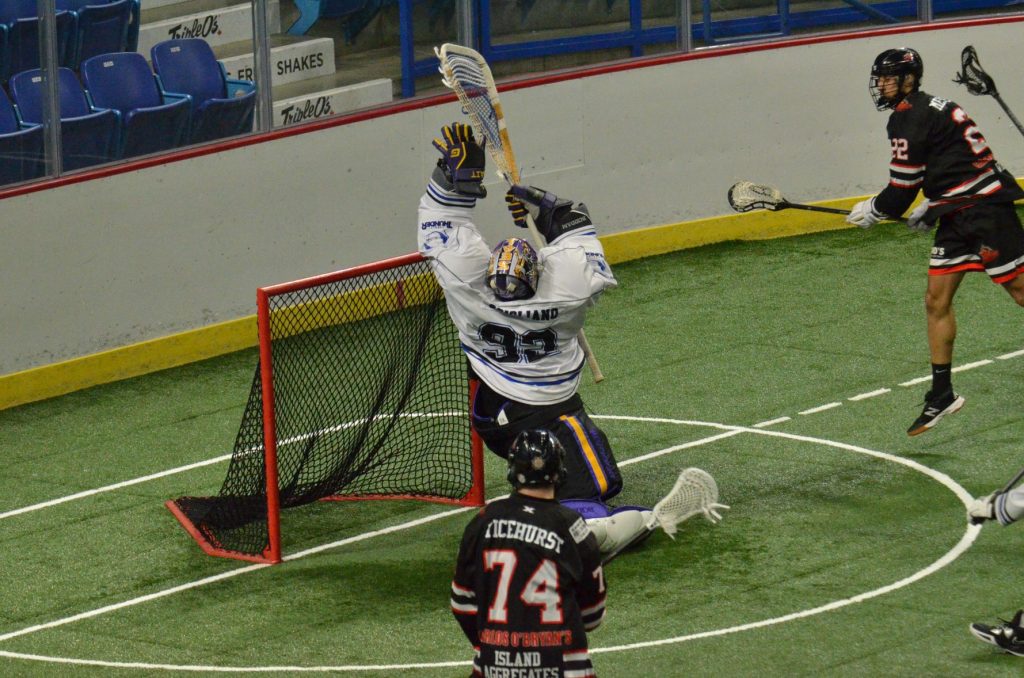 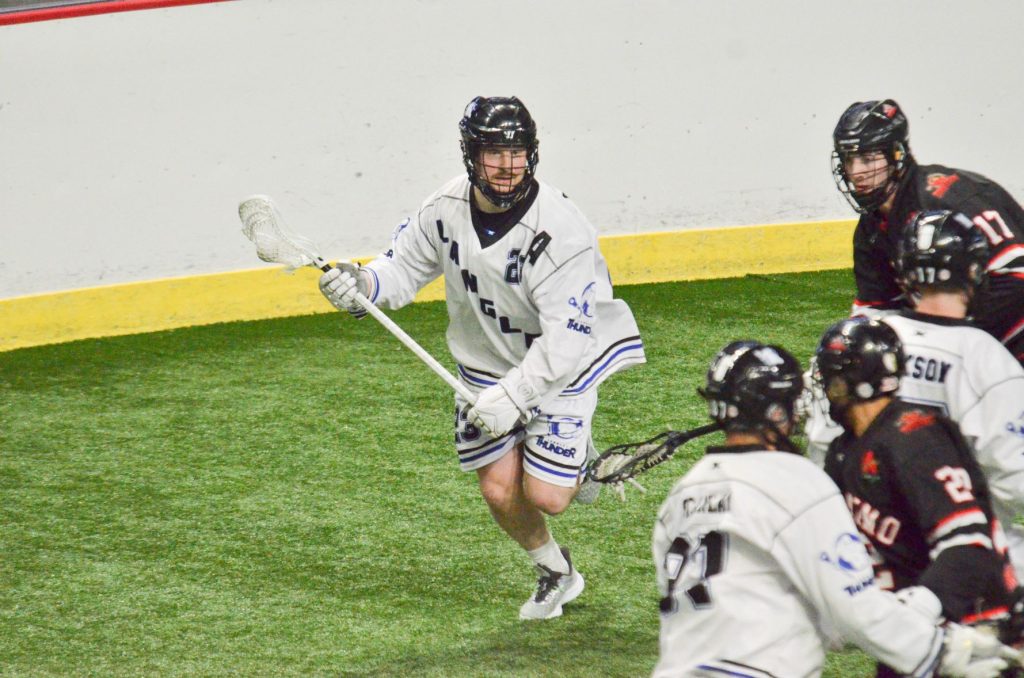 “We just dug in a little more. They kind of came at us at the end of the second (period). We knew they were going to keep fighting. It is hard to come over on that ferry and go home without the win, so I think we just dug in and played right through the whistle.”

“It starts on the back-end and Frankie was absolutely solid again. We played real good team defence; lot of focus on communication, closing our gaps, not letting them get over the top and (getting) out in the shooting lanes. Very good effort by our back end,” said Thunder coach Dave Pym.

“It was a couple of mistakes that we had made in terms of transition and picking guys up and allowing them to get a couple of quick goals; those kinds of momentum swings happen in a game,” Pym said about the late second-period surge by Nanaimo which made it a one-goal game with a period to play.

“Early in the season and the pre-season, we didn’t react very well to those, but (today) we closed the door. We picked it up in between periods and had a good chat about what happened.”

The Langley trio of Curtis Dickson (one goal, four assists), Church (three goals, two assists) and Dobbie (two goals, three assists) each had five-point games while Preston Lupul and Thomas Vaesen each had a goal and an assist. 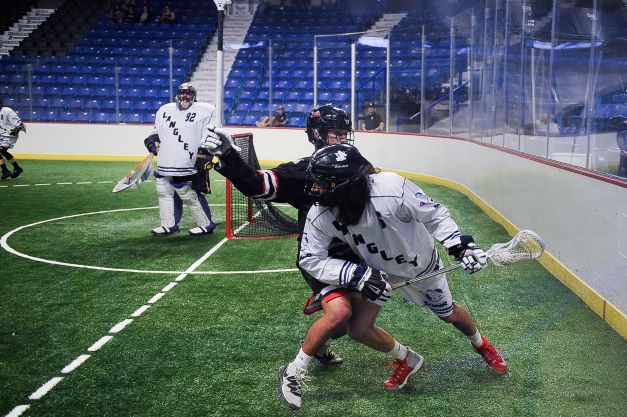 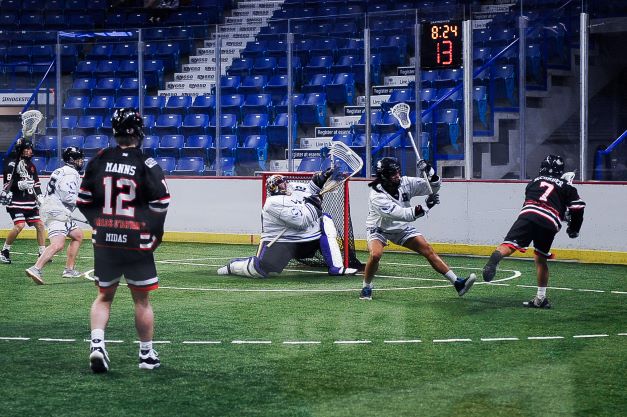 “I think Frankie held us in big time. Our defence was working hard; our offence is still learning; we have a lot to work on and we are going to need more than six, seven, eight goals. We will get better,” Church said.

In the first match-up between the two teams, both power plays were lights out as Langley was 5-for-5 and Nanaimo finished 5-for-6. The Thunder went 3-for-7 on Wednesday and held the Timbermen to a single power-play goal in five chances.

Langley leads the WLA with 11 power-play goals in 20 chances, a 55 per cent success rate.

“Just guys making plays. We are all good players so when you give us time and a little bit of space, our guys are getting shots and we are going to keep doing that because power plays are massive in this league,” Church said.

Up next for Langley is a pair of back-to-back road games, Saturday in Coquitlam against the 4-2 Adanacs and Sunday in Victoria vs. the 3-1 Shamrocks.

The next Thunder home game is June 22 (7:30pm) against the New Westminster Salmonbellies (2-3).