We have a series.

This marked the first time in seven post-season games that the Blazers were on the wrong end of a score as they swept the Spokane Chiefs 4-0 – by a combined score of 23-3 – in their quarter-final series. Kamloops is the second seed after finishing 46 points ahead of the eighth-place Giants during the regular season and the Blazers went 10-1-1 in a dozen head-to-head meetings with their BC Division rivals. 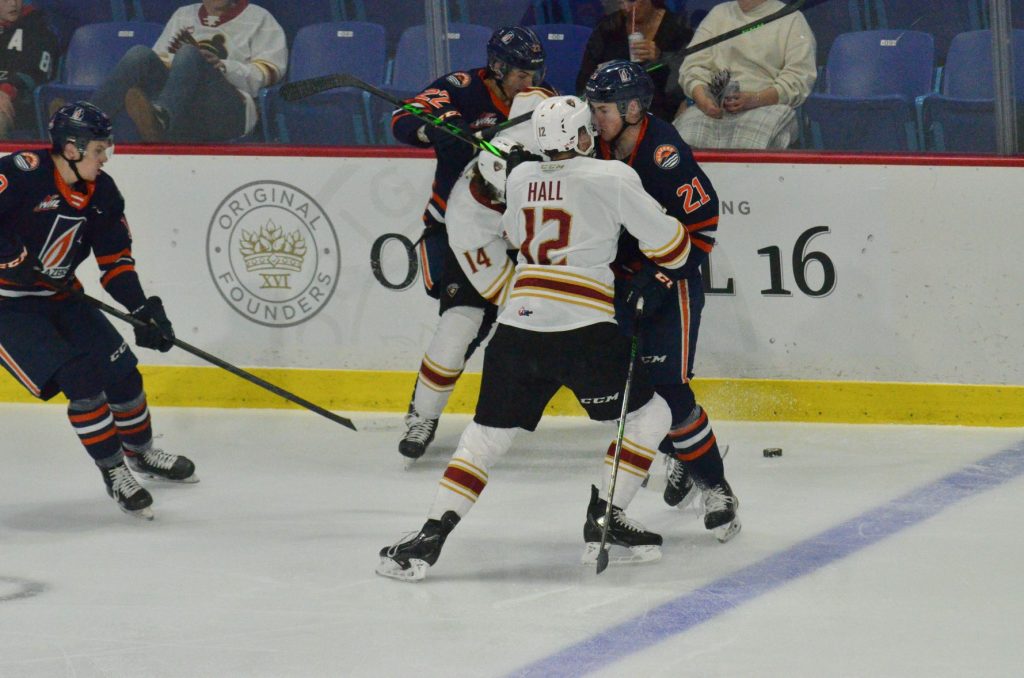 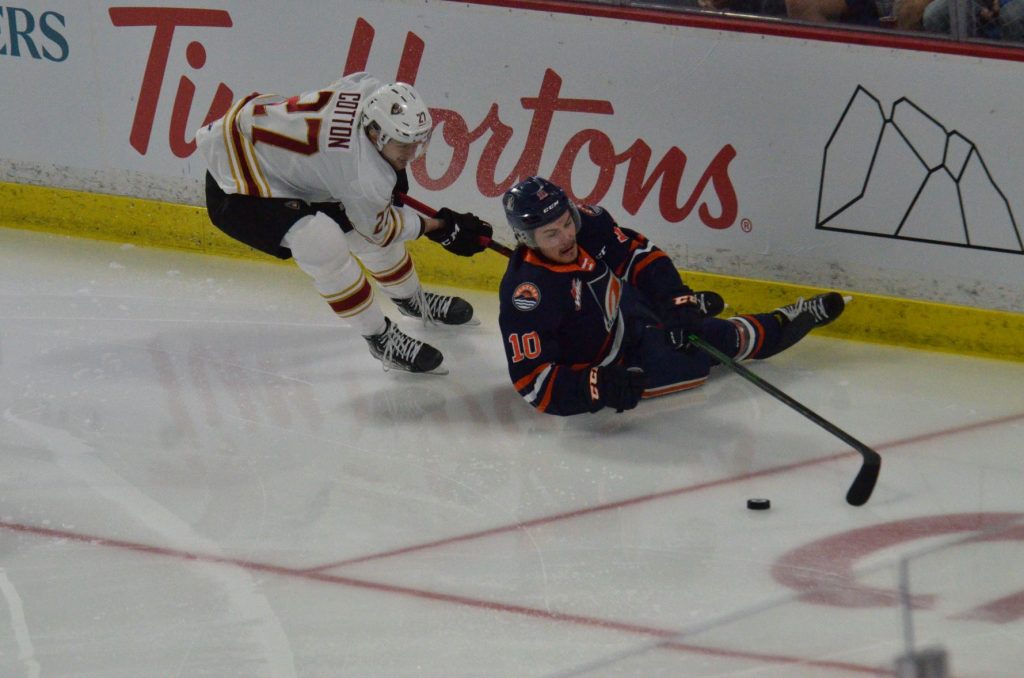 But this Giants team has proven different than the one which limped into the final playoff spot with a single victory in their final dozen regular season games.

“It has been rolling like this for a couple of weeks now and even before that. We have been starting to build a lot of chemistry and a lot of belief in our group and I think they are just carrying it through,” said Vancouver coach Michael Dyck. (Belief) is everything. Without that, it is basically the paint on the target. Unless you have that vision, that belief, you don’t really have anything to play for.”

Tuesday’s game began with Kamloops controlling the early part and generating the firs five shots on goal, but it was the Giants who opened the scoring at the 11:55 mark when Justin Lies ripped home a shot from the slot. That stood as the only goal until the 9:45 point of the middle stanza with Fraser Minten evening the score at one, just two seconds after a Vancouver penalty expired.

The Giants’ Ty Thorpe restored the lead with a power-play goal four minutes later and the home side took a 2-1 lead into the locker room before Kamloops’ Drew Englot tied the score at two just before the midway point of the third period as he redirected a point shot for the power play goal. 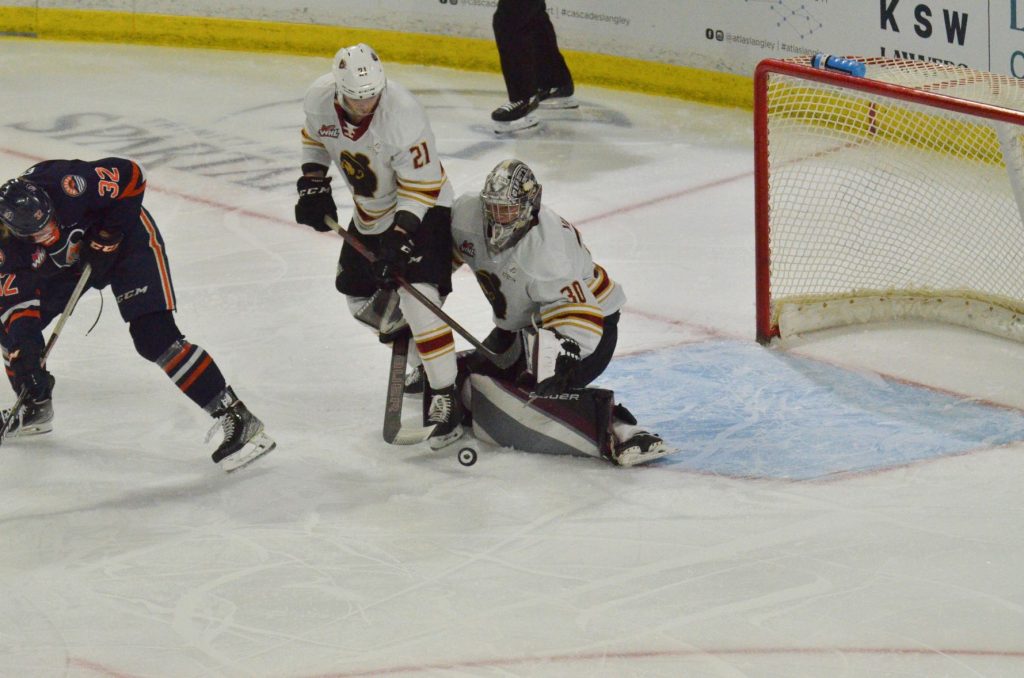 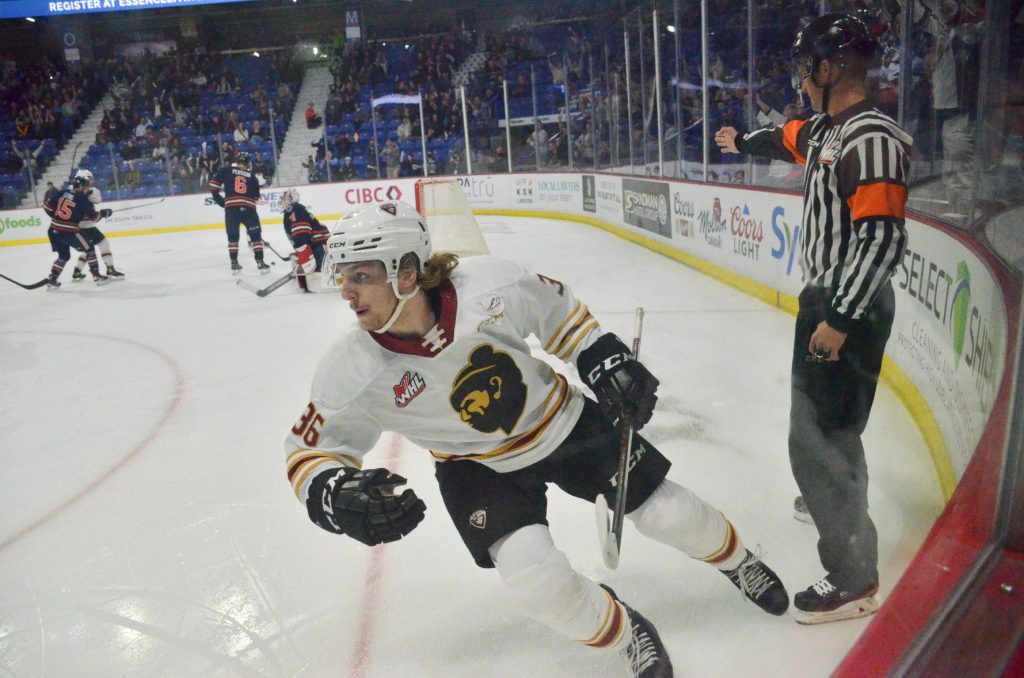 But with overtime looming, Vancouver drew a penalty, won the face-off, and got the puck to Alex Cotton, who blasted home his sixth of the playoffs. Cotton leads all WHL defencemen in scoring with six goals and 16 points and his point total has him tied for third among all players.

“We knew we were getting a good two-way defenceman with obviously a lot of offensive upside; he is really bringing it in the playoffs right now,” Dyck said.

In games one and two – Kamloops victories by scores of 3-1 and 4-3 – the Giants power play came up empty as they went a combined 0-for-8. And while Vancouver only drew two power play chances in game three, they made the most of it scoring both times and using just a combined 39 seconds to score: scoring 30 seconds into the first chance and then just nine seconds on the game-winning goal. 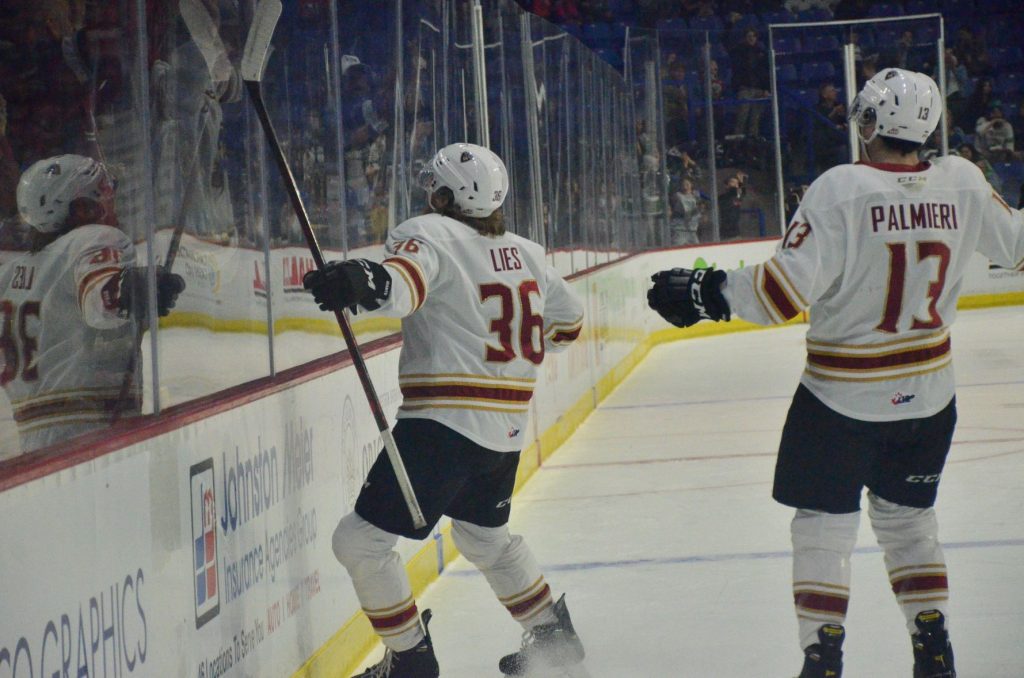 “Both power plays, we got possession of the puck right away … and obviously that gives you momentum right off the hop. We just found ways to get the puck to the net and get some traffic there,” Dyck said.

Final shots on goal were 36-32 for Kamloops with the Giants’ Jesper Vikman earning the first star following his 34-save performance. Dylan Garand made 29 saves in the other crease.

The teams will play game five in Kamloops on Friday (May 13) and if necessary, game six would be back at Langley Events Centre on Sunday (May 15) with a 4:00pm puck drop.