Following a 1-4 start to the season – with three of those losses coming by a single goal, one of which was in overtime – the Shooting Eagles Lacrosse Club have risen the ranks of the Arena Lacrosse League standings to finish in second place in the West Division at 6-6.

Following a 1-4 start to the season – with three of those losses coming by a single goal, one of which was in overtime – the Shooting Eagles Lacrosse Club have risen the ranks of the Arena Lacrosse League standings to finish in second place in the West Division at 6-6.

“The Black Fish came out and were really physical and after two weeks off, I was worried that was going to happen and we were going to collapse, and we didn’t. We withstood it when we need to, we fought back when we needed to, we stayed hot on the balls, and it turned out in our favour,” said Shooting Eagles coach Adam Smith. 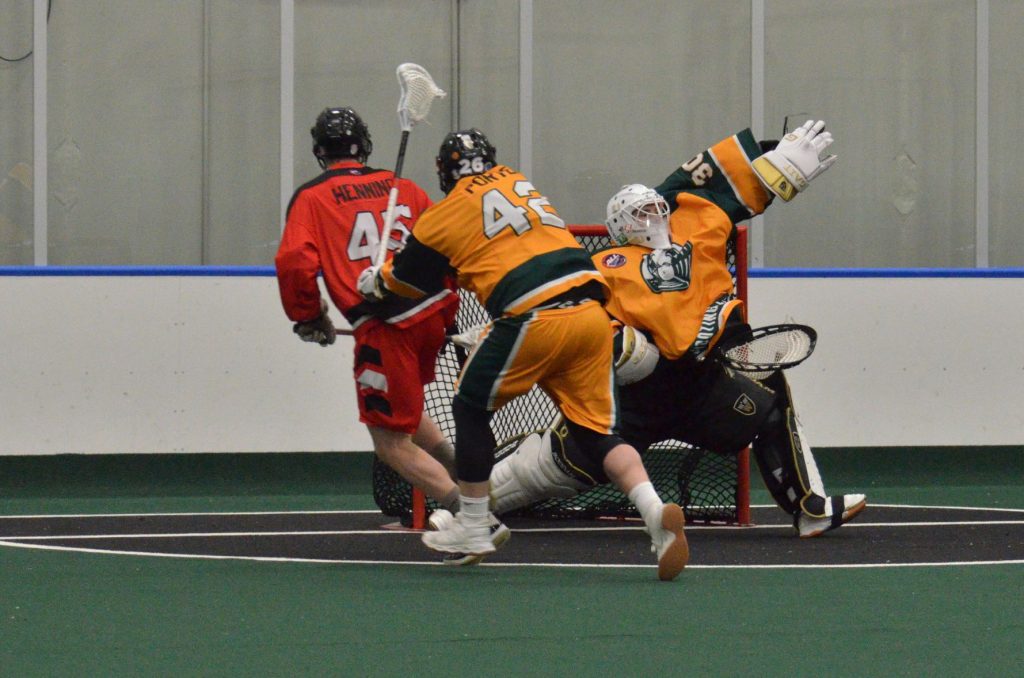 The Shooting Eagles twice had four goal leads – 5-1 in the first period and 11-7 in the third quarter – only to see the Black Fish put together runs to erase the deficits. But Mark Yingling gave his team the lead for good with 11:06 to play and Justin Digby and Dylan Lacroix scored 44 seconds apart less than two minutes later, and this time, the Black Fish had no answer.

Yingling finished with four goals while Garrett Winter had three goals and four assists and both Lacroix and Thomas Semple finished with a hat trick and three helpers apiece. Jake Foster (two goals, two assists), Digby (two goals, one assist) and Sam Clare (one goal, one assist) rounded out the scoring. Brody Harris made 58 saves as the Black Fish fired 71 shots on goal.

Semple – who has played three games in the National Lacrosse League with the Georgia Swarm, was playing his first ALL game of the season and came in without the benefit of any practice or playing time with his teammates.

Semple was on the floor when his team opened the scoring 21 seconds in and while he didn’t find the scoresheet that first quarter, he did score three times in the second period.

“I like to get myself in the game by making a play and bang bodies around; just be a presence out there and do whatever I can to help the team out,” he said. “After a quarter or two, you learn everyone’s tendencies and figure it out. You kind of get the grip of it and get in the swing of things.”

Ethan M’Lot (two goals, three assists) and Jon Phillips (one goals, four assists) led the Black Fish with five points apiece while Chase McIntyre and Greg Lunde had a pair of goals and two assists each. Laszlo Henning (one goal, two assists) and Nathan Romanchych (one goal, one assist) also had multi-point games and Anthony Buono, Nick Jensen and Nick Scott had a goal apiece. Dave Mather got the start in goal and allowed eight goals on 24 shots while Gordy Bowden allowed eight goals on 33 shots. The last two Shooting Eagles goals went into the empty net.

Black Fish coach Rod Jensen liked his team’s resolve in how they battled back when they fell down as they never once led in the game.

“We are way more mature in terms of not panicking (when we get down),” he said. “(But) once you get a little bit of momentum, you need to be able to keep it up. We would fight hard to get back in then we would let them get a weak one in transition.” 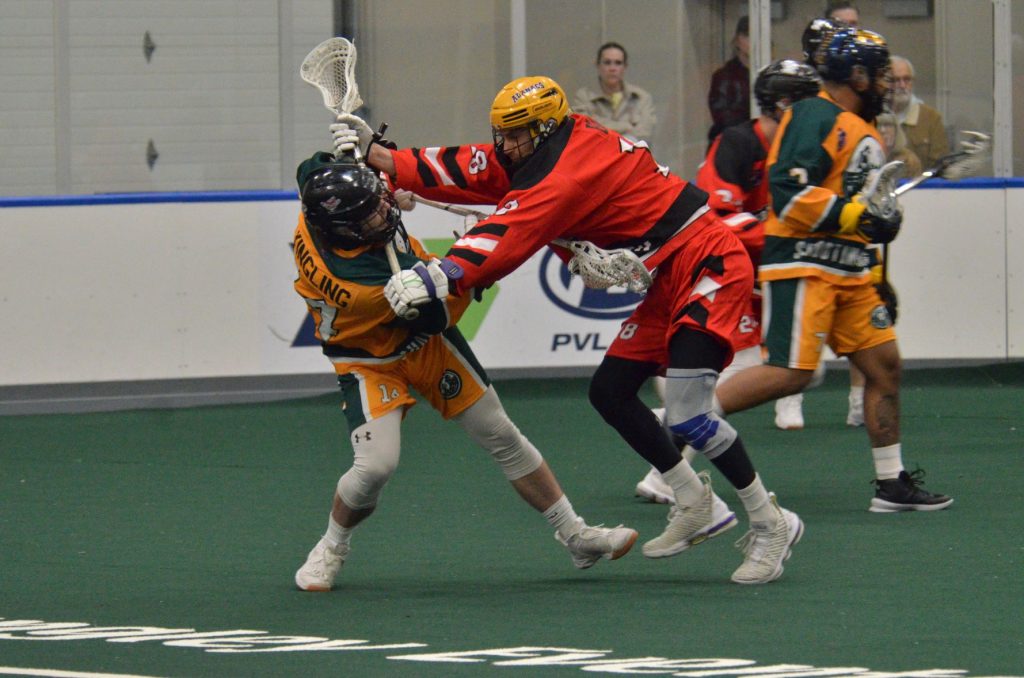 The Black Fish  draw the first-place Sea Spray Lacrosse Club (9-3) in one semi-final game while the Shooting Eagles face the Grizzlies Lacrosse Club (5-7). Both games are at Langley Events Centre on March 20 with the games beginning at 1:00pm and 4:00pm.