With the score tied at one, Evan Toth and Ty Thorpe scored to put the Giants ahead for good in Western Hockey League action at Langley Events Centre.

“I thought it was a good 60-minute effort from our entire team. I thought all the boys were working. We had big games from a lot of guys and when we do that, we are going to have success out there,” said Justin Lies, who drew an assist on the game-winner.

Jaren Brinson opened the scoring 7:33 into the contest for the Cougars before Zack Ostapchuk levelled the score before intermission.

Will Gurski made 34 saves for the Giants while Ty Young stopped 27 of the 30 Vancouver shots. 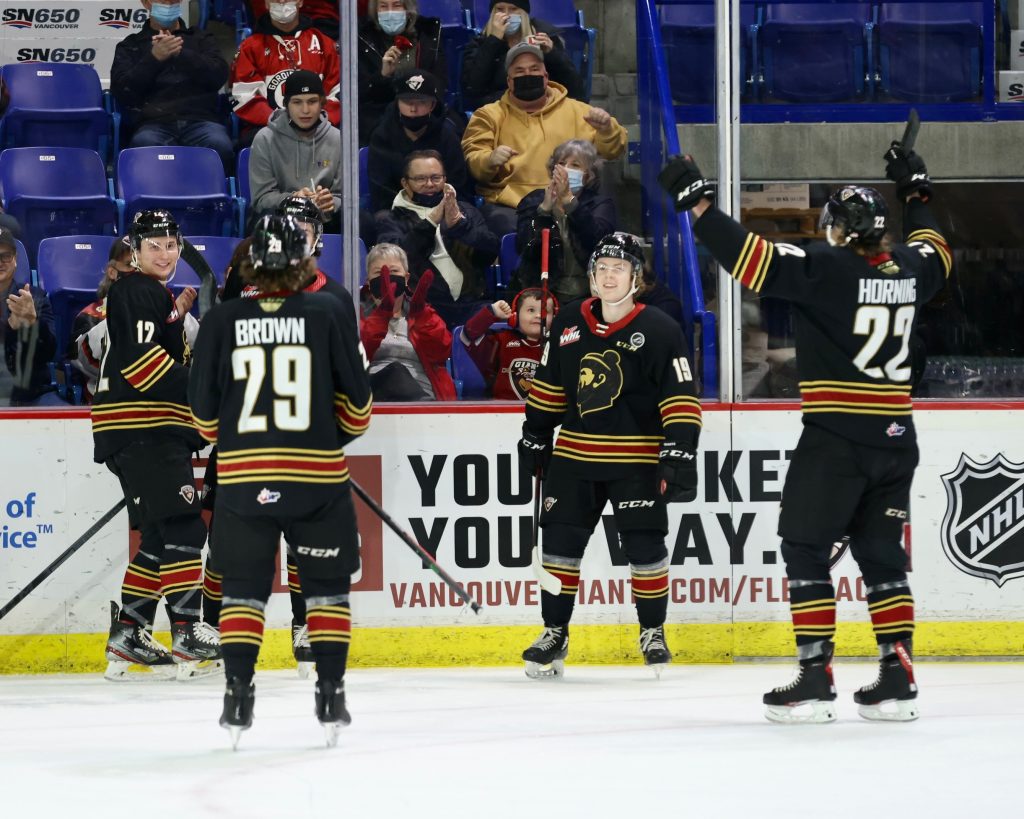 “I thought we did a really good job managing the game. The last couple of games, we have let the grasp, the momentum of the game slip away and I thought as a whole, we were better,” said Giants coach Keith McCambridge.

“I thought we were able to roll four lines and give some of those top guys a rest.”

The Cougars were looking for a third straight win over Vancouver as they downed the Giants on both Tuesday and Wednesday nights in Prince George.

“It has been a tough stretch these past five games but when we come out and play our game, I think we can beat any team in this league. We just have to do this on a consistent basis,” Lies said.

Lies, Gurski and Thorpe earned the three stars for the game.

Neither team was able to cash in on the power-play with Prince George going 0-for-3 and the Giants 0-for-2.

The Giants are back in action on Sunday afternoon at 2:00pm as they host the Tri-City Americans.