For all but a few seconds on Friday night, goaltender Jesper Vikman was superb, turning aside countless scoring chances as the Kamloops Blazers peppered the Vancouver Giants goaltender with 40 shots on the night.

For all but a few seconds on Friday night, goaltender Jesper Vikman was superb, turning aside countless scoring chances as the Kamloops Blazers peppered the Vancouver Giants goaltender with 40 shots on the night. 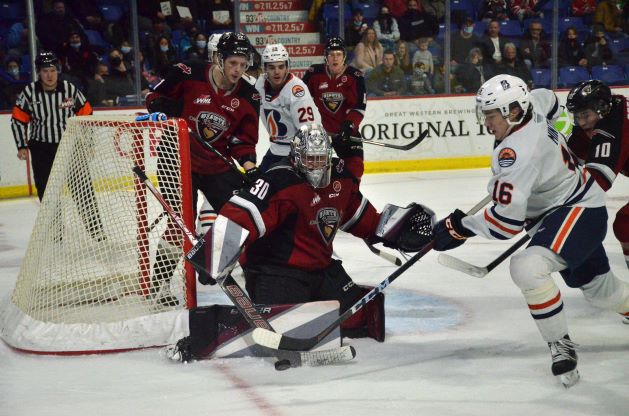 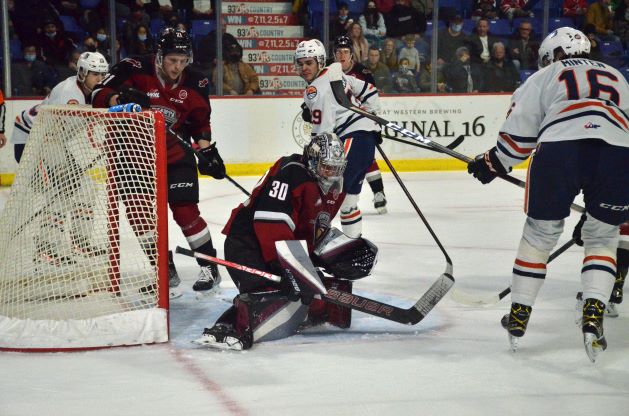 The Swedish import goaltender was more than up for the challenge, stymieing the Blazers – who entered the Western Hockey League contest with a record of 17-2-0-0 and were ranked second in the country in the most recent Kia CHL Top-10 Rankings – at every turn. The only goal to beat him was a shot from just inside the blue-line as Kamloops’ Ethan Brandwood skated into the Giants zone and threw the puck on net, which Vikman attempted to blocker to the corner. Instead, the puck went up and over the goaltender and into the net, cutting the Vancouver lead to 2-1 with 5:09 to play.

“That goal, you would love to have that one back,” admitted Vancouver coach Michael Dyck. “(Jesper) battled for us all night. It was a moment we could dig in for him.”

“If Jesper is not in the net, we don’t win that hockey game,” stated Giants captain Justin Sourdif. “He was the best player out there tonight.”

With Kamloops looking for the equalizer, the Giants were sound defensively, limiting the Blazers looks in their offensive forays and after Fabian Lysell’s long-distance sailed wide of the empty net with 32 seconds to play, Payton Mount was able to win the race for the loose puck, negating the icing call, and scored to salt the 3-1 victory.

“I personally think that was our biggest win of the year. Those guys are our rivals and we have wanted to knock them off all year and we finally got it done tonight,” Sourdif said.

The Western Hockey League game was played on Friday night at Langley Events Centre and extended the Giants winning streak to five games as they returned home with a perfect 4-0 record on their most recent road trip. It was also Vancouver’s first win in five tries against a Kamloops squad which had outscored them 20-6 in those previous four contests.

“It was big (beating Kamloops). Obviously we have taken it on the chin from them a few times,” Dyck said. “The biggest thing was our start tonight and scoring that first goal got us off that launching period.” 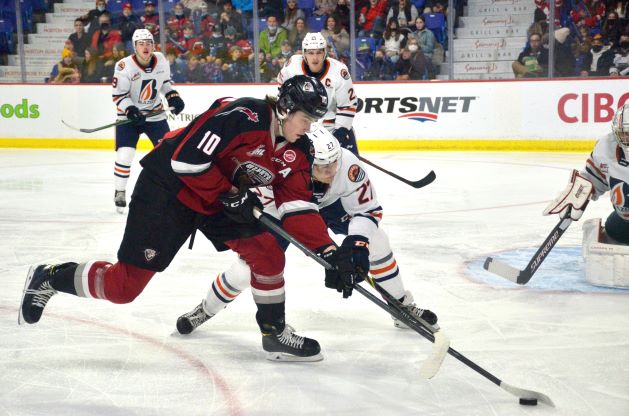 Vancouver had a decent opening 20 minutes as while they had plenty of puck possession and offensive zone time, they managed just six shots on goal, compared to the Blazers’ 13. But the Giants took a 1-0 lead into intermission as defenceman Alex Cotton was patient with the puck, maneuvering his way to the front of the goal before dishing off to Zack Ostapchuk who one-timed in his fourth of the season.

Neither team scored in the middle frame and the Giants were forced to kill three minor penalties with Vikman serving as the team’s best penalty killer. And less than five minutes into the third period, the line of Ethan Semeniuk, Ty Halaburda and Julian Cull were rewarded for their hard work as they crashed the net with Semeniuk back-handing home his third of the season for the eventual game-winner.

Vancouver’s last home game was a devasting 3-2 loss to the Victoria Royals back on November 20 when they allowed the winning goal with 12.8 seconds to play to a team which came into the contest having lost a dozen straight games.

The Giants then embarked on their first U.S. Division road trip since before the pandemic, beating Portland, Tri-City and Spokane in a span of four days. The road trip ended with a win on Wednesday night in Kelowna.

“When your team is tight, you play way better on the ice. When we were on the road, it was a time to bond and now we are playing our best hockey,” Sourdif said. 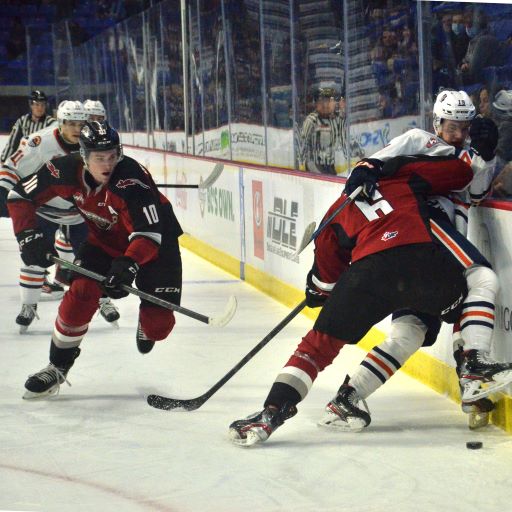 The Giants are right back at it on Saturday night as they head back across the border with a trip to Everett to face a Silvertips squad currently ranked third in the CHL rankings. Everett has just one regulation loss in 21 games (18-1-1-1) which came last week to Kamloops.

Dyck said they need to learn and build from this game.

“The message was it is a great win, but we do not want to get too high. We went through a rough spell and now we have it going, and we want to protect it.” 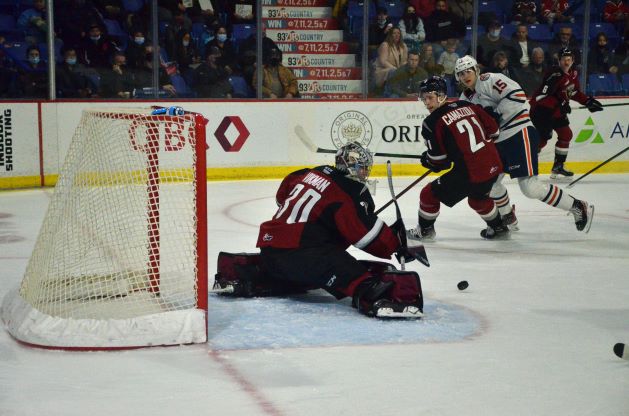 Final shots were 40-29 for Kamloops with Vikman earning first star honours after his 39-saver performance. Dylan Garand made 26 saves for the Blazers. Neither team scored on the power play with the Giants going 0-for-2 and Kamloops 0-for-4.