Mark it down for the history books: the first-ever player selected in the Arena Lacrosse League West Division draft was Matteo Tack.

Mark it down for the history books: the first-ever player selected in the Arena Lacrosse League West Division draft was Matteo Tack.

The goaltender from Burnaby was chosen by the Sea Spray at Saturday’s ALL West Draft, which was held on Saturday afternoon at Langley Events Centre as the four teams shaped their rosters ahead of the league’s inaugural season in British Columbia. 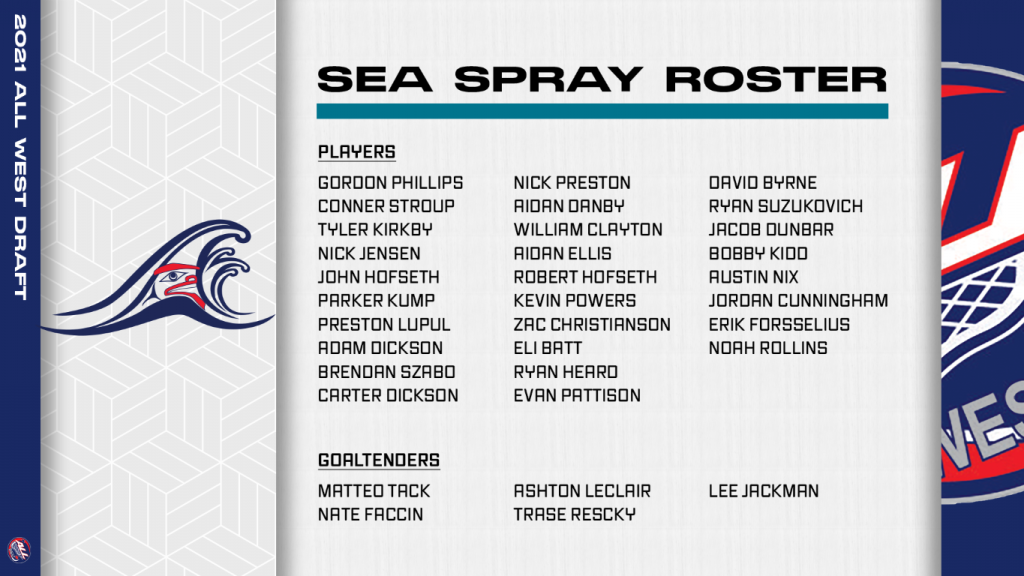 Tack was humbled by his selection.

“It is obviously pretty neat to go No. 1 (but) I am just more excited to get going and for the team to have success,” he said. “Right now, I don’t think too much about it but it is something you can look back on down the line.”

He is described as one of the up-and-coming goaltenders in the province.

The 20-year-old played all his minor lacrosse in Burnaby and spent the bulk of his junior time in the BC Junior A Lacrosse League with the Burnaby Lakers. He was picked up by the Coquitlam Adanacs in the 2019 season as the team competed in the Minto Cup that summer at Langley Events Centre, but his rights reverted to the Lakers following that season. 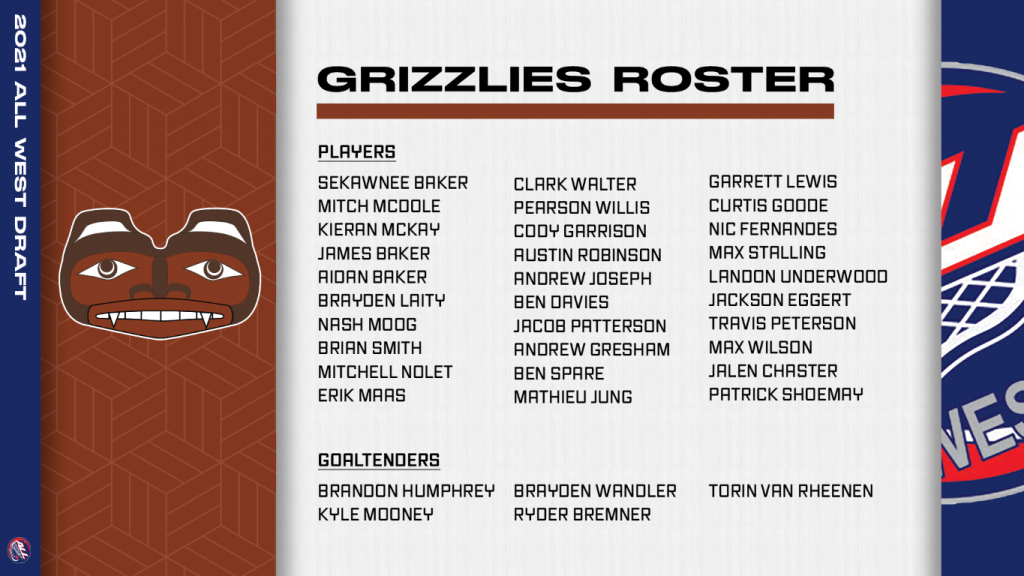 Tack was one of two goaltenders taken among the top four picks as the Grizzlies closed the first round by choosing another Burnaby goaltender, Brandon Humphrey.

The 25-year-old Humphrey is six-foot-four and 255 pounds and described a goalie with size, skill and great footwork who will make life difficult for opposing shooters.  He spent the 2019 Western Lacrosse Association season with the Maple Ridge Burrards. 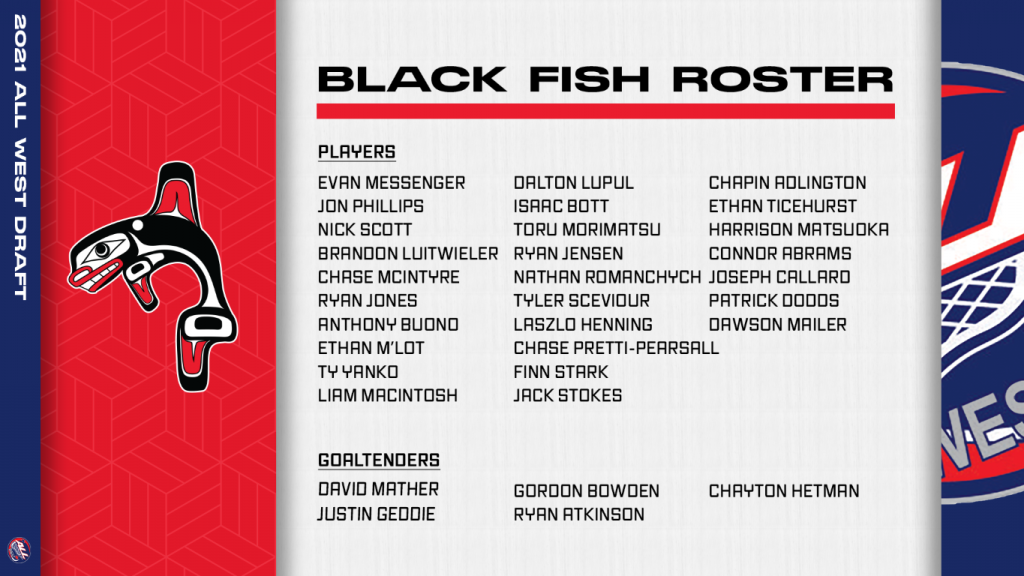 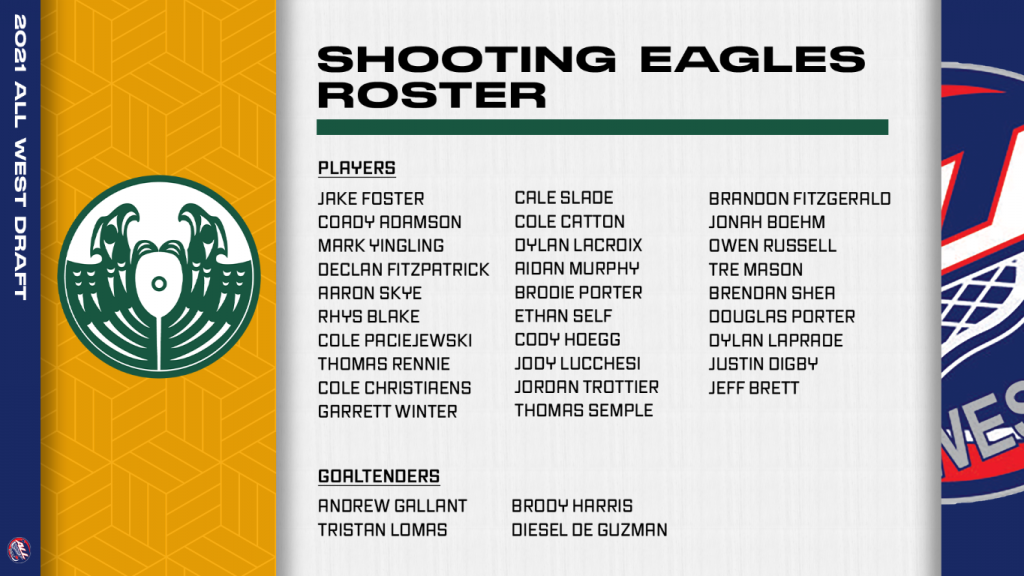 Transition player Evan Messenger, out of Delta, was the second overall pick, going to the Black Fish. And Calgary’s Jake Foster, a forward, went third overall to the Shooting Eagles.

Messenger is a six-foot-two, 190-pound left-handed transition player and has evolved into a solid two-player and should be a great foundational piece for the Black Fish. He turns 26 next month and has appeared in a dozen National Lacrosse League games (with Vancouver and San Diego) over the past four seasons.

The 24-year-old Foster brings size and skill to the Shooting Eagles and should be counted on to contribute offensively. He is a six-foot-two, 220-pound right-handed forward. Back in 2016 in the Rocky Mountain Junior A League, Foster had 54 goals and 105 points in 19 games. He was drafted by the NLL’s Albany Firewolves.

The 12-game regular season, all of which will be played at Langley Events Centre, gets underway in mid-December and runs to the end of March.