Put the puck on goal and good things are bound to happen: Justin Lies proved that hockey cliche correct on Saturday night.

Put the puck on goal and good things are bound to happen: Justin Lies proved that hockey cliche correct on Saturday night.

With the game scoreless at the midway point on Saturday night and the teams playing four skaters aside, Lies gathered a loose puck and skated into the slot and let a snapshot go, beating Kelowna Rockets’ goaltender Colby Knight for a 1-0 Vancouver Giants advantage. The goal stood up as the winner with Vancouver skating to a 2-0 win in Western Hockey League action over the visiting Rockets at Langley Events Centre.

“I just walked out to the slot and tried to get it on net and got lucky and it actually went in,” Lies said of describing the game-winning goal. 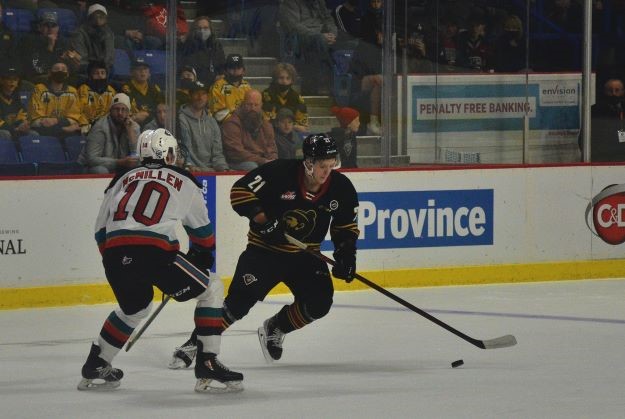 With Kelowna pushing for the equalizer, the Giants held firm in their own end and Ty Thorpe was able to double the lead with less than 10 minutes to go in the hockey game. The win snapped a two-game slide for the Giants as the team improved to 3-2-0-0 while Kelowna saw their record fall to 2-2-0-0.

Vancouver was coming off a 7-4 loss the night before in Kamloops to the red-hot Kamloops Blazers, the second straight time the Giants fell to the B.C. Division leaders. The Blazers had won 5-0 on October 16.

Friday’s game saw Kamloops score three times in 48 seconds in the opening period and they lead 6-1 early in the third period. The Giants were able to make a game of it, cutting the lead down to two before the Blazers added an empty-net goal. 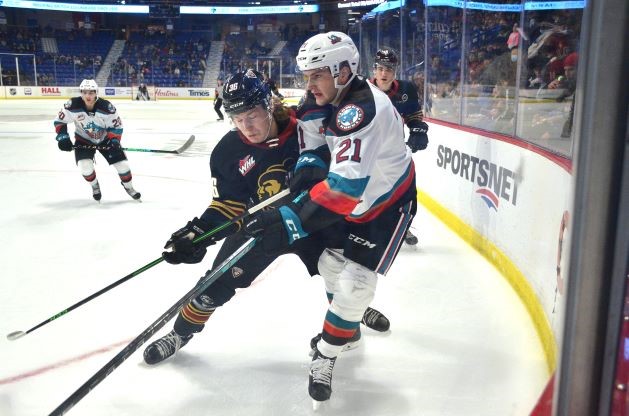 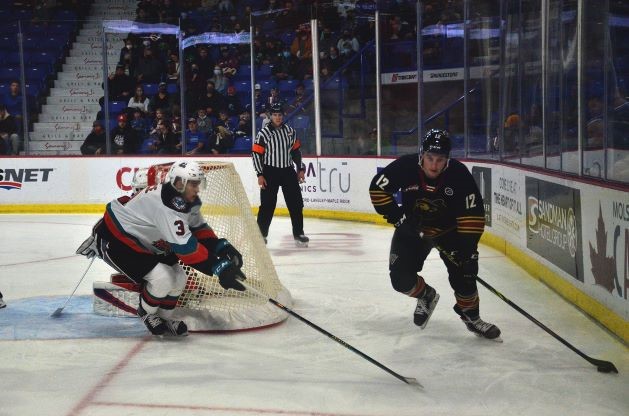 Lies said the team was able to use that strong final 20 minutes the night before and carry that over to Saturday’s contest.

“We just wanted to get some rhythm and try to get some momentum heading into tonight,” he said.

“The third period we had last night in Kamloops was a great segway into how we wanted to start the hockey game,” the coach said.

This was also the first time this season Vancouver has played twice in the same week as they have played just five games over the first three weeks.

“We talked about rhythm over rest. Kelowna has been waiting for us for over a week and there is nothing like playing games. We can teach just through playing games from one game to the next,” Dyck said. 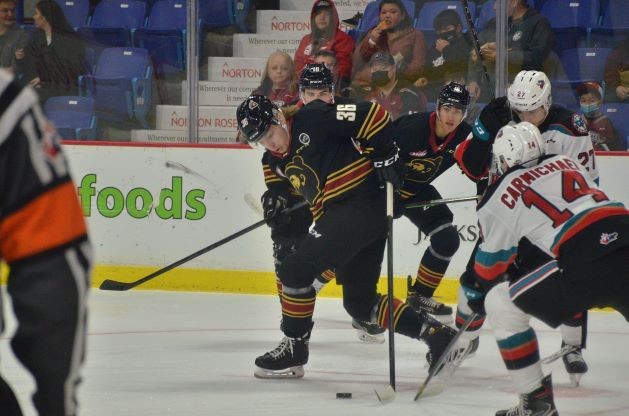 The Giants penalty kill had surrendered four goals in 11 opportunities over the last two games to Kamloops but came up perfect on Saturday, only taking three minor penalties against the Rockets and killing all three.

Jesper Vikman made 23 saves for the Giants for his second shutout of the season and was the first star of the game. Thorpe and Lies were second and third stars, respectively.

While Vancouver played the night before, Kelowna had been off since October 15. This was the first of three straight meetings between the BC Division rivals as they play Wednesday in Kelowna and then back at Langley Events Centre on Friday.