The Arena Lacrosse League is excited to announce a partnership with Langley Events Centre that will bring the “ALL” (as it is officially known) to British Columbia. The ALL, which is currently preparing for its 5th season in Ontario, is the official minor league to the National Lacrosse League, providing a high-level development league for players, coaches, and officials with professional aspirations.

The Arena Lacrosse League is excited to announce a partnership with Langley Events Centre that will bring the “ALL” (as it is officially known) to British Columbia. The ALL, which is currently preparing for its 5th season in Ontario, is the official minor league to the National Lacrosse League, providing a high-level development league for players, coaches, and officials with professional aspirations. The ALL West Division will begin play this December.

“We are all very excited about the growth and potential opportunities this announcement brings to the West. Our goal has always been to create a pathway of opportunity for players trying to reach the highest level possible in the game” stated ALL President Paul St. John. Now that the ALL West is a reality, it’s a big day for lacrosse players that reside in Western Canada as they chase their dreams of one day playing pro in the NLL.”

St. John added “With our on-going partnership with the NLL and the expansion into Canada’s West, we will now provide players who have usually put their stick away for the winter the opportunity to join a league that provides terrific competition and development, providing these players the opportunity to be exposed to NLL teams with the possibility of getting promoted in-season to the NLL. The ALL is proud that 15% of current NLL players have played at least one game in the ALL.”

National Lacrosse League Commissioner Nick Sakiewicz had this to say about the ALL expansion. “We are pleased with the foundation the Arena Lacrosse League has built and expansion to Western Canada is exciting for both leagues. Growth at the Minor league level is vital and will only enhance and compliment the current NLL talent pool allowing more players the opportunity to train and develop their skills in preparation for the next level. Our Coaches and GM’s will be able to utilize geographical location to draw talent and build a prominent pool of potential NLL players.”

Plans for the ALL West is to have a 4-team division that will play all games out of Langley Events Centre, a top sports and entertainment facility in the lower mainland of B.C.  LEC currently hosts numerous events, tournaments, and multiple sports in addition to the Vancouver Giants of the Western Hockey League. LEC was also the home of the Vancouver Stealth (now Warriors, who continue to practice at the facility) of the NLL. The 4 teams in the ALL West Division will also use the facility for training camp and practices.

“The Lower Mainland remains a lacrosse hotbed and we are happy to give the passionate lacrosse fans even more opportunity to watch what has been nicknamed the fastest game on two feet,” said Gary Ahuja, Manager Corporate Communications and Media for Langley Events Centre. “Plus, it is always exciting to add even more entertainment to an already busy Langley Events Centre, and to help these young men on their pursuit to playing the sport they love at the game’s highest level.” 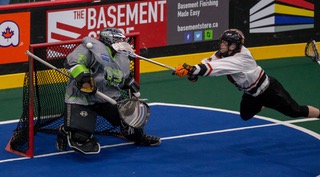 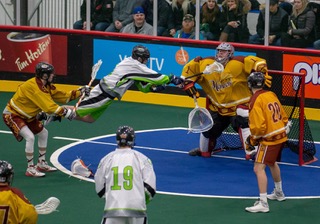 The ALL plays under the same game rules as the NLL, providing high-level competition and exposure that will provide management and executives from the professional NLL ranks the opportunity to monitor individual progress through game webcasting and statistics. Game evaluations from ALL West coaches will assist in development of players that are currently on NLL practice rosters or are ready for in-season call ups.

The Arena Lacrosse League brings another level of lacrosse to the Province. With direct access to the National Lacrosse League, it will provide an opportunity for players to receive high-level coaching, helping to advance and improve their skills playing against similar competition while preparing to transition to the pro level.  For emerging coaches and officials, it is an opportunity to be a part of a league playing under NLL rules to continue their development and be evaluated.

The ALL West will have its inaugural draft November 20, and players 18 years of age and older are eligible to play. Potential players can now register online through the ALL website arenalacrosseleague.ca 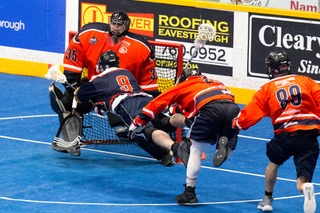 Training camps will open the week following the draft, with the opening games of the regular season set for the weekend of December 11/12.  A minimum 12-game regular season will conclude with Championship Weekend for the West set for March 26 and 27.

About the Arena Lacrosse League: Proud partners of the National Lacrosse League, the ‘ALL’ is highly recognized as the “Official Minor League of the NLL”. Established in 2017, the ALL operates a seven team East Division based in Ontario, Canada, as well as a four team West Division based at Langley Events Centre in the Township of Langley. The ALL provides a high-level development league for players, coaches, and officials with professional aspirations. Currently in it’s fifth year of operation, the ALL has provided over 100 players to the NLL.

To learn more about the league, visit www.arenalacrosseleague.ca.