HockeyShot is proud to announce a new partnership with NHL superstar and captain of the Florida Panthers, Aleksander Barkov.

MISSISSAUGA, ON, Oct. 11, 2019 /CNW/ – At HockeyShot, we take pride in helping to advance the future of the game through skills, speed and overall hockey development in order for the game to be better and more fun for everyone. We feel strongly in Barkov’s devotion to the game of hockey and his unparalleled dedication to perfecting his craft and believe that this relationship aligns perfectly with both HockeyShot and Barkov’s goals.

“The opportunity for us to align the HockeyShot brand with one of the best all-around players in the game was a simple decision,” said Alex Fortin, the VP of Brand Marketing for HockeyShot. “It is easy to notice his dedication and strong work ethic towards the game and his willingness to go the extra mile to constantly be getting better which we share here at HockeyShot.”

“He had previously posted on social media a photo of his off-ice training setup at his home in Finland, and I immediately knew that HockeyShot could play a role in further elevating his game while inspiring others to do the same,” Fortin said. “We reached out to him and the connection immediately took off. He’s such a hard working and committed player, it was just the perfect fit.”

In order to celebrate the partnership between HockeyShot and Barkov, a bold and empowering statement needed to be made. HockeyShot has a focus on helping players develop their skills no matter who they are or where they are in the world, and Barkov is a player that will go above and beyond in order to work on his skills whether he is at the rink or not. While in Las Vegas to attend the NHL Awards, Barkov was still searching for ways to work on his game. In order to announce our partnership while giving Barkov a place to work on his skills, we set up an ice rink in the middle of the Nevada desert, truly showcasing that hockey can be played anywhere!

“Our goal was to show that you can train and skate anywhere with the help of HockeyShot training aids and skateable synthetic ice tiles,” Fortin continued. “It also shows that it doesn’t matter if you are just learning the game, or feel that you have mastered your skills, even the best in the world go to the next level in order to keep getting better.”

Last season we built a rink on the beach in Florida for a Shootout Challenge between Barkov and fellow HockeyShot ambassador, Pavel Barber. The two went head-to-head on HockeyShot’s synthetic ice to see who had the better stickhandling skills and hockey creativity! As we begin our journey with Barkov we look forward to pushing these boundaries even further, bringing hockey to unexpected places while improving the skills of players around the world! 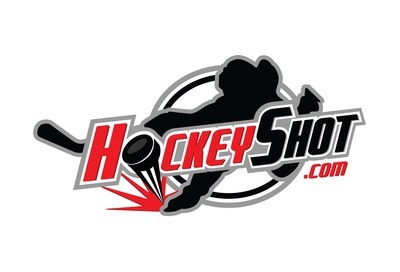