North Delta’s Govind Saggu is as a Field and Box Lacrosse player at 16. Govind has played lacrosse since he was seven with the Surrey Rebels Box Lacrosse Program. Lacrosse is Canada’s National sport.

Govind took to lacrosse naturally and comfortably found himself playing in the top rep teams yearly. His most tremendous success came this year. He was the only player of South Asian descent to be drafted in the 2022 BCJALL Junior A draft which is a huge accomplishment. Govind was drafted 12th overall to the Port Coquitlam Saints, where he plays Junior level Tier 1 lacrosse. The BCJALL is one of the world’s top Junior A box leagues. His current Poco Saints coach Mitch Milani described Govind as: “Govind’s passion and willingness to learn is tremendous. The average player would accept the coaching point and move on but not Govind. He wants to apply your tip to his game immediately, which shows how badly he wants to improve as a player.

Govind took to lacrosse naturally and comfortably found himself playing in the top rep teams yearly. His most tremendous success came this year. He was the only player of South Asian descent to be drafted in the 2022 BCJALL Junior A draft which is a huge accomplishment.

Govind’s greatest strength as a player is his lateral quickness, which he pairs with his shot on the run to threaten any defense as a dangerous 1-on-1 threat. Govind established that he could play offense and defense this season and took tremendous strides forward in his first season of Junior Lacrosse. From beginning to end, his lacrosse IQ grew exponentially. I’m excited to coach him again and help him fulfill his potential as a well-rounded lacrosse player.” 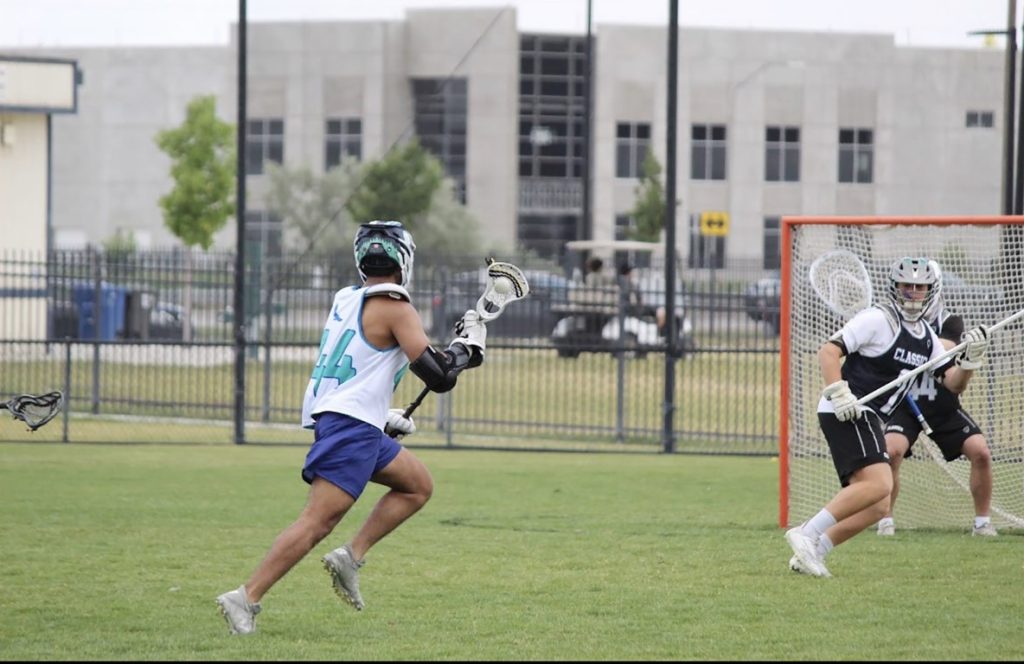 Before this draft, Govind always made the highest teams for his age group and competed in several national and international lacrosse tournaments. In 2017 Govind qualified for the Junior National Lacrosse League. It secured him a spot at the 2017 US National Box Lacrosse Championships in San Jose, California, and then the 2017 Junior NLL in Toronto, Canada. At the national level, Govind persevered through the pressure as one of the top goal scorers leading the way to a silver medal finish at the US Box Nationals and a Bronze place finish at the Junior NLL tournament in Toronto. Govind was recruited as a free agent for Team Ontario to play a tournament over the 2017 Christmas break.

Last year he was allowed to be an underage affiliate with the Junior B2 Surrey Rebels team at 15 under coach Ray Legace. Govind won a gold medal with his team at the Battle in Alberta Junior tournament. As an underage player, Govind scored 8 goals and 8 assists in only 6 games played with the Junior B team. Alongside being an affiliate, Govind excelled as a Midget A1 player scoring 17 goals and 6 assists in a shortened Covid season comprised of only 8 games. Surrey Rebels Lacrosse Association awarded him the prestigious 2021 Player of Year Award. Govind also plays field lacrosse. He was invited to play with the Pro Calibre Lacrosse (PCL) under the coaching of Tyler Pace. A current NLL player for the Calgary Roughnecks, he was the only player out of Surrey to get a rare chance to represent BC at the Canada Cup in Orangeville, Toronto, in August 2021. He has made it to the highly ranked, elite Fusion West Lacrosse travel team. Under the highly reputable coach Kevin Crowley, Team Canada Men’s National Team Captain played in the National Lacrosse League (NLL) with the Philadelphia Wings. He can showcase his abilities

in front of college coaches for recruitment into a US college or university, including The Legends Invitational in Salt Lake City, Utah. In Pennsylvania, Govind also competed in the NXT (Nike) Philly Summer Invitational, Inside Lacrosse (Under Armour) Invitational and Diamond Invitational in Maryland. This year, he won the Player of Year Award for exceptional talent in box lacrosse. 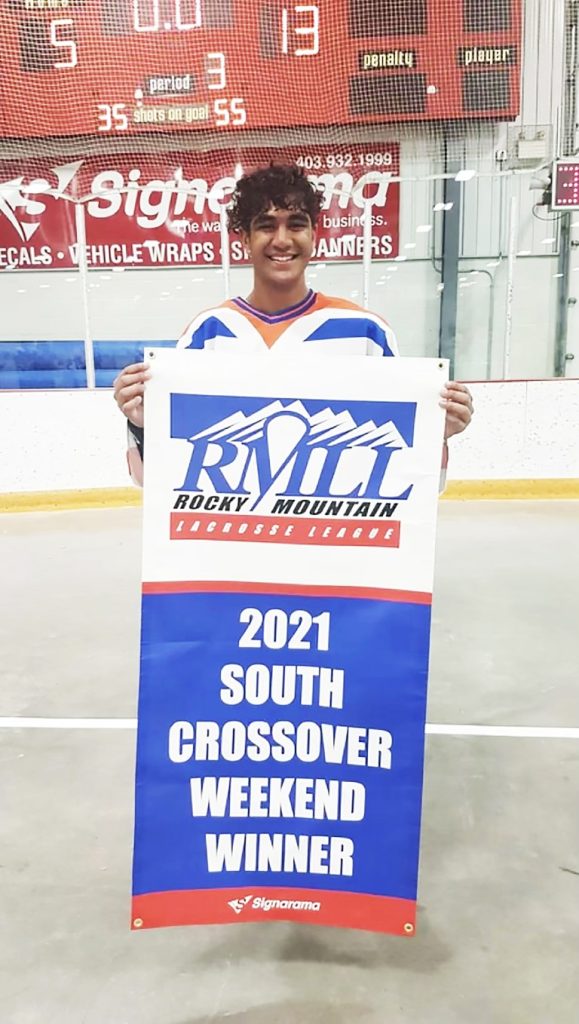 Apart from sports, Govind’s first priority is school, and he excels academically. He currently attends the highly ranked high school Seaquam Secondary in North Delta and just completed his grade 11. Govind’s primary aspiration is to achieve an NCAA sports scholarship to College or University in the US. He wants to focus on following in his parent’s footsteps and becoming a professional in his chosen career path while playing the sport he loves the most.

Govind is grateful for all the support his parents Bobby and Ramen Saggu have provided to help him achieve his dreams and thrives on the love from his younger brothers Kishan and Neishhan through his journey.