An Indigenous, Musqueam young woman, Zoë Craig-Sparrow, the daughter of Laura Sparrow and James Craig and the granddaughter of Edward and Susan Sparrow, is a feminist activist born and raised on Musqueam’s unceded territory in Vancouver, Canada.

An Indigenous, Musqueam young woman, Zoë Craig-Sparrow, the daughter of Laura Sparrow and James Craig and the granddaughter of Edward and Susan Sparrow, is a feminist activist born and raised on Musqueam’s unceded territory in Vancouver, Canada.

The Musqueam people are matriarchal and have lived on the Fraser River delta for over 10,000 years. As a Musqueam woman, Zoë comes from a long line of matriarchs and strong women who she looks up to, especially her mother, and works to embody the teachings, resilience and strength of her ancestors who came before her.

“From a young age, I had a strong sense of right and wrong and a strong sense of self,” she reminisces. “My activism began at the age of 12 when I first started an internship with Justice for Girls (JFG), a non-profit organization advocating for girls’ rights and social, economic, and environmental justice.” This organization led Zoë to another internship with JFG in partnership with the David Suzuki Foundation. “I traveled to the United Nations to present a submission to the Committee on the Child’s Rights in 2012. Since then, I have maintained these ties at JFG as a volunteer, board member, Co-Director, and currently as the Director of Indigenous Rights and Environmental Justice.” 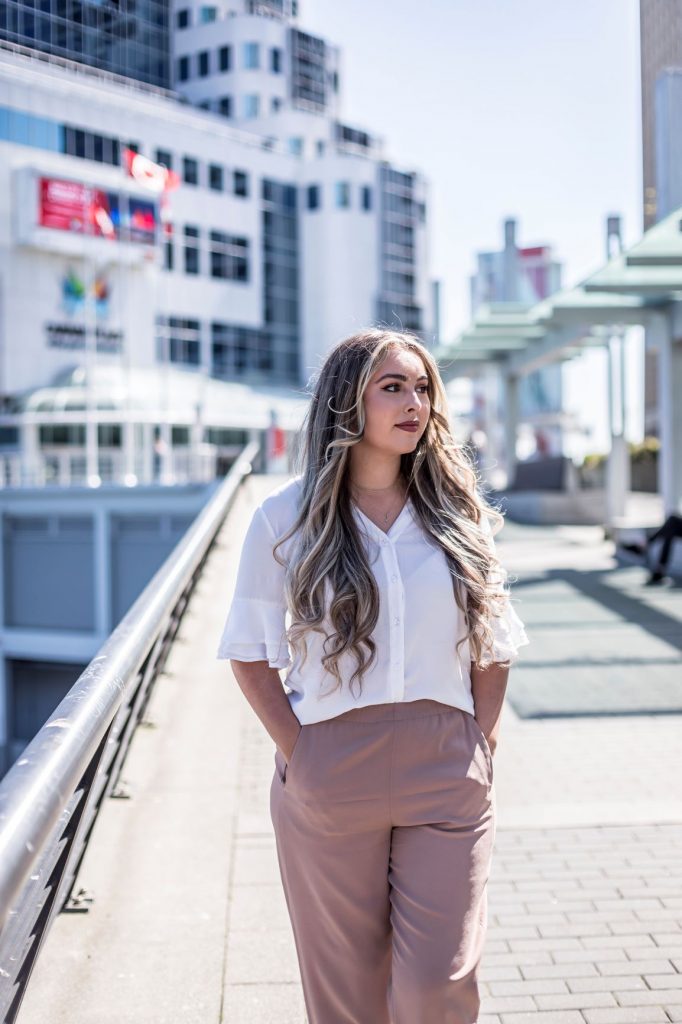 One core aspect of Zoë’s life that has gone hand in hand with her activism is her education; she’s passionate about education and achieving academic success despite the barriers she faces as an Indigenous woman. This passion has led her to pursue her BA in Political Science at UBC before completing her Master’s degree in human rights at the University of London (awarded with distinction). She is now pursuing her Ph.D. in human rights.

“My biggest inspirations have been my mother and family and the leadership and strength of Indigenous women and girls as a whole. Indigenous girls continue to face the deepest levels of poverty, extreme vulnerability to racialized male violence, and over-institutionalization in prisons, mental health institutions, and child welfare placements. Despite the many intersectional and intergenerational effects of colonization, residential schools, the current genocide of Indigenous women and girls, and the ongoing violation of Indigenous peoples’ rights—these women continue to fight for their children and their culture while demonstrating resilience, compassion, and love.”

Zoë’s passion for the power and positive impact of Indigenous youth further grew after she co-hosted an inspirational teen show on the ‘Aboriginal Peoples Television Network (APTN),’ which showcased Indigenous youth change-makers worldwide. There, she used her platform to mobilize and inspire youth to ‘be the change’ and discussed her fight for girls’ rights, indigenous rights, and the environment. This show, which she hosted at 16, truly helped her solidify her confidence in her voice. “I’ve stayed connected since then and am currently a guest host on “First Talk,” also airing on APTN, an Indigenous talk show led by an incredible Haida woman and mother, Tamara Bell.”

As a young leader, Zoë’s journey and success would not have been possible without her mother’s unconditional support and guidance. “My mother has always believed in me, in my dreams, and what I can accomplish—no matter my age. And that is what I want for the next generation of diverse, strong, young female leaders. Do not underestimate the power of your voice. Your experiences and the barriers and challenges you have faced in your life give you a unique perspective and voice to affect change.”

In celebration of Mother’s Day, Zoë encourages all to not only celebrate the exceptional women and mothers in your lives but to consider what legacy you want to leave behind for the most vulnerable women and girls who will follow in your footsteps. What sort of role model do you want to be? And how can you leave this world a better place than you found it?

“Think not of what you have inherited from those who came before us, but what you are leaving behind for those to come,” she said with passion and conviction.