“A memoir of a Renaissance man, one with international experience, refl­ecting his humanitarian and creative activities, and intriguing diversity of interests and talents.”

Prakash Vinod Joshi began his post-secondary studies in Industrial Chemistry at East London Polytechnic. He has completed a diploma in Chemical and Metallurgical Technology at the British Columbia Institute of Technology (BCIT). After earning a Limited Engineering License (Eng.L.) by the Association of Professional Engineers and Geoscientists of BC (APEGBC), is now called EGBC, Engineers and Geoscientists of BC. Prakash is currently the Senior Materials Engineering Technologist for their Canadian Construction Materials Engineering & Testing Division with Metro Testing and Engineering Ltd.

Prakash has amassed over 45 years’ experience across the United Kingdom and Canada in Materials Engineering inspection and testing as well as in Quality Control inspection and testing. For the past 15 years, he has been involved in construction materials failure and damage forensic investigations. In his work in Materials Engineering inspection, Prakash’s responsibilities include consulting field evaluation and laboratory testing of a wide range of construction materials. “Much of this work has required the development of innovative testing and equipment procedures,” he advises. In the field of Quality Control inspection and testing, his responsibilities have included certification concrete laboratories per CSA requirements, training laboratory and field personnel, and outing checks and monitoring of outside Quality Control laboratories. Prakash has taught on topics related to these fields at post-secondary institutions such as the British Columbia Institute of Technology (BCIT) as well as presented at conferences or workshops at the British Columbia Ready-Mix Association, the Applied Science Technologists and Technicians of British Columbia (ASTTBC) and at the University of British Columbia. 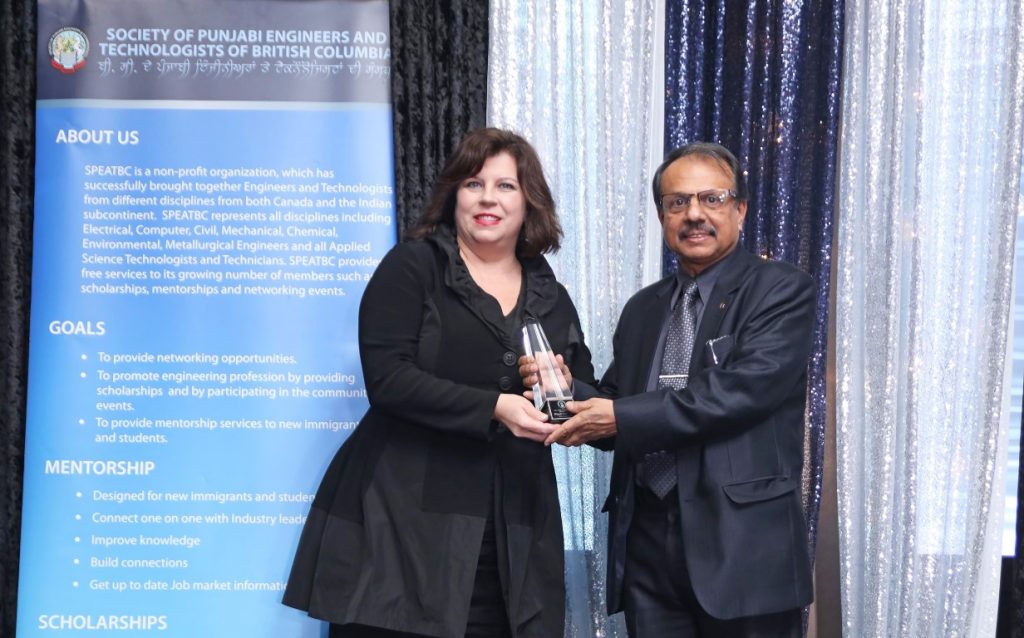 Prakash was born in Uganda but had to flee from there due to political unrest. He has also lived in Asia, Europe, and North America. His experiences, while leaving all around the world, are captured in his memoir, “Life in Four Continents.” The cover of the book describes it as such: “A memoir of a Renaissance man, one with international experience, reflecting his humanitarian and creative activities, and intriguing diversity of interests and talents.”

The following are excerpts from “Life in Four Continents”:

“There was talk about Indians exploiting Africans. Yet, my maternal grandfather was known to visit an African leprosy village to help the sick and forgotten Ugandans.” And my paternal grandfather was known to open the shop door in the middle of the night to assist African customers with emergency supplies. This was our new home, Uganda, but soon we fell victim to a leader who had a different idea; he gave us three months to get out of the country. The family was split. Some ended up in the United Kingdom, some returned to India, one uncle landed up in Brazil. In contrast, some of us landed in Canada.”

“One day, my grandfather asked my aunt for some clothes, and I helped him to load them on the back of the truck. Then we went to the shop to get some books and stationery, and he said to me, “Son, let’s go for a ride.” After about half an hour’s ride, on the outskirts of Masaka, we pulled into a small village. For the first time, I was face to face with Africans who had leprosy. Seeing disfigured faces and limbs was shocking and remember feeling very sad. To this day, I have never forgotten those faces. From then until now, I have also been asking people from Uganda the same question – if they had ever visited a leprosy village. I still have to find one person who did. It has been such a proud moment for me. At such a young age, my grandpa made me realize the true meaning of giving and sharing without expecting anything in return.”

Prakash is also a composer, musician, and singer. His father and uncle were also musicians. Prakash first performed on television at the age of 17, performing songs made famous by artists such as The Beatles, The Monkees, and Elvis. For the past 3 decades, he has focused on Indian themed classical music.

Prakash also finds time to give back to the community. Some of this service includes: as Director on the ASTTBC Council; Past-President of the Society of Punjabi Engineers and Technicians of BC (SPEATBC); Past Vice-President of the Uganda-Canadian National Association (UCNA); Past BC Regional Coordinator of “Initiatives of Change,” an international reconciliatory non-profit organization; and he is also a founding member and Past President of the Ind-Can Cricket Club, a league with nearly 75 teams.

“As the founding member and as the past president of SPEATBC, I was humbled in receiving the first-ever Life Time Achievement Award from our association,” Prakash advises.

Prakash resides in Vancouver with his wife, Darshana. They have three children, Ronak, Tejaswini, and Milan. Prakash and Darshana are also proud grandparents of grandsons Nikhil and Rohan Trivedi and a granddaughter Aaliyah Joshi. To learn more about Prakash Vinod Joshi, visit his website at www.pjoshi.ca His book “Life in Four Continents” can be purchased on the Amazon and Chapters websites. 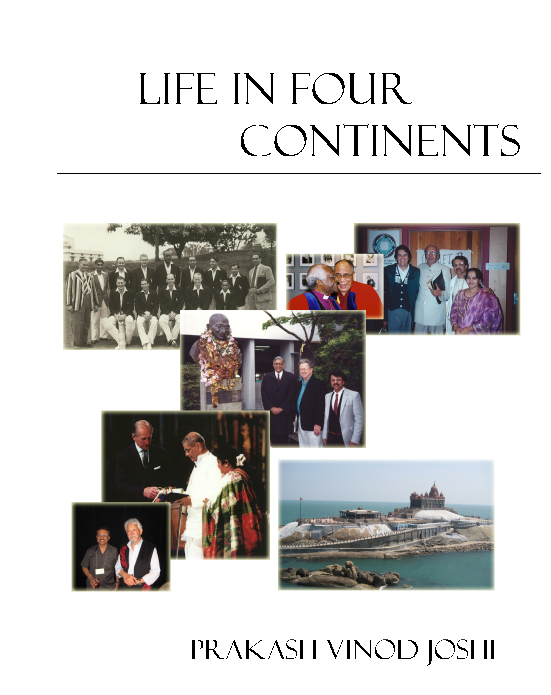