I encourage people to do whatever they can to give back. Even if you can do something for one person, you have made a great difference in that person’s life. And that—is plenty.

For Raj Arneja, the concepts of seva and volunteering were instilled in her since she was a young girl. Born and raised in Canada, Raj comes from a family of pioneers. Her mother & father settled her family (2 sisters and a brother) in New Westminster, where Raj attended both elementary and high school. “My father was an educated man but could not find a job other than labour work,” she declares. “He eventually found a job on the New Westminster waterfront, and later on became socially engaged in the Punjabi community by helping family class immigrants migrate.

“It was such a small community then,” Raj vividly recalls. “The Gurdwara was a big part of our growing up. It was a central place for families to gather and it was natural for us to do Seva, whether in the langar hall or upstairs in the prayer room,” she recalls. Raj was one of the few people of color in her elementary school and often endured racial taunts. “I had two long braids and stuck out like a sore thumb, and sometimes kids could be quite mean.”

Things changed in High School, as the student body was a little more diverse. “There were kids from Greek, Italian, and Asian backgrounds plus many Indian kids too,” she recalls. “I was more like everybody else in high school.” Raj’s older brother, who she cites as a role model, also helped to make her entrance to high school comfortable. Tragically, her brother died at 19, when Raj was just 15, in a racially motivated attack. To this day, Raj remembers him fondly. “He was such a big influence in my life,” she beams wistfully. “He was such a big fixture in the school, a star sportsman and the popular kid, so when I started, everyone knew me as his sister.”

“I took Guitar in grade 8, and he was so excited for me that he bought me a guitar,” Raj recalls. “I still cherish that guitar and that memory to this day. He loved rock music, and he introduced my sister and me to the deep depths of that genre. I love music, thanks to him, and all genres of it. I passed this love of music onto my kids. My daughter is now pursuing her career as a professional vocalist.”

After high school, Raj would enter into several diverse careers, including treasury administrator of a precious metal and currency exchange dealer and later on changing completely to becoming a travel executive. She is currently the Director of Community Engagement and Philanthropy at Nanak Foods. In this role, she has made Nanak Foods a socially responsible company that supports a diverse range of arts, health, and culture initiatives both at home in Canada and abroad. A recent effort of Nanak Foods, in honor of their 20th anniversary, was a large donation to the Children’s Campaign of Surrey Memorial Hospital to upgrade the children’s ward. 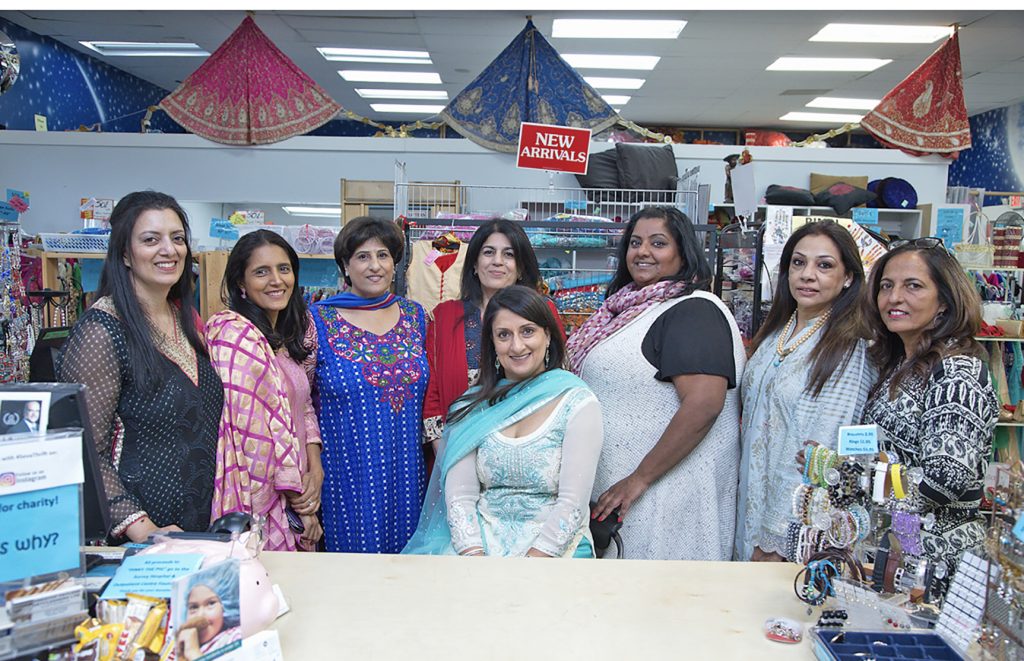 We are such a throw-away society,” she explains. “SEVA is making a statement around re-using items such as Indian clothing, western clothing, and household items. We have refugees, immigrants, and Canadians who can find affordable items within their budgets.

The values of ‘SEVA’ are
S- service and sustainability
E- empowerment and equity
V- Volunteerism and Vitality of community
A – altruism, and Appreciation.

“We are such a throw-away society,” she explains. “SEVA is making a statement around re-using items such as Indian clothing, western clothing, and household items. We have refugees, immigrants, and Canadians who can find affordable items within their budgets. Its a first of its kind thrift store, carrying a huge variety of Indian clothing.” In three years, the thrift store has raised $60,000 for the Surrey Memorial Hospital Foundation.

Seva is overseen by a Board of Directors and about 30 volunteers. A genuinely humble person, Raj emphasizes that she has come across many hard-working and dedicated volunteers in all of her philanthropic efforts, and wants to highlight their efforts. “The fact that Seva runs so successfully is very much thanks to the efforts of its Board and dedicated volunteers,” Raj advises. Seva’s most recent donation will allow the Foundation to purchase equipment for the children’s ward at Surrey Memorial Hospital. 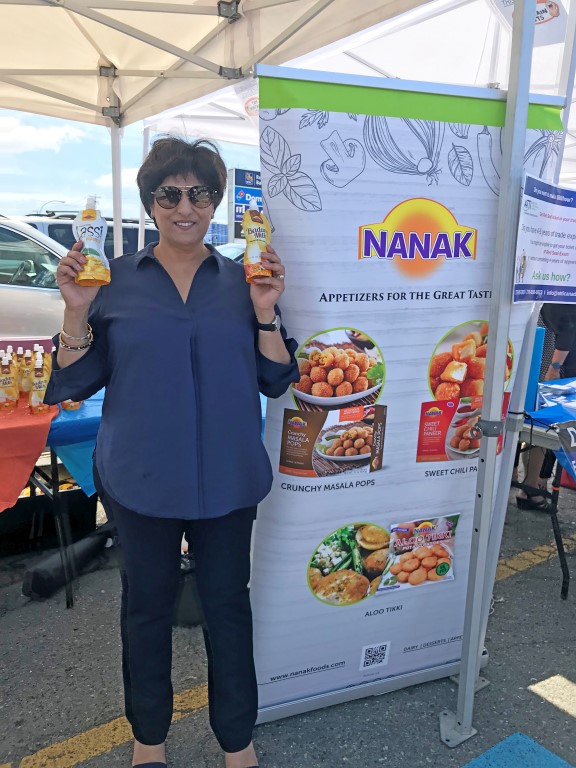 Raj has been involved with other non-profit organisations over the years and has helped raise funds for them.  She currently sits of the Board of the Vancouver International South Asian Film Festival (VISAFF) and in the past was with the Vancouver International Bhangra Celebration Society (VIBC), now called 5X. She has  also been actively involved to help other organisations such as the Mamta Foundation and Food for Famine. For over 12 years now, she has been fostering two children through Plan Canada. Once a lunch volunteer at Surrey’s homeless shelter, The Front Room, she also produced a charitable event in support of the Boys & Girls Club to help combat bullying. She often enlists family and friends to help support such initiatives. She strongly feels that there are no borders when doing charitable work intended to benefit humanity.

Internationally, she has supported organizations such as:
• The Jyoti Sarup and Unique Home orphanages in Punjab
• Mukermuji School in Kenya, •Oxfam,
• United Nations High Commissioner for Refugees
• Her pet project, “Light of Hope” fundraiser—was in support of two all-girl orphanages in India.

When she traveled to Kenya to volunteer in a small village school, she brought her children along. She has instilled within them this passion for helping others both locally and internationally. Raj was recently the recipient of the Woman’s Economic Forum’s Award for Empowerment for her work in corporate philanthropy.

“I pick and choose what I should support. I like the arts, culture, and other projects that benefit the community. I want to work with people who share the same passion as mine.”

While she’s welcoming for a worthy cause, she also makes sure to contribute her time, energy, and overall commitment to ensure the success of anything she initiates. 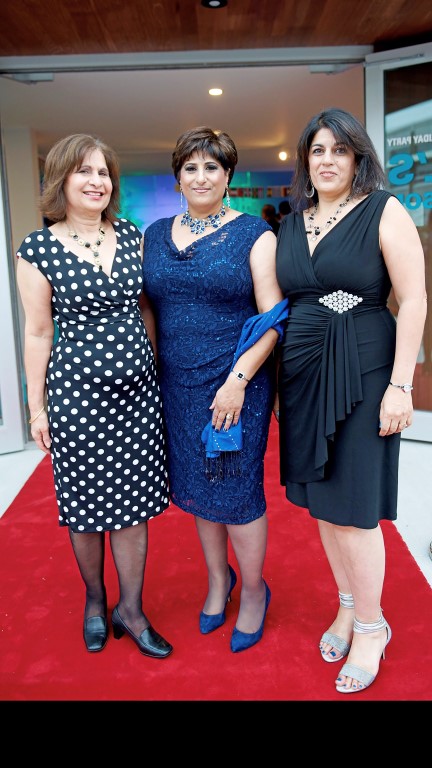 Now I’m at my 65th country,” Raj spoke with excitement, almost in a reverie. “I’m always looking ahead towards the next destination or the next challenge.

Raj is a wanderlust. She’s been everywhere on planet earth. She accomplished her personal goal of traveling 50 countries before she turned 50. “Now I’m at my 65th country,” Raj spoke with excitement, almost in a reverie. “I’m always looking ahead towards the next destination or the next challenge.”

Raj wears many hats—but the most important one is her role as a mother. She is proud of her children’s talents and accomplishments; her son is a lawyer, and her daughter is a vocalist.

Raj has written a memoir to be published on November 9, 2019, the World Adoption Day. The book is entitled Love at First Sight: A Mother’s Journey to Adoption. “The memoir depicts my journey to becoming a mother by going to India and adopt my two children”. She adopted both her children, now 27 and 23 when they were just days old. “It was definitely, love at first sight,” Raj happily recalls. “It was also an intense spiritual journey. I hope people will read the book. I wish to tell the world that adopting a child is one of the most rewarding, self-satisfying life experiences a person could have.  It’s a commitment to unconditional love both ways. And while the word ‘adoption’ is in the title of the memoir, it’s only to give awareness. As a matter of fact, it’s a word we never use at home.” 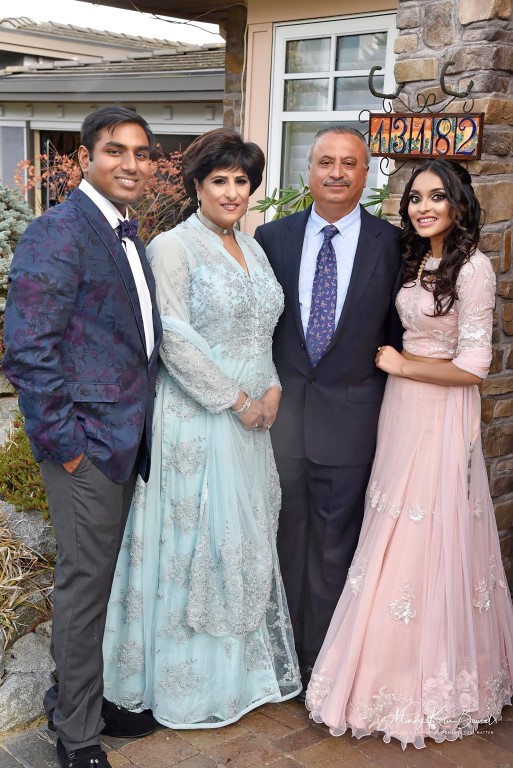 When asked if she would like to offer any words of advice to DRISHTI readers, Raj again demonstrates humility. “People sometimes say I have influenced them, and that is an honor to hear. I do what I enjoy; give back to the community, the same way my own family and the community taught me—to give back.”

“I am lucky that at this point in my life, I have the time and financial stability to do what I do and support initiatives that I am passionate about. I realize not everyone has that privilege, but I encourage people to do whatever they can to give back. Even if you can do something for one person, you have made a great difference in that person’s life. And that—is plenty.”

Look for Raj’s book Love at First Sight: A Mother’s Journey to Adoption online. And of course, look for her out in the community. Chances are she will be out and about supporting various charitable initiatives—though just as likely she will be quietly getting things done in the background!