Toronto ACTRA Women's Committee (TAWC) created The Nell Shipman Award to annually honour a female-identifying producer, writer, showrunner, mentor or programmer who has advanced gender equity in the Canadian film and television industry in front of and behind the camera.

TORONTO, May 25, 2018 /CNW –  Jill Golick, award-winning writer-creator and former president of the Writers Guild of Canada (Central Region), presents the 5th annual Nell Shipman Award to screen and television writer and creative executive producer Karen Walton at The Spoke Club. The Toronto ACTRA Women’s Committee (TAWC) created The Nell Shipman Award to annually honour a female-identifying producer, writer, showrunner, mentor or programmer who has advanced gender equity in the Canadian film and television industry in front of and behind the camera. TAWC continues its association with Control Over Destiny Jewellery Designs to create a one-of-a-kind wearable award.

Ms. Walton is a film writing graduate of the Canadian Film Centre and a recent Showrunner in Residence for the CFC’s Bell Media Prime Time TV program. She is best known as the writer of the cult horror classic Ginger Snaps. Her extensive television credits include celebrated episodes of Orphan Black, Queer as Folk, Heart: The Marilyn Bell Story and the true-life rape culture saga, The Many Trials of One Jane Doe. She is the winner of the Canadian Screen Academy’s 2016 Margaret Collier Award for Screenwriting and a proud recipient of a Women in Film and Television’s Crystal Award.

In 2007, Karen founded the public online community known as inkcanada – Canadian Screenwriters & Their Sketchy Friends, a Facebook Group dedicated to fostering free access and open exchanges between Canada’s professional storytellers and those who aspire to telling their own stories — no matter who they are or where they live. Now in its 11th year, inkcanada features the distinct voices of over 5,500 creatives in Canada and around the world. Walton was awarded the Writers Guild of Canada’s Writers Block Award (renamed the Denis McGrath Award in 2018) for outstanding service to the screenwriters’ community.

Ms. Walton’s body of work champions society’s underdogs and outliers and her dedication to fair representations of gender, gender equity, racial and cultural diversity in entertainment continues, onscreen and off.

“Actresses across Canada can be grateful to Karen Walton for creating such rich, real and raw characters in the stories she tells,” says TAWC Co-Chair Freya Ravensbergen. “She has been a champion of inclusivity and parity, and her work has been hugely successful.”

“As we said in the Creative Industries Code of Conduct, promoting gender equality and diversity will help break down barriers and create safe and respectful workplaces free of harassment,” says ACTRA Toronto President Theresa Tova. “The Nell Shipman does its part to draw attention to women who hire women. ACTRA Toronto is pleased this year to honour Karen Walton, a talented and bankable key creative since Ginger Snaps was a breakout hit 18 years ago.”

During the gala, the latest of TAWC’s Toolkit films, Moon Dog, will be screened, in which a young woman, estranged from her family, returns home to fulfill a life-changing pact with her father. The short film is produced by Sydney Van Delft, directed by Chala Hunter, written by Alice Snaden and stars Alice Snaden and Martha Burns.

The Toronto ACTRA Women’s Committee (TAWC) is a committee of ACTRA Toronto. ACTRA Toronto is the largest organization within ACTRA, representing more than 15,000 of Canada’s 23,000 professional performers working in recorded media in Canada. As an advocate for Canadian culture since 1943, ACTRA is a member-driven union that continues to secure rights and respect for the work of professional performers. 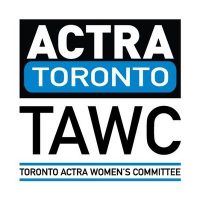