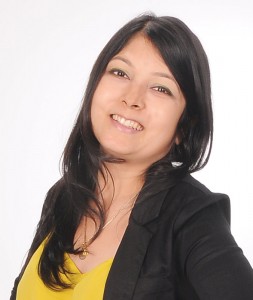 Sherry Duggal is a naturopathic doctor how is now focusing on her creative side.

“I like to blend the colors of my past experiences so that I can paint a big picture”, she says “That way I can look at the unique shades that change with time, while filling in the missing pieces. It’s the way I learn and I am continually growing and evolving as a person”.
Movement and dance has always been a big part of her life and she has had extensive training in Indian classical (Bharatnatyam) and Bollywood style of dance.

Writing and acting, however, are her focus now.

Dance is poetry in motion and she likes to transfer that movement onto the page. She enjoys expressing thoughts and ideas through words and has experimented with different genres. She has found her niche in poetry and spoken word and her works are performance oriented.

While exploring universal themes, her work is a reflection of her.

Her unique style blends different areas which include psychology, philosophy and the mind body connection.
She has written for prominent magazines.

“As part of the creative process, I love interviewing individuals from all walks of life”, she says. “It enhances me as an artist”.
Sherry has also delved into script writing and enjoy making characters come alive both on stage and on the page.

Sherry presented her comedy play “Love Therapy” at the Masala Mehndi Masti! Festival, the biggest South Asian Festival in North America. One of eight featured writers, her one woman act “Epiphany” was presented as part of the Pull Festival in Vancouver, B.C. She also presented her play “Eve: A Balancing Act” at the Edinburgh Fringe Festival and has also recently performed in New Delhi, India.

‘There is poetry in everything you see, even the people around you”.

She has been a featured writer for “World Poetry”,  “Writers International Network” “Poetic Justice” and the “Surrey Muse” and has performed for the Rabindranath Tagore Festival and the Sufi Legacy Conference.

For Sherry, all art forms are interconnected. They enhance each other. Her acting training has shown her that wonderful things happen when you are in the moment.You go with the flow and don’t try to shape everything around you.

That is how she approaches life.
Sherry’s art has kept her grounded, forcing her to just be and take things as they come.Sherry was the lead in a feature film called “Plus” and has worked on a number of short films and music videos, while training at various acting studios in Vancouver, B.C

Her goal? To  act. To write. To help individuals tap into their creativity.

“Through my art I want to help others become more aware of their emotional and spiritual self”, she says.
Sherry also facilitates workshops, which are writing and movement oriented. Through her workshops she wants to show others that there is a link between art and healing.
“Art and science are two sides of the same coin. Although many would think of it as a career shift both are linked. Both take you into that same headspace, that meditative state where all healing occurs”.
Sherry doesn’t do full time clinical case taking any more and although a career shift has been a challenge, she is now allowing the artist in her to take full shape.
For her it was just a matter of shifting her perspective and zooming in on the different parts of her that were already there.

It has been a journey of self exploration.

So her goal now is to keep her spirit alive through creative expression and to inspire/ encourage others to do the same inside and outside of the class environment.
She will be releasing her first book “Beneath The Surface” via Leadstart Publishing In Mumbai, Maharashtra- launching this January and will also be taking part in panels and performing in the Lucknow Literature Festival in February 2015.

To learn more about her, visit her website http://sherryduggal.wix.com/sherry-duggal