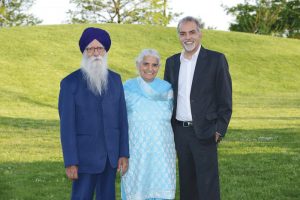 We often undervalue the contributions of our nation’s workers. Instead, we must value and celebrate the dignity of all honest work.

There is much talk in the media these days about the thousands of jobs in British Columbia and the rest of Canada that will have to be filled by non-Canadians – meaning new immigrants and/or temporary foreign workers. Most of these jobs will require workers with trades skills, technical experience and knowledge. While this may be the case, the tone of the public discourse is, perhaps unintentionally, diminishing the value of the kind of work that many Canadians, new immigrants and temporary foreign workers do.

When their jobs are called “menial,” “grunt,” “low skilled,” or “unskilled,” I believe we are unfairly degrading this kind of work. Our society cannot function without people working in these jobs, and the people that do them deserve to be valued for their contributions to our communities.

In Canada, we don’t only need people working in high tech, “high skilled” jobs. We need people to work in all aspects of a functioning society. Whether it is picking the food that ends up on our kitchen tables, serving coffee, building houses, or growing a business, each person contributes to the development of our communities and our economy in an important way. Each position that a worker takes on will help them to develop the skills they need to progress in their own life and to further advance our economy as a whole. And each position allows a worker to develop important people skills such as communication and teamwork, ensuring more cohesive and harmonious communities.

My father came to Canada in 1960 with no marketable or technical skills. He worked as a labourer in a saw mill, a plywood mill, and in a small metal fabricating shop on the weekends where he painted railings. Eventually he started his own construction company. He became successful in the latter and ended up pioneering one of the first Canada-India partnerships, building a major education and health care centre in India, and forging a relationship with the University of British Columbia in training nurses. This initiative has been beneficial to both Canada and India, and may not have been possible if it weren’t for the skills my father had learned in his earlier roles.

Similarly, my father-in-law, Jacob Loewen, and his family arrived in Canada in 1948 after fleeing their home town of Tiege, Ukraine in 1944, which had been under communist rule. With a grade eight education and a short apprenticeship in carpentry in Germany after the end of World War II, his first job was on a farm in Abbotsford. Later, in 1951, he worked on some construction sites in Kitimat and Burns Lake, and in 1956, he started his own construction company, going on to build over 125 single family homes in Vancouver and multiple commercial buildings over a 25 year period. He worked hard from sunrise to sunset for many years and he loved every minute of it. He even found time to take English literature classes in the evening at John Oliver Secondary School and the Dale Carnegie Course to improve his English and public speaking skills.

My mother-in-law, Hilda (Stobbe) Loewen, whose family also came to Canada after World War II says, “….in Canada we were no longer afraid. We could now work hard and create a better life for ourselves and others.”

I started working when I was 11 years old; I took on all kinds of jobs around Port Alberni where my family had immigrated. My first job was picking potatoes in September with my mother and my youngest sister. I later delivered the Vancouver Sun and Province newspapers, worked in a hardware store, picked strawberries, corn and vegetables on farms, and worked at the plywood mill. In the summer after grade 10, I was working 16 hour days – on a farm seven days a week, and nights at the Alberni Plywood mill.

When we moved to Vancouver South, I began working after school and on weekends at the Terminal Saw Mill and later one summer at the Eburne Saw Mill where the B.C. Transit Station now sits. I worked on the log boom, on the green chain, as a carpenter’s helper, on night fire watch and on cleanup crew. Many evenings and weekends I would also help on my father’s construction sites while at school and university.

Most of these jobs would be classified as “menial and low-skilled.” But at each of those jobs, I learned something new and I brought that knowledge and skill with me to the next job. I learned technical skills as well as people skills, and how to work as part of a team. I learned firsthand the strength and dedication it takes to do manual labour and to work the land, efforts that are essential for thriving communities.

Like my father and my father-in-law, I also gained an understanding about constructing homes and buildings which has been the foundation of my success in business later in life. Without the knowledge gained in earlier roles, the three of us may never have been able to grow our businesses, let alone participate in the various education, healthcare, and community building projects we have been involved in.

When we use words like “menial” and “unskilled”, we undervalue the important and necessary contributions of our nation’s workers. Without these positions, our country would not thrive. We must value all work as an important element to the growth of our society and economy. Maimonides, a preeminent medieval philosopher, once said: “The greatest gift that we can give one another is the gift of work.”

Let us accept this gift with grace and humility. Let us celebrate the dignity of all honest work.