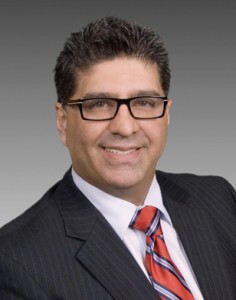 What do you do after you’ve just been re-elected, garnering the most votes – even more votes than the newly elected Mayor – in one of the fastest growing, most cultural diverse cities in the country? Well if you’re City of Surrey Councillor Tom Gill, you get right back to work. This work includes being the Chair of the City’s Finance and Transportation Committees, an active member of the Parks committee and meeting with citizens on a daily basis who come to him with often complicated concerns or needs. “I work exceptionally hard for anyone who comes into my office,” Tom explains. “Even if I don’t agree with them, I am willing to engage them in dialogue and discussion. And if I can’t help them, I try to find an acceptable medium or direct them to the right place where they may get the help they are looking for.”

Add these responsibilities to working full-time, as a Chief Financial Officer for the non-profit organization Coast Mental Health (Tom is a certified accountant) based out in Vancouver, which helps some of our most vulnerable populations – those living with mental illness, and being a fully involved dad with his kids, with the oldest being 16 and the youngest 11, and one must wonder when he finds time to sleep!

And let’s add one more accomplishment to the list – becoming more fluent in Punjabi over time (as initially he notes “My spoken Punjabi was poor”). While he of course serves all residents of Surrey, Tom finds that this ability to communicate with many of the Punjabi-speaking residents of Surrey has given him a deeper appreciation for the needs of these communities that call Surrey home. And he is proud that he and his colleagues in Council have listened to these community members, citing the many accomplishments of the Municipal Government over the past few years. These include: developing community rooms in parks, where South Asian seniors can socialize together; supporting the facility development for a highly successful wrestling club; developing infrastructure for soccer, grass hockey and cricket fields; and expanding Newton Athletic Park to include more parking spots, more multipurpose fields, a water park and a walking track. He also cites as successes some issues that were often quite contentious – such as the removal of caps on residential family lot and the legalizing of basement suites. “This was a huge issue,” he notes, “and a lot of other municipalities had dealt with it already. We unfortunately; were one of the last municipalities to address it.” He notes the desire for basement suites is far from solely a South Asian issue, with many families requiring suites as a way to supplement their incomes given the high cost of living.

As for garnering the most votes in the recent election, Tom, who has been a City of Surrey Councillor since 2005, takes it as a sign he is doing something right. He also sees it as “a real honour – a humbling experience.” He also feels many of his colleagues were re-elected because residents like the direction the city and its government are taking. “Some criticized decisions such as building the new city hall, but under our Mayor Dianne Watts, who took calculated risks and showed great leadership, we went ahead with it. We’ve had 29 projects in Whalley since, and for every dollar invested in City Hall, we will see $30 in return.”

Tom looks forward to fulfilling some of the goals discussed during the municipal election – such as bringing in more police officers, continuing to strengthen and enforce bylaws to create safer communities, and bringing in light rail transit. While Tom is proud of what Council has already accomplished under the outgoing Mayor, with the revitalization of the Whalley neighbourhood, he advises Council and new Mayor Linda Hepner must look at the issues that have arisen in Newton over the past few years around residents’ concerns around safety. He advises one positive step in that regard is that all of the initial new police hires will all be located in that neighbourhood. Another step he cites is the work of bylaw officers to shut down unregulated and poorly run recovery homes.

Tom looks forward to working with his colleagues on Council, as well as politicians from provincial and federal governments, in order to continue to make Surrey a city where people will want to live. He recalls the famous architect Bing Thom (whose local designs include SFU Surrey/Central City and the City Centre Library) once telling him, “Build a city people want to live in, all else will follow. People will move there, businesses and industries will move there.” He believes the city is well on its way in becoming that place. With great pride he states, “I believe this is the most exciting time in the history of Surrey.”