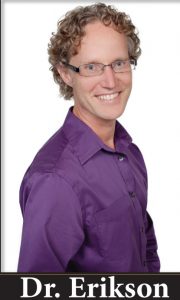 For the past 40 years, we have been avoiding ‘saturated fat’ like the plague. Doctors, assuming that the high blood cholesterol associated with heart disease was due to saturated fats in our diet, have been telling us to strictly reduce or avoid fatty foods, like butter, as a means to ‘protect our hearts’. Well now the real truth is coming out, as Dr. Malhotra states in the British Medical Journal, ‘Correlation is not causation’. Butter is not bad for us, but its replacement probably is. The fact is, when we stopped eating foods high in saturated fat – like butter, whole milk products and eggs – obesity, diabetes, and heart disease ‘paradoxically increased’. One reason considered by Dr. Malhotra is that the food industry ‘compensated by replacing saturated fat with added sugar’. Dr. Haslam, Chair of Britain’s National Obesity Forum, adds: ‘The assumption has been made that increased fat in the bloodstream is caused by increased saturated fat in the diet, whereas modern scientiﬁc evidence is proving that reﬁned carbohydrates and sugar in particular are actually the culprits.’

Saturated fat, as found in butter, has actually been found to offer protective effects. One study showed ‘a signiﬁcantly lower prevalence of heart disease in men who consumed higher amounts of ghee (clariﬁed butter)’. This is, of course, not new to the ancient Ayurvedic medicine of India, as it has long been established that ghee (also known as ghrta in Sanskrit) is considered to be the healthiest source of edible fat. Ghee is thought to promote longevity and to protect the body from various diseases. It improves digestive absorption and assimilation and brings nourishment to all the body’s tissues. Ayurveda claims that ghee improves memory and strengthens the brain and nervous system, which is an interesting thought considering that our brain is actually composed of 60% fat!

Of course I am talking about ghee made from real butter. In the 1960’s a type of ghee made with a partially hydrogenated vegetable oil called vanaspati was introduced. This ‘vegetable ghee’, being much similar to ‘margarine’, has been shown in studies to actually increase heart disease and does not offer the same protective effect as real ghee. Please choose wisely, picking real butter over margarine, and choose real ghee that does not contain any hydrogenated vegetable oil, or simply make it yourself fresh.

In the words of Dr. Lustig, a Paediatric Endocrinologist, ‘Food should confer wellness, not illness. And real food does just that, including saturated fat. But when saturated fat got mixed up with the high sugar added to processed food in the second half of the 20th century, it got a bad name. Which is worse, the saturated fat or the added sugar? The American Heart Association has weighed in – the sugar many times over.’

Dr. Erikson uses diet and Chinese herbal medicines to treat a variety of skin conditions. He can be reached by phone at 778.886.1180 or through his website at www.drerikson.com.