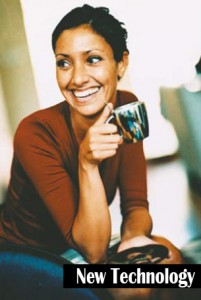 A new test called Comprehensive Chromosomal Screening (CCS) is providing hope for older women undergoing in vitro fertilization (IVF). (IVF is a procedure in which egg and sperm are combined outside the body to form embryos. The resulting embryos are transferred back into the woman’s uterus or womb).

It seems like conceiving a baby should be the easiest thing in the world. But studies show that infertility rates are on the rise with one in six couples having diculty getting pregnant. One reason for the increase in infertility is that many more women are delaying childbearing until their late thirties and even forties. In addition, with pregnancies occurring more frequently among women in their 40’s, the worry about genetic problems in the baby also increases.

But the recent advances in fertility treatment and prenatal testing can improve older and high risk women’s chances of conceiving and having a healthy baby, according to Dr Al Yuzpe, co-director and co-founder of Olive Fertility Centre in Vancouver.

“I’ve been treating women and couples for fertility for over 40 years and fertility treatments have advanced tremendously,” says Yuzpe, who is Canada’s most senior reproductive endocrinologist. “I’m particularly excited about new technologies that improve the chance of success in IVF treatment for older women by identifying the healthiest embryos.”

The success rates of fertility treatments, including IVF, have improved dramatically since the birth of Louise Brown, the first IVF baby born in 1978, and may be as high as 60-70% per cycle in some patient groups However, many women, especially in the over 40 age group, still fail to conceive with IVF treatment. Other women are able to conceive but suer miscarriages.

In many cases the reason for failure is the result of chromosome abnormalities which develop in the embryo as its cells divide. These “chromosomal errors” result in the embryo having too much or too little genetic material, which in turn, results in the failure of the embryo to implant or in a miscarriage if implantation does occur. “It has been estimated that as many as 70 per cent of miscarriages in IVF are due to chromosomal abnormalities in the embryo. “says Yuzpe.

A new test called Comprehensive Chromosomal Screening (CCS) is providing hope for the highest risk IVF patients. The test involves screening for the amount of chromosome material in the embryo and choosing the best embryo(s) – those with the correct amount of chromosomal material.

“This test allows us to select the embryos for replacement into the woman’s uterus which are most likely to result in a successful pregnancy in an IVF cycle.” says Yuzpe, who oversees the CCS program at Olive Fertility.

This type of genetic screening is aimed primarily at women undergoing IVF who are 40 years of age or older, women who have had recurrent pregnancy losses without an identiable cause and women who have had several failed IVF cycles.

To learn more about CCS you can go to http://www.olivefertility.com/our-services/ccs

To book an appointment ask your GP or walk-in clinic for a referral to Olive. An Olive physician will review the details and help you get started.

Olive Fertility Centre is a comprehensive IVF and prenatal diagnosis centre in Vancouver, BC. 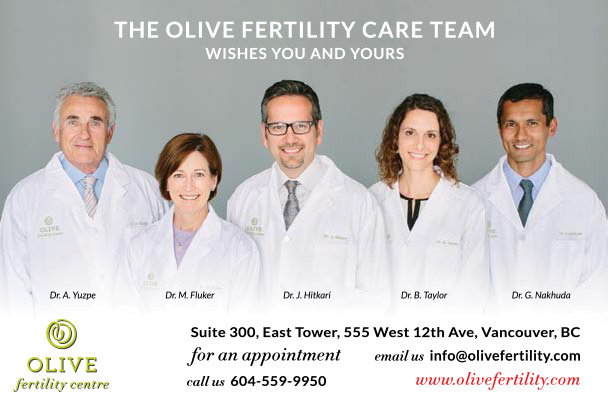