The Metro Vancouver Premiere of the multiple international award-winning local indie doc, My Name Was January, was held at SFU Surrey in the Westminster Savings Lecture Theatre on February 28, 2019.

Surrey, British Columbia – The Metro Vancouver Premiere of the multiple international award-winning local indie doc, My Name Was January, was held at SFU Surrey in the Westminster Savings Lecture Theatre on February 28, 2019.

It was a great turn-out with over 150 people in attendance.

This special event was sponsored by the SFU Department of Gender, Sexuality, and Women’s Studies as part of the Margaret Lowe Benston Lecture Series in Social Justice. Lara Campbell, Professor and Department Chair, states “that the movie embodies the deepest principles of social justice and that the department is honoured to support and honour the lives of trans women.”

A panel discussion followed the screening which included:

The panel was facilitated by Jennifer Marchbank who is a Professor in the Gender, Sexuality, and Women’s Studies Department at SFU.  A great critical discussion followed the screening regarding the need to provide safety for trans women at-risk and what can allies do to support trans women.

The film itself gripped the audience so that they can relate to January and trans women as people first and foremost, and in doing so the audience walked away thinking about how to empathize with the issues presented in their own way” states Sher Vancouver Founder and Producer Alex Sangha. 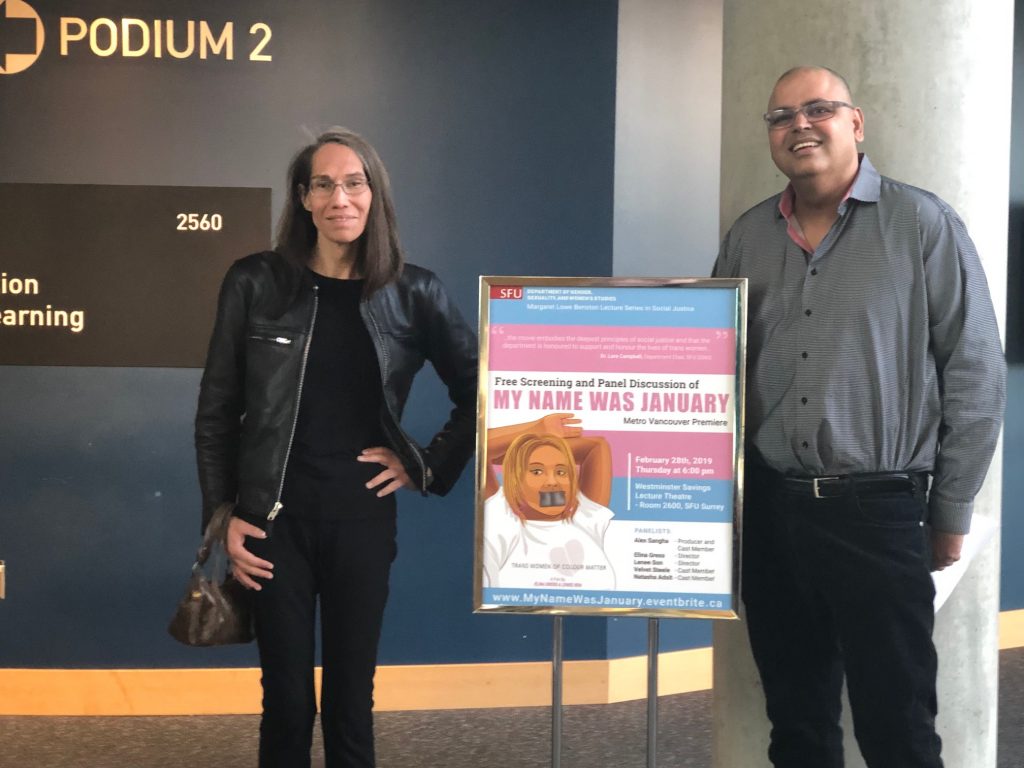 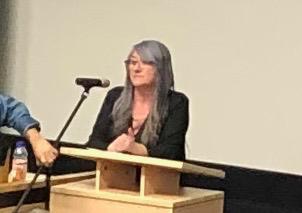 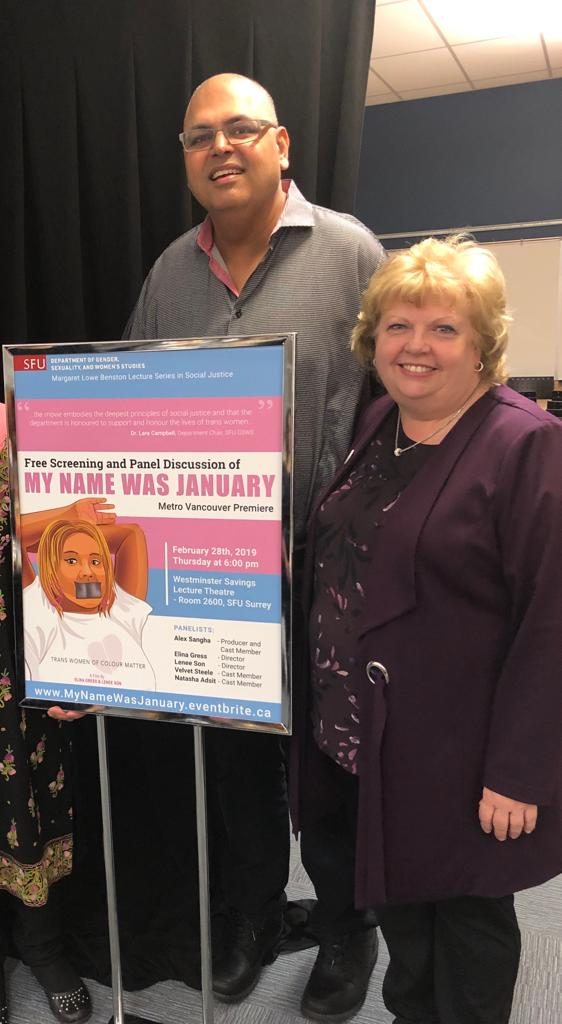 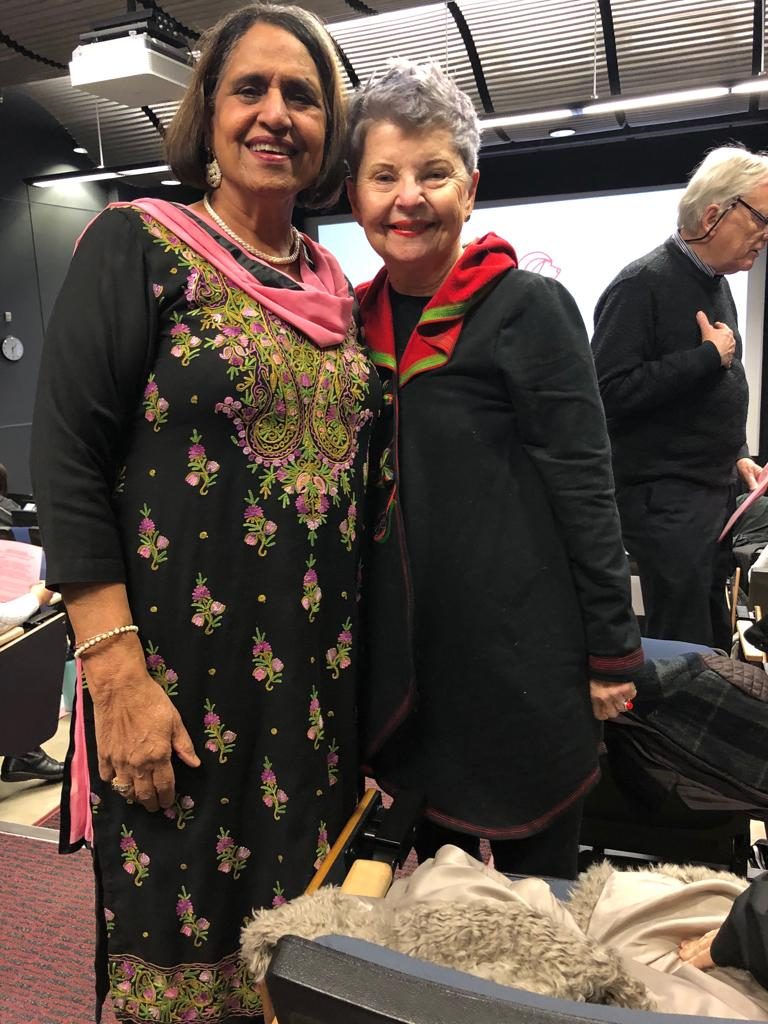 When a trans sister, January Marie Lapuz, is brutally murdered in her own home in New Westminster, BC, a community reacts and her friends and other trans women of colour come to share and voice their issues, concerns, and challenges. January was seen as a bright light in the lives of many. This is the story of January, a friend, a daughter, a person. This film will not only bring justice to January, but to all the women who have lost their lives. January had a beautiful soul, and now part of her soul rests in each and every one of us.

“I am sure January is watching over us as our angel in heaven,” stated Alex Sangha speaking in regards to the success of the screening.

Two more free public screenings of My Name Was January will be held on:

Tickets will be available on Event Brite.  These two events are sponsored by Surrey Libraries.

My Name Was January is available in DVD and Blu-Ray format through Moving Images Distribution which is a local social justice distributor in Vancouver. 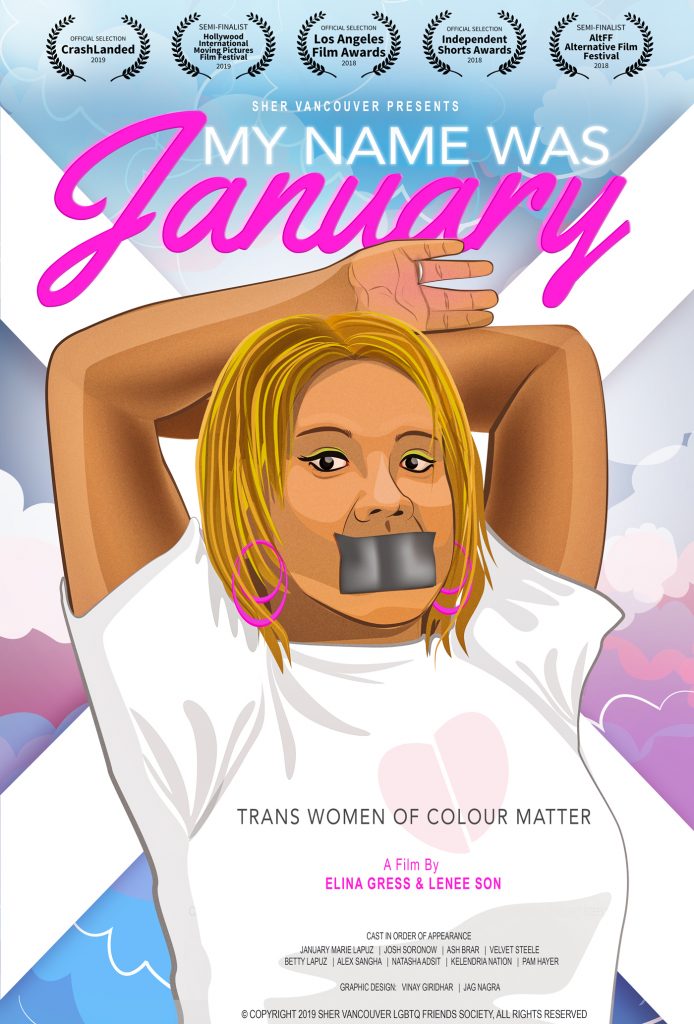