For more than 150 years, scientists have been incorrectly classifying a group of fossil insects as damselflies, the familiar cousins of dragonflies that flit around wetlands eating mosquitoes. While they are strikingly similar, these fossils have oddly shaped heads, which researchers have always attributed to distortion resulting from the fossilization process.

Now, however, a team of researchers led by Simon Fraser University (SFU) paleontologist Bruce Archibald has discovered they aren’t damselflies at all, but represent a major new insect group closely related to them.

The findings, published today in Zootaxa, show that the distinctive shape of the insect’s non-protruding, rounded eyes, set close to the head, are the defining features of a suborder related to damselflies and dragonflies that the researchers have named Cephalozygoptera.

“When we began finding these fossils in British Columbia and Washington State, we also thought at first they must be damselflies,” says Archibald.

But on closer inspection, the team noticed they resembled a fossil that German paleontologist Hermann Hagen wrote about in 1858. Hagen set the precedent of linking the fossil to the damselfly suborder despite its different head shape, which didn’t fit with damselflies at all.

Damselflies have short and wide heads with eyes distinctively protruding far to each side. Hagen’s fossil, however, had an oddly rounded head and eyes. But he assumed this difference was false, caused by distortion during fossilization.

“Paleontologists since Hagen had written that these were damselflies with distorted heads,” Archibald says. “A few hesitated, but still assigned them to the damselfly suborder.”

The SFU-led team, including Robert Cannings of the Royal British Columbia Museum, Robert Erickson and Seth Bybee of Brigham Young University and SFU’s Rolf Mathewes, sifted through 162 years of scientific papers and discovered that many similar specimens have been found since Hagen’s time.

They experienced a eureka moment when they realized the odd heads of their new fossils were, in fact, their true shape.

The oldest known species of Cephalozygoptera lived among dinosaurs in the Cretaceous age in China, and were last known to exist about 10 million years ago in France and Spain.

“They were important elements in food webs of wetlands in ancient British Columbia and Washington about 50 million years ago, after the extinction of the dinosaurs,” says Archibald. “Why they declined and went extinct remains a mystery.”

The team named 16 new species of Cephalozygoptera. Some of the fossils were found on the traditional land of the Colville Indian tribe of northern Washington, and so Archibald and his coauthors collaborated with tribal elders to name a new family of them. They called the family “Whetwhetaksidae”, from the word “whetwhetaks,” meaning dragonfly-like insects in the Colville people’s language.

Archibald has spent 30 years combing the fossil-rich deposits of southern British Columbia and northern interior Washington. To date, in collaboration with others, he has discovered and named more than 80 new species from the area. 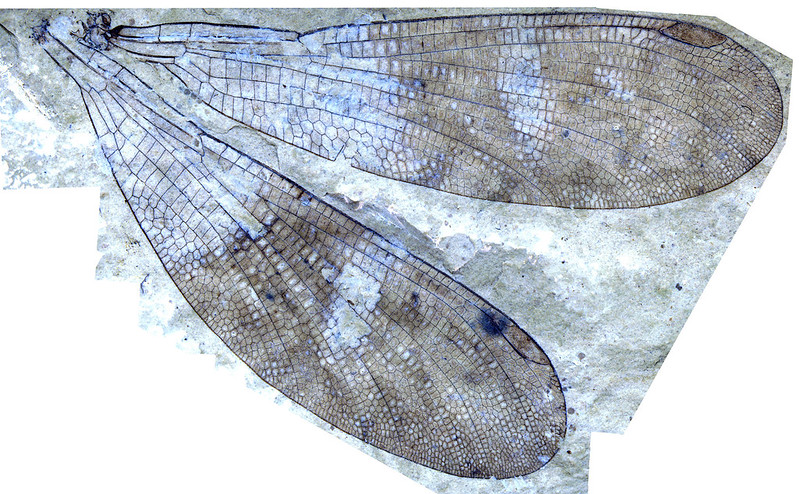