Drishti interviewed the accomplished yet modest Prem Gill. She is down-to-earth, approachable, and relatable. When we asked her how she would describe herself, her response was, “Curious.”

This trait has propelled her to her current role as CEO of Creative BC. She has always been an advocate for diversity and inclusion. She is a trailblazer, opening creative doors and opportunities for future generations of South Asian youth. Creative BC is an organization that brings a strategic and integrated approach to the growth and development of British Columbia’s creative sector.

She brings more than 25 years of experience across television, digital media, content creation, and entertainment. She has been with Creative BC for the last seven years.

“It’s been a great role for me in that all the experiences and work I’ve done in my past career really helped me get set up for success in this role,” she reminisced. 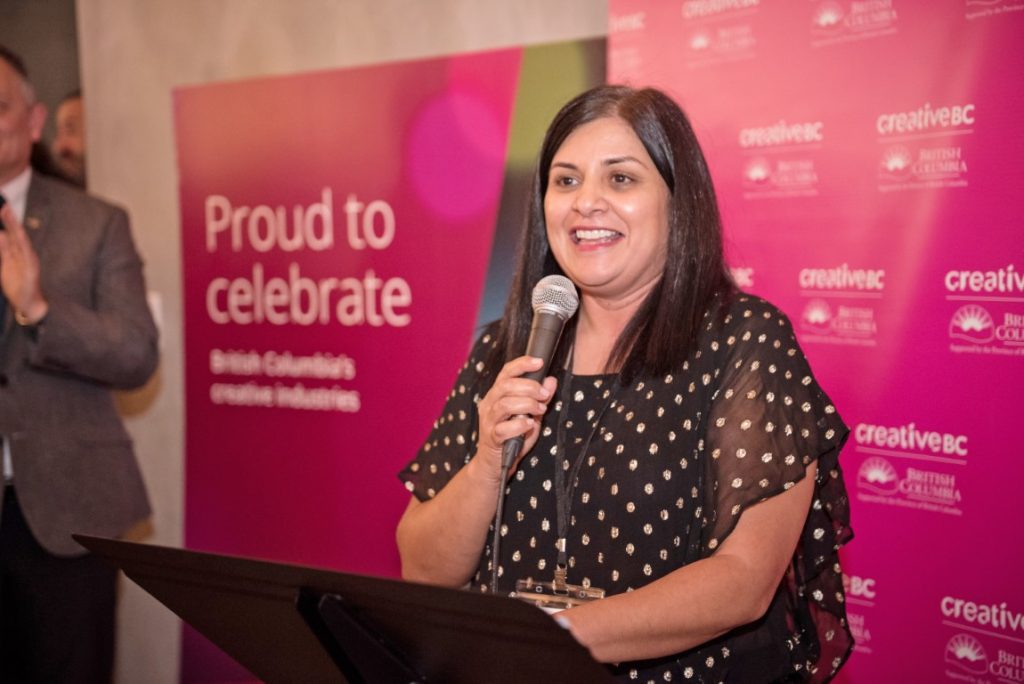 Her curiosity started her on a journey into the creative media world as a volunteer for Sushma at RimJhim Radio. Shortly after that, she became an independent producer. Eventually, she was part of the team that launched City TV Vancouver. She worked there for many years, including producing shows and hosting a talk show. She also managed the public affairs of the organization. She then moved to Toronto to work at a corporate company called CHUM at Old City TV and Much Music. Soon after that, they were sold to CTV. She then took a job that brought her back to Vancouver. She was part of the team at TELUS that launched Optik TV and the Video-on-demand platform. She led the team that created and launched TELUS STORYHIVE, which to this day supports emerging local content creators and producers in BC and Alberta.

“A big part of what we’ve been doing here at Creative BC in the last few years is collaborating with industry through our film commission work to focus on sustainability in film and television.”

Creative BC is an independent society created and supported by the provincial government to sustain and help grow British Columbia’s creative industries: original storytelling content for mass production, global distribution, and consumption: motion picture, interactive and digital media, music and sound recording, and magazine and book publishing. It acts as an industry catalyst and ambassador to help BC’s creative sector reach its economic, social, environmental, and creative potential at home and globally. Creative BC and the sector have a crucial role in uplifting Indigenous people and, precisely, Indigenous voices, creators, companies, and creative content.

“Last year, the Rogers fund offered $1,000,000 to support creating and developing more Indigenous screen content here in BC. That’s just starting and was launched last month. We have a powerful, robust, talented community of Indigenous producers and creators. Creative BC is a non-profit society. We receive funding from the province to support the economic development of BC’s creative industries, including film, television, visual effects, animation, music, publishing, and digital and interactive media.”

Creative BC provides support in various ways, including grants and programs across the creative sectors that support industry development and international trade and investment-related activities. They also manage the film and television tax incentive programs, which are a big part of the success of BC’s industry. They have a music fund called Amplify BC, which supports the music sector. From live events to touring and artist and career development programs. They are also home to the Provincial Film Commission. 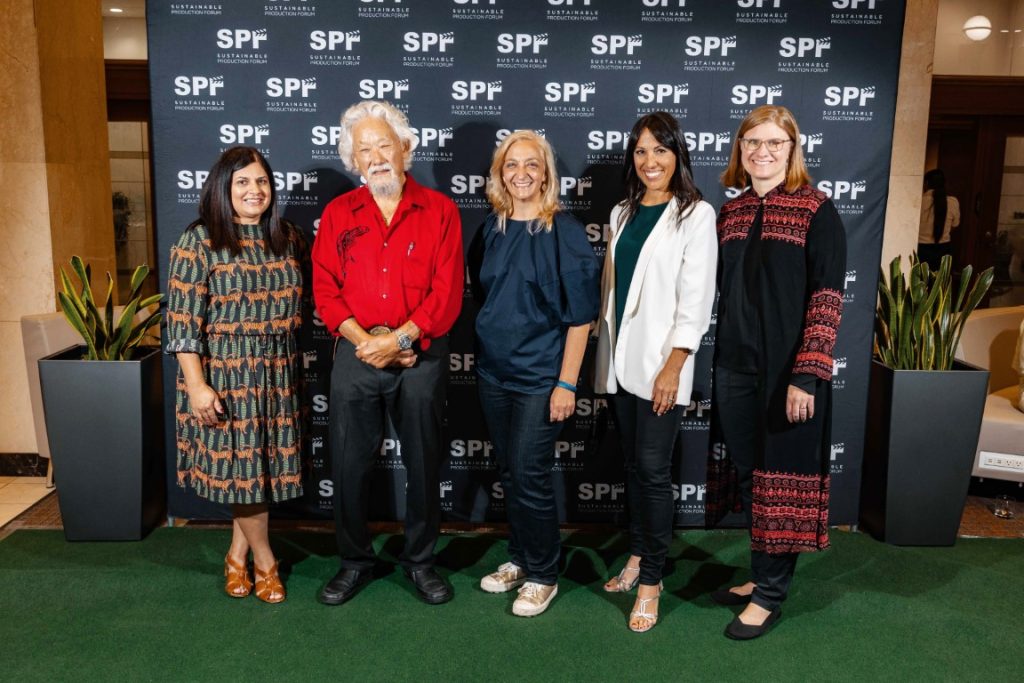 “Part of our work is where people look to do production in BC, or our local producers, want to understand how this jurisdiction works and what’s available to them from crews to services to locations. We help with that. So that’s a broad scope of things, but we have a great team.”

The 7th annual Sustainable Production Forum took place in October, organized by Green Spark Group—a key partner to Creative BC. The organizers, Creative BC, Reel Green™, and the Motion Picture Production Industry Association of BC want to see the industry evolve by normalizing and advancing green film and television practices.

Prem discussed the technology in the automotive industry, with the advancement of green transportation in the way of electric cars. The Sustainable Production Forum is a movement towards doing the same for the film and television industry.

She recalls her childhood when it was regular practice to conserve and repurpose and jokes about green practices before it was a mainstream concept.

“My mom never wastes anything. I remember when she would be shelling peas from the garden, she would keep the shells of the peas and make a sabji. She was already practicing composting even before there were composting tools available.”

It is about frugality, such as turning off the lights when not using them.

“We still do the same thing and don’t waste anything because it costs money. Now we are really kind of going back to our roots.”

Creative BC ensures communities understand that there is funding available and accessible. She talks about what drove her to pursue her outstanding accomplishments in media.

“I think a lot of what drove me to work hard in the Canadian media, nobody on TV looked like us when my parents moved here in the 1960s. Being Canadian-born, I dreamed of becoming someone working in the media, like television.” 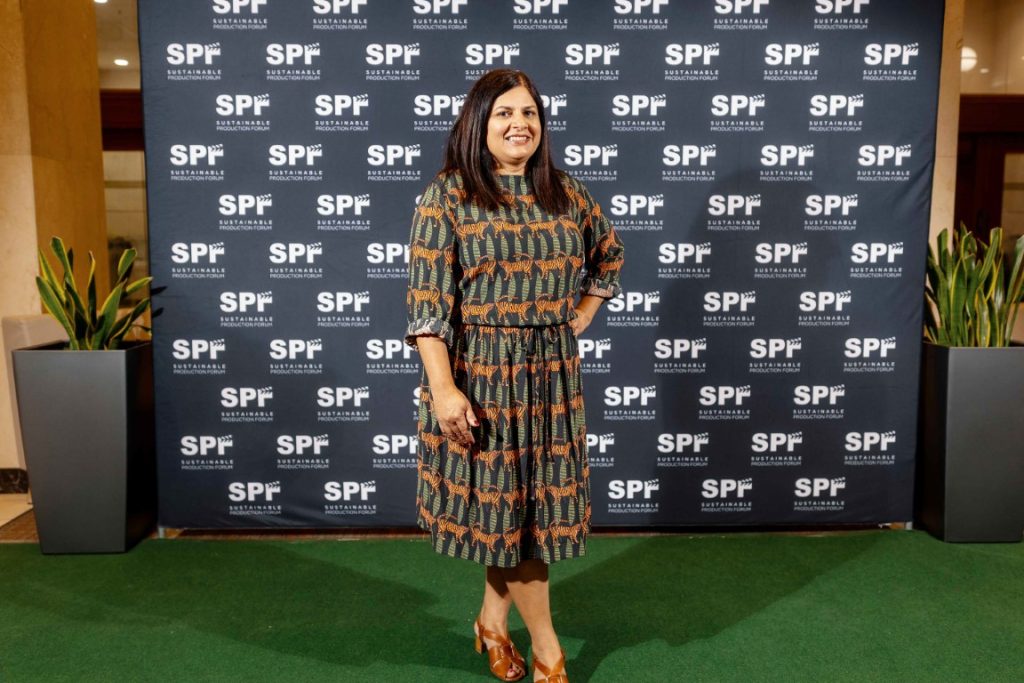 Prem feels compassion and respect for immigrants (including her parents) who moved here with little to no education and focus on building a legacy and foundation for the next generation.

“What kind of success could they have achieved if they had the opportunity for education and employment? I have a lot of respect and admiration for them.”

Her heart goes out to those that struggle.

“I have high respect for people who migrate to a country where they don’t know what will happen once they arrive, more so now that the cost of living is sky-high. But we can’t underestimate anyone, especially since most of them are hard-working. Many would even accept manual labor just to make both ends meet. They are the ones giving good examples for the future generations.”

Her advice for our readers: “Explore possibilities, even if you think they’re impossible. Reach out to people to talk about what they’re doing or how you can pursue something, whether in the creative sector, accounting, or any other industry. Never shortchange yourself or underestimate your capabilities. We must also support others, and success doesn’t happen overnight.”

The support of family and friends is paramount to her life. She has a lot of friends and a great community of people in Vancouver. Prem expresses her gratitude.

“I am happy to be able to travel again. It is a valuable experience that gives me a different perspective on how people live half the world away.”