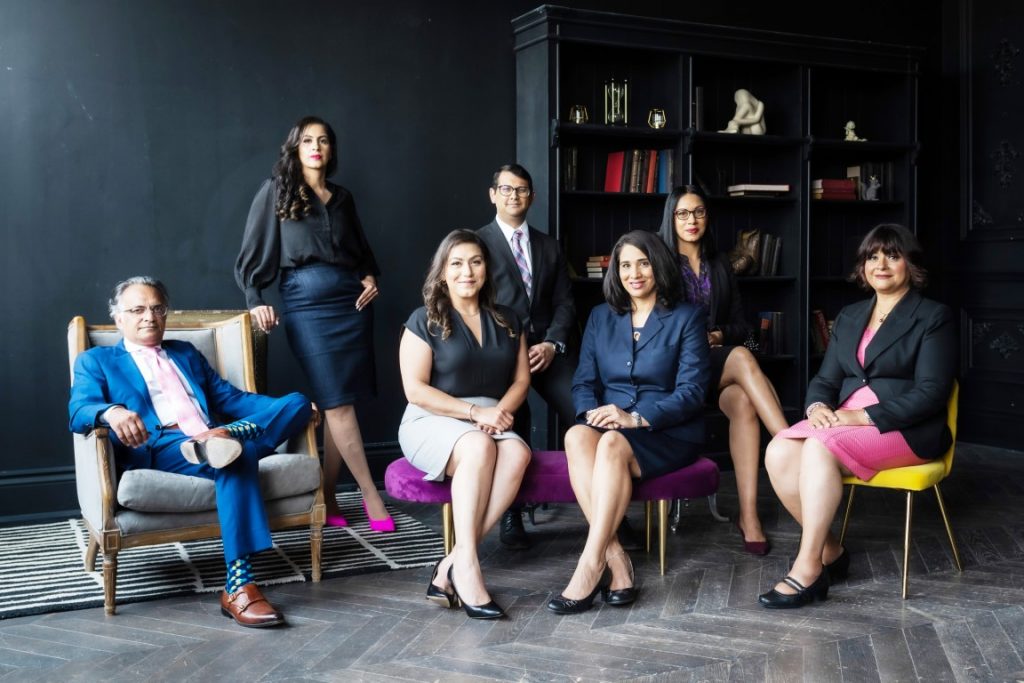 Ruby has also worked hard to draw attention to and support various minority communities, both through her professional and personal extracurricular work. She is currently the CEO and Founder of Pink Attitude Evolution, and formerly founded TD Bank’s South Asian Diversity Committee, and former Vice President of Volunteer Engagement at Ascend Canada, which has given her an incredible amount of pride and personally helped her develop many leadership skills. Pink Attitude Evolution was founded in 2015 as the first non-profit organization of its kind in Canada, where women of South Asian origin are empowered to achieve their full potential in their chosen endeavours.

It represents the superior strides that South Asian women are making, while uplifting others to be prominent leaders regardless of age, gender, orientation, race, religion, or abilities. It also recognizes the valiant efforts of their allies as impactful supporters of women, ultimately building stronger generations together. Ruby’s journey to Pink Attitude was based on her dream that each woman lives to maximize her potential. She also wants to challenge the often predefined roles set for South Asian women in terms of family life and career, supporting equality and the freedom to make any choices they wish. 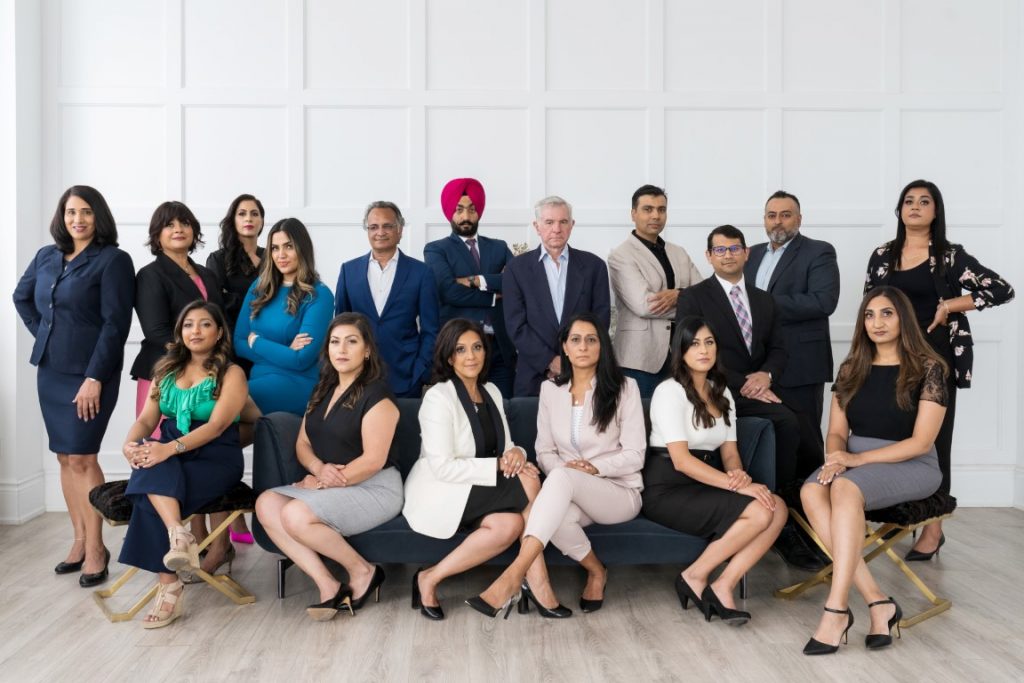 Ruby champions diversity, inclusivity, gender equality, and giving back to local organizations. Her personal path has been built on always being true to herself, which has led to having to overcome many uphill battles, including going outside of her parents’ expectations of becoming a doctor and instead pursuing her passion for the financial industry. Following a non-traditional career path in which she constantly chose to grow also meant constantly having to prove herself. This includes being judged for her passion to give back and her core belief that we are not here only to take.

In this regard, a new study led by Pink Attitude, in partnership with CulturaliQ, a market research and strategy company committed to helping Canadian organizations and institutions embrace diversity and realize their full potential in a rapidly changing landscape, finds South Asian women twice as likely to say they are mistreated in the workplace, with almost 60 per cent ready to quit their jobs.

This study shows why South Asian women have the highest unemployment rate in Canada and what employers can do to unlock the potential of this growing labor force. The study also noted that South Asian women are twice as likely to report unfair treatment in the workplace: 34 per cent compared to the 17 per cent average of all females surveyed and 20 per cent for all the men surveyed.

The findings are significant considering that 100 per cent of Canada’s labour force growth will be from immigration over the next five years. South Asian women are also the most prominent female immigrant labour force and the highest educated, according to the 2016 Census.

They are also more likely to be underemployed and underpaid than non-visible minority women.

The pandemic has exacerbated challenges facing South Asian women, with 47 per cent considering leaving the workforce altogether due to the pandemic – compared to the 25 per cent for women and 32 per cent for men in general.

Significant contrasts within the study suggest that South Asian women born in Canada and those already established in this country face different obstacles and need distinct support to succeed. Established South Asian women, for example, can be role models of the future but say they first need mentorship to break through the glass ceiling. Newcomers are more concerned with being effectively integrated into the workforce and acknowledge struggling to settle into corporate Canada. The research focuses on career-focused South Asian women.

“The findings tell a story of a workforce of systemic barriers and negative perceptions in the workplace, not only when compared to non-racialized women, but also when compared to other racialized Canadian women,” says Ruby Dhillon. “However, what is also important to note is that these women are highly entrepreneurial, and they have the skills needed to thrive in their workplace. They’re saying, ‘give us a chance to excel. Otherwise, we’re going to go somewhere else and build our career.’ They have choices.” she adds.

“We have been keenly aware of the ongoing underutilization of South Asian women in the Canadian workplace. The first step in developing a support plan is to understand these statistics. Then we can go on to demonstrate how vital and valuable this asset is to the current Canadian economy,” says John Stevenson, Founding Partner, CulturaliQ. The report is available at pinkattitude.ca/national-study and supported by TD, Deloitte, NATIONAL Public Relations, Sephora, City of Brampton, Automotive Parts Manufacturer’s Association, EY, Scotiabank, and IGM Financial.

Ruby believes that this experience, combined with her passion for making a difference every day, makes her an exciting fit for her role leading Pink Attitude.

Drishti asks Ruby what is her driving force to achieve so much at such a young age. 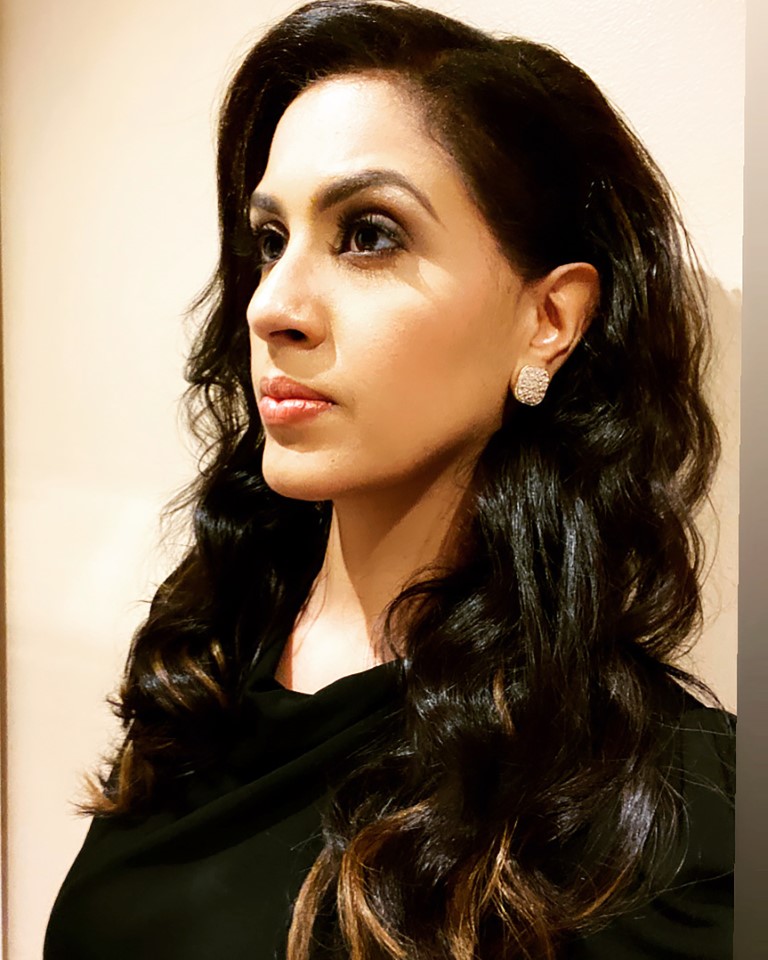 “I always take time out to help without expectations,” she said without flinching.

Surprised by this reply, we were tempted to ask her another intriguing question: how do you describe yourself in three words?

Hearing those three words made us pause and reflect. Those words reminded us what Mahatma Gandhi once said: “The best way to find yourself is to lose yourself in the service of others.”

And that, precisely, reflects Ruby Dhillon’s wonderful disposition in life—service for others without expecting anything in return. Her advice to all women out there? If you conquer your mind, you will conquer the world. Her life’s motto is service plus significance equals success.