Giving back to the community must be an important part of what everyone does. One has to keep that at the centre of everything. It’s gratifying to take that approach to life.

Manjot Singh Hallen, one of the founding partners of Warnett Hallen LLP (an award winning personal injury law firm in Vancouver), is passionate about being of service to his community. Hallen was born in Vancouver and spent his formative years growing up in Richmond and Surrey in the 80s and the 90s. “Like others, I come from working- class immigrant family,” he reveals. “My grandparents arrived in British Columbia in the late 60s, and then my parents followed shortly after. It was a struggle for them to come here and fit into a totally new society. It is incumbent upon my generation and future generations to ensure that our parents’ dreams are fulfilled. As they are the ones who immigrated here and laid the foundation to give us a better future. In our generation, they instilled a strong work ethic and the importance of higher education so that we may pursue our dreams and give back to our community.” “The pioneers of our community, the ones who moved here in the 60s or earlier inspire me,” he continues. “The struggles they endured and the seeds they planted in the Lower Mainland paved the way for people like me. I include my parents in that. They worked tirelessly to give their children a better life. I find the stories of pioneers incredibly inspiring.”

Manjot completed his bachelor’s degree at the University of British Columbia and studied Law at Queen’s University in Ontario. A lawyer since 2005, he has been a member of the Canadian Bar Association, Trial Lawyers Association of British Columbia, and the South Asian Bar Association (BC). Along with partner, Paul Warnett, he founded Warnett Hallen LLP in 2013. “I can remember as a child having a strong desire to represent the underdog,” he recalls. “I wanted to help level the playing field for anyone who was disadvantaged. I’ve always been inspired by people that have stood up on behalf of those that don’t have a voice and fought for access to justice and human rights.” 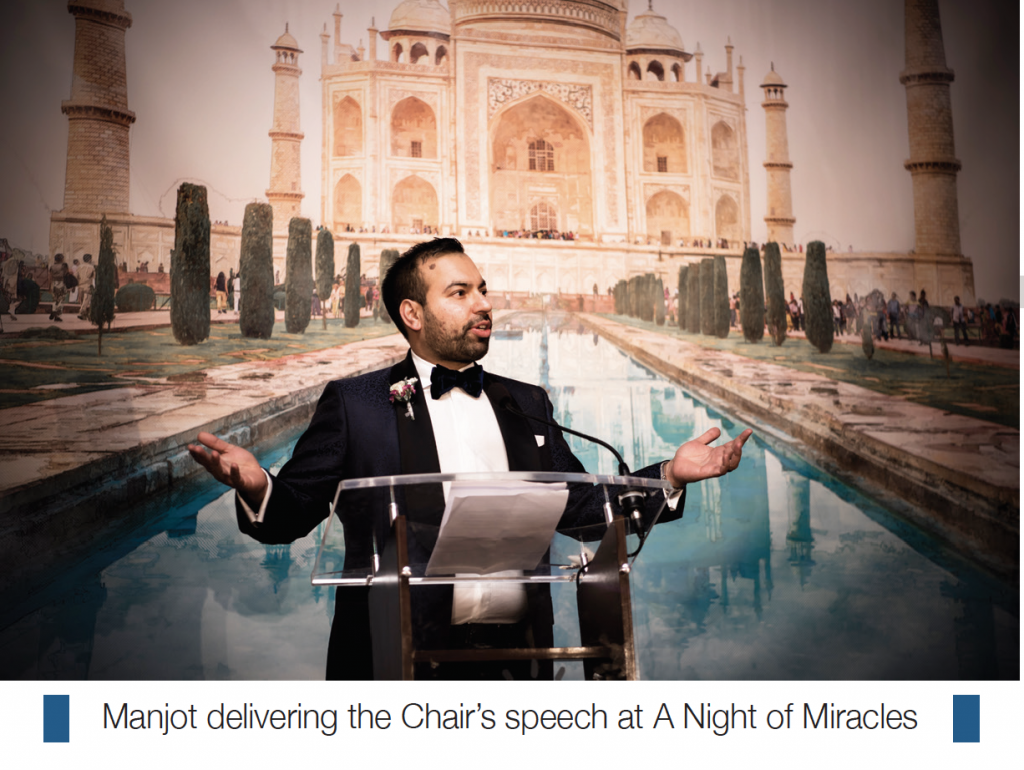 Manjot sees the South Asian Bar Association of BC as playing an essential role in advocating for increased diversity within the legal profession. “I was the only South Asian from British Columbia in my law class,” he recalls. “It was also incredibly limited with the number of people from working-class families. The majority of my classmates graduated from upper-class private schools in the Toronto area.”

Manjot developed close relationships during his upbringing with members of the Croatian-Canadian community. Eventually, it led to him becoming the Honorary Consul for the Republic of Croatia in BC, Alberta, and the Yukon. “I was suggested as someone who could take on the role of Honorary Consul” he reminisces. “It was humbling to be asked, and of course, I accepted.” Manjot describes being Honorary Consul as taking on the many roles that traditional consulates would. “There is no consulate for Croatia west of Ontario, so I handle all diplomatic matters for British Columbia, Alberta, and the Yukon. Our office in Vancouver serves as the Croatian consulate,” he explains. “More importantly, my role is to promote Croatia here in BC and to promote business ties between Croatia and Western Canada. We also serve the community, such as when people apply or renew their citizenship and we help with any issues for Canadians travelling to Croatia.” This opportunity allowed Manjot to learn more about Croatia and its formation as a nation. “The first President of Croatia was Franjo Tudjman. He fought on behalf of his people for self-determination and the result was the creation of a beautiful country.” 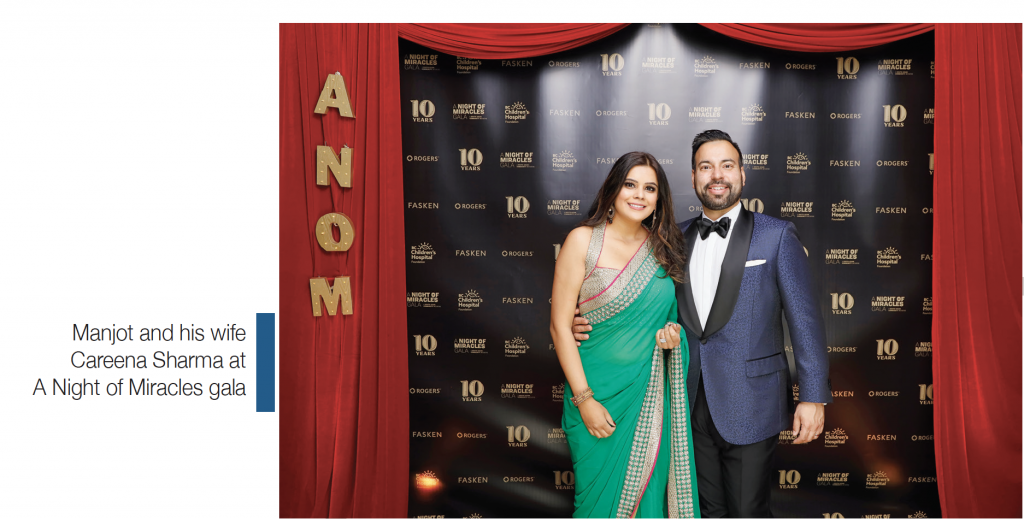 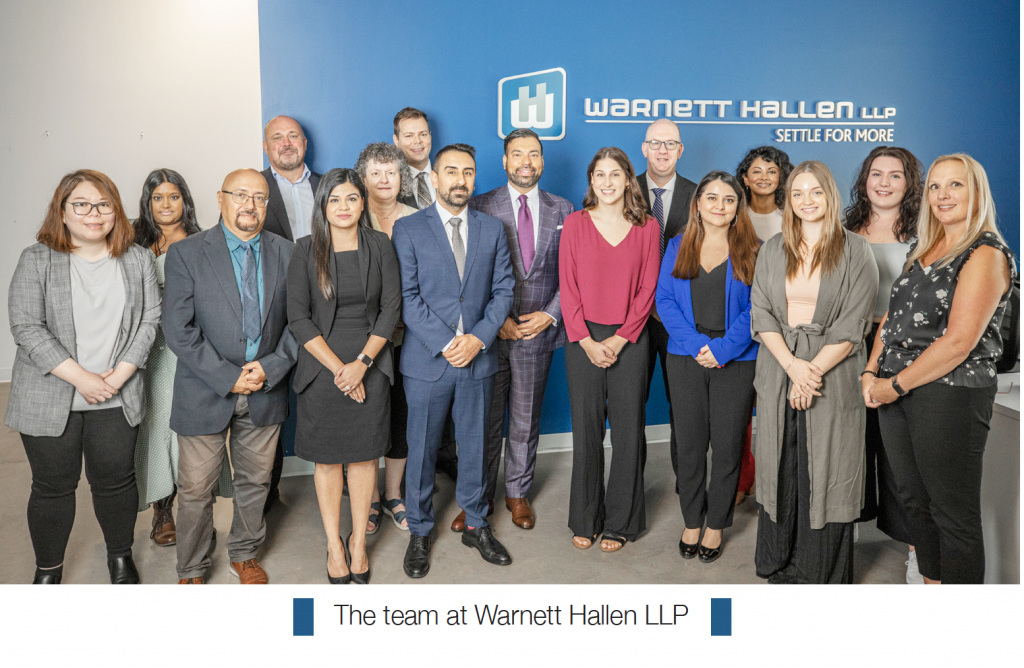 “Being of service to my community is something that I really champion. Despite having a busy law practice, I realized that everything else will fall into place if you put family first and still continue to find ways to give back. Make quality time for your family. If you start with that premise, everything will balance out.” As Gandhi once said “the best way to find yourself is to lose yourself in the service of others.”

In addition to building a thriving law firm, Manjot also at one time delved into politics. He is the Past President of the Liberal Party of Canada (BC) and the first South Asian to hold that position. “I’ve been involved in party politics for as long as I can remember,” he notes. “I took out my first membership to the Liberal Party of Canada as soon as I legally could and became a Young Liberal. It goes back to a desire to represent people and give them a voice. I always strive to promote our community and ensure that their voices are heard. In my university years, I continued with that activism. After the Liberals formed government in 2015, I was asked if I would consider running for the role of Party President in British Columbia. It is something that I took on honestly and humbly, and I am thrilled with what we achieved during my tenure. We won a by-election in South Surrey and the Liberals had the most MPs from BC that they ever had. I’m proud to have been a part of it.”

Manjot is also the Chair for BC Children’s Hospital’s A Night of Miracles Gala. “I love the work that BC Children’s Hospital does. I became involved with them before I had children of my own. It’s because children are our future and they are the most vulnerable members of our society. It’s heartbreaking when children are struck with an illness. Children’s Hospital, through its research and innovation, has done a wonderful job supporting children and their families. I also support the efforts of the BC Cancer Agency. Cancer is another disease that if we put some effort and money into it, with research and with innovation, we can help eradicate.” Manjot has taken on more significant roles with BC Cancer because he wants to be part of the fight.