“While many of his peers in high school were looking ahead towards graduation and preparing for college or university, Sirish had different plans—he wanted to gain a greater understanding of the natural world around him”

In less than a decade, the Indian Summer Festival has become one of the most well-regarded and highly anticipated festivals in Metro Vancouver. DRISTHI had the opportunity to connect with its co-founder, Sirish Rao, to discuss how the festival has become a must-see attraction for art and culture lovers, as well as to learn more about this internationally acclaimed writer, producer, professor, and cultural curator. 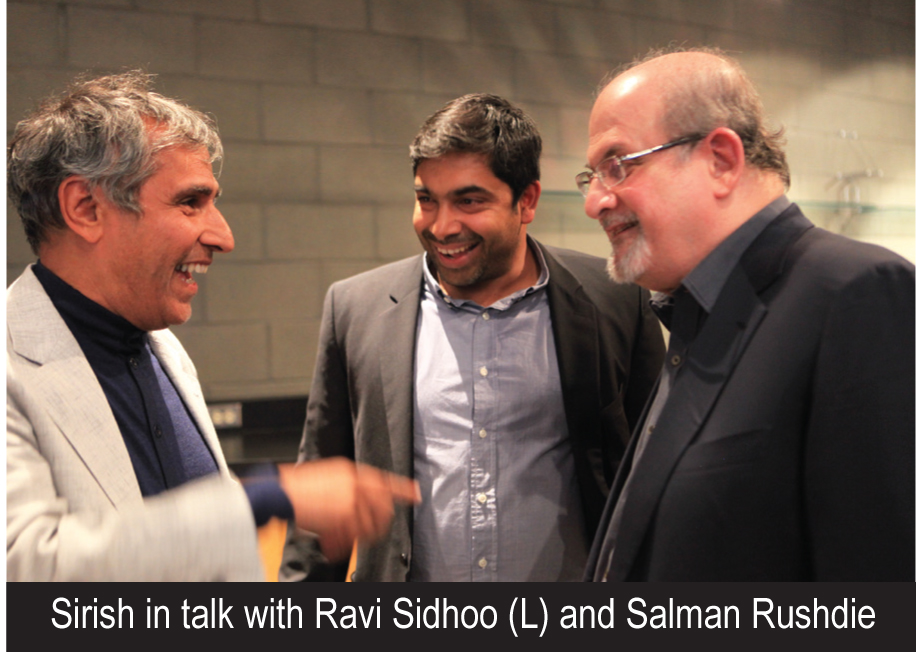 Sirish gained international prominence first as a writer and publisher; neither were careers he has necessarily planned. As a youth, he knew “I didn’t want to be limited. Initially, I thought I’d be drawn to activities involving the outdoors and the body; I enjoyed sports, physical activity. I didn’t think I would end up spending so much time on activities that involved the mind.”

While many of his peers in high school were looking ahead towards graduation and preparing for college or university, Sirish had different plans—he wanted to gain a greater understanding of the natural world around him. These aspirations led to his traveling across India and abroad— and ultimately to significant learning opportunities, which while outside a traditional classroom, were invaluable to his developing a much deeper appreciation of international art and culture. 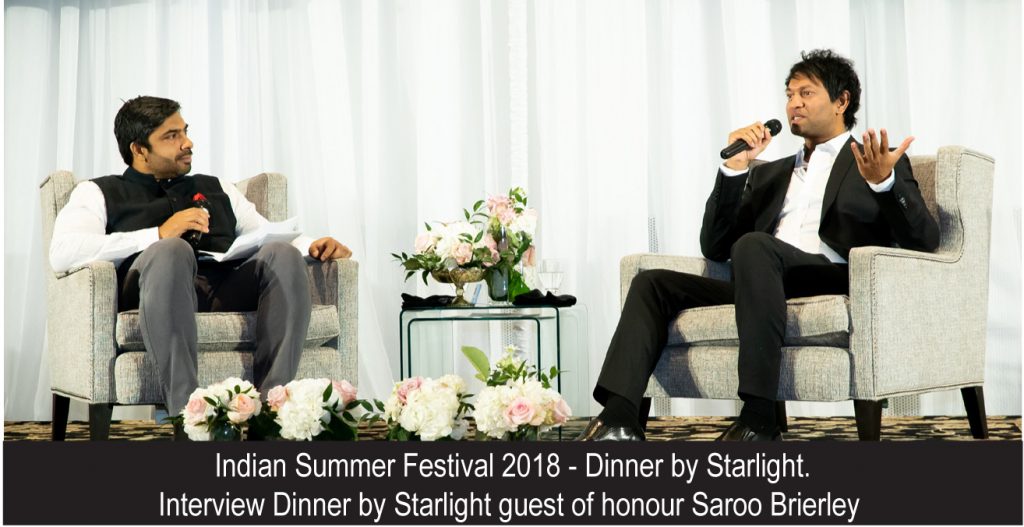 Sirish credits his parents for being supportive of his efforts right from an early age. He considers his father as someone who had a rebellious streak and encouraged his son to question norms and practices rather than merely just follow them. His mother had a sense of dignity and quiet confidence about her, and together, they not only accepted but supported Sirish and his desire to explore the world around him. “They created a solid foundation for me, and I always had a strong sense of confidence that I would find my way,” he beams.

His early career as a publisher happened quite by happenstance. While climbing, he bumped into a group of people who were talking about wanting to start a publishing house in Chennai. “I joined that group, and together, we ran a publishing house called Tara Books. Each one invested some money, and we all put in so much of our time to the project.”

“We wanted to defy the definition of what a book was. We wanted the book to be seen as a treasured object. Books were often viewed as a means to learn something, to gain a skill which would ultimately lead to professional or financial gain. We intended to make our book as a treasured cultural medium that encourages a sense of play and wonder.”

Tara Books grew dramatically in a short time, becoming one of the most well-known publishing houses in India. Soon Sirish found himself spending considerable time abroad on matters related to the company. Some key partners he worked with included the Paul Getty Museum and Museum of London.

At around the same time, Sirish noted that “there was a sense in India, especially post-colonial India, that we needed to create our own identity and create our own institutions and events to highlight our literature, arts, and culture. Festival and conferences were happening in other countries, but not so much for thinkers and writers in India—to meet their audience.” So, it was about ten years ago that the Jaipur Literature Festival first began. “I was invited as a speaker and a collaborator in the early days when there were around 300 people in attendance,” Sirish recalls, “and now in just ten years, there are about a quarter of a million in attendance. “It was my involvement with that festival that got me into the festival world.” 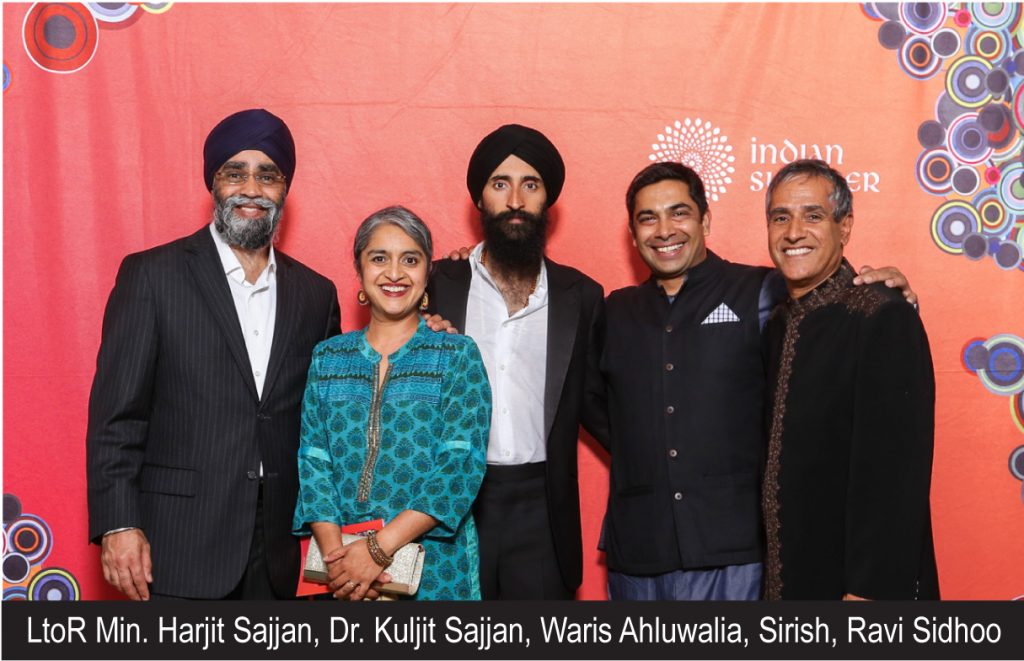 Sirish met his spouse Laura while at Tara Books. Laura grew up in Ontario but was living in British Columbia, where she heard about this unique publishing house half a world away. Laura decided to travel to India and study it as part of her Masters’ Thesis in Publishing through Simon Fraser University. “She came to India to spend a year with Tara Books, and we met and began working together, and while tentative at first, we found ourselves drawn to each other.” When Laura’s Visa expired, Sirish accompanied her back to Canada.

Shortly after setting in Vancouver, Sirish’ contacts at the Jaipur Festival suggested he consider starting a festival here. Without any hesitation, Sirish, along with Laura, co-founded the Indian Summer Festival in Metro Vancouver (and continues to be the Artistic Director for the Indian Summer Festival). The festival brings top writers, academics, philosophers, musicians, artists, and filmmakers from Canada, India, and around the world to its stages. These stages have welcomed Nobel, Booker, Grammy, and Oscar-winning artists while also introducing new talents to the masses. Sirish describes the Festival as a “festival for the curious mind.”

“We were putting forward a vision of the Festival that was wholesome, that had many disciplines, that was celebratory but also inquisitive. It didn’t prize the cerebral over the sensual—that both had a place. The Festival treated South Asia as a contemporary intellectual force, which I think was missing in the perception of India and South Asia in this part of the world. When you put out a vision like that, the only way it will grow is if people want to share in it. We found many who jumped at the opportunity. Right from the beginning, SFU supported that vision fully.”

One of the highlights of the first event was a conversation between Tabu, a well-known East Indian actress, and author Yann Martel, who had just written Life of Pi that time. The two had never met before. Tabu fans asked Yann Martel’s fans: “You don’t know who she is?” Meanwhile, Yann Martel’s fans told Tabu fans, “You should read his work.” For Sirish, this observation reinforced the importance of such a Festival—not only to bring together diverse thinkers and creators but also to bring in various audiences that could appreciate diversiform works.

The ninth edition of the Indian Summer Festival takes places over two weeks in July 2019. Each Festival has a theme; for July 2019, it will be “Tricksters, Jesters, and Magicians.” The Festival presents a combination of free and ticketed events, including music, ideas, visual art, and public engagement activities. A percentage of tickets are set aside for community groups whose members may not have otherwise been able to attend. 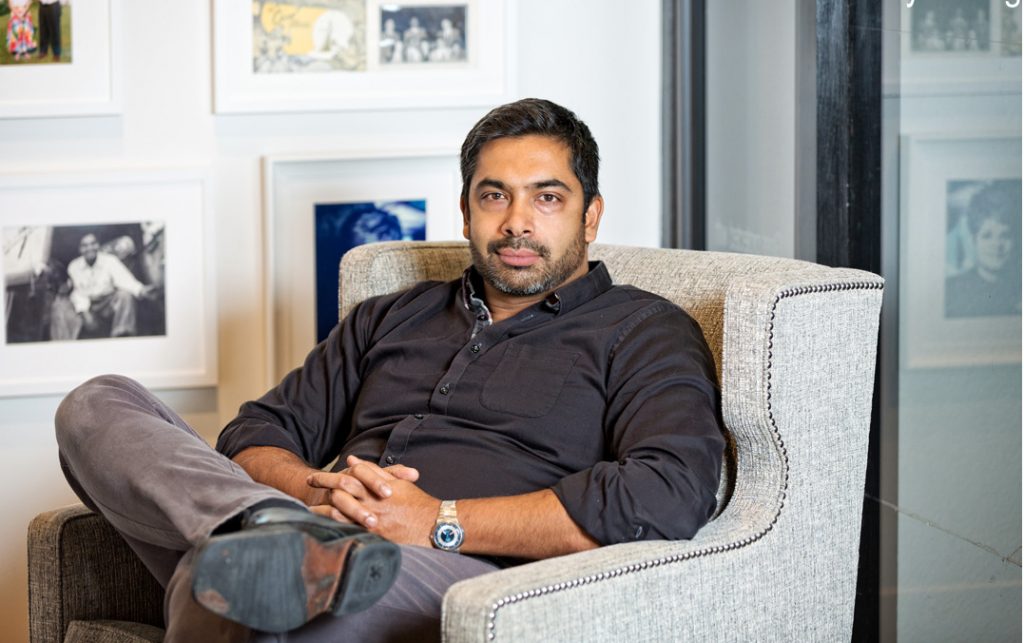 In addition to planning and hosting the Indian Summer Festival, Sirish continues to write and speak locally, nationally, and internationally. As an author, Sirish has written nearly two dozen books, which have been translated into multiple languages and won several international awards. He also holds an Adjunct Professorship in the Publishing Department at Simon Fraser University.

To learn more about the Indian Summer Festival, visit the website at indiansummerfest.ca