The actress, who made her debut with Sanjay Leela Bhansali’s Saawariya has come a long way ever since in her professional and personal life. Sonam Kapoor, born into an actor family, the industry insiders vouch that she is a different girl behind the Ferragamo gowns and Gucci shoes that she flaunts, undeniably her image as a fashionista looms larger than her image as an actor. Not many know, behind the up-front, straightforward vibes that she portrays, the actress also has a reserved side, hidden away from the arc lights. She has made blunt comments on many industry people in the past, sure she’s been politically incorrect, but all that’s changing slowly.

In a career span for over a decade, she surely has emerged as one of the most sought after actresses in the industry. Audiences have lauded her performance in movies like Raanjhanaa, Neerja, Padman and Cold play’s music album which have been turning points in her career, they proved her star power and box office credibility.  Sonam had got a special mention at the National film awards for her stellar performance in Neerja. She also started a fashion brand with her sister, called Rheson, perhaps the ultimate brand to amp up your fashion game. The Kapoor girl sure has been able to find her own path despite coming from an actor family. 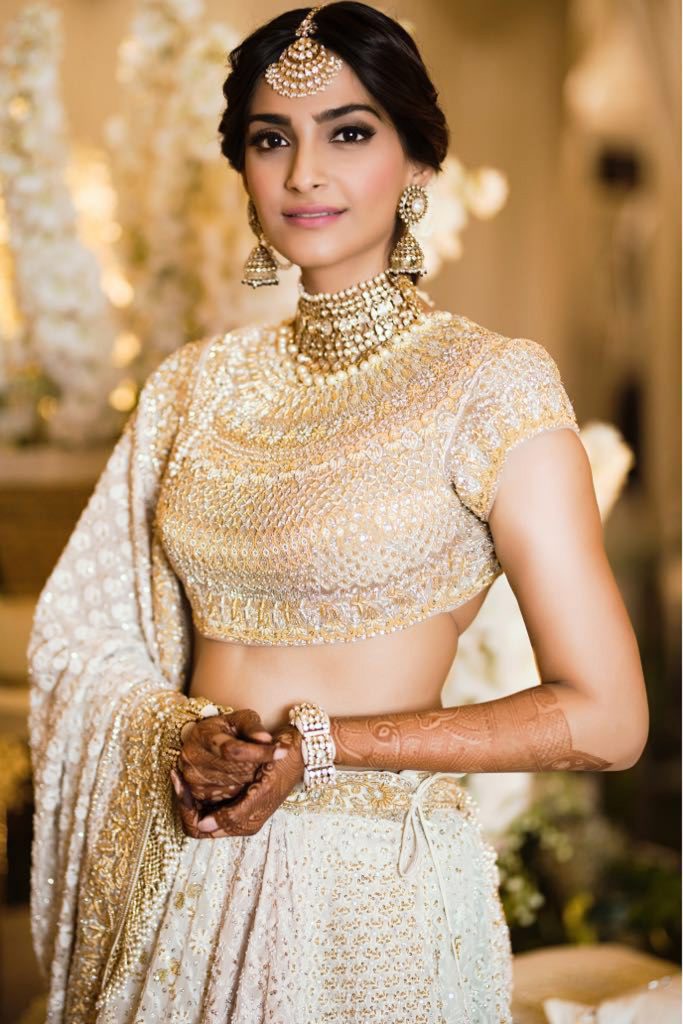 Sonam’s what fashion designers dream of, known for setting trends across the globe with her fashion antics in Bollywood and Cannes alike.  Unafraid of experimenting new styles, playing princess and geek with elan, her airport styles are always on point, she knows how to take atheisure to the next level, she’s always on top of the retro style game, she looks superb in classic sarees/lehengas, and her glam resort style or fashionable getaways is serious fashion goals. The golden goddess is the perfect muse!

Kapoor’s high doesn’t just stop at her professional growth, it also extends to her personal life. Sonam and Anand had been dating for few years, however since a few months they have been open about their moments and travel diaries together on social media. Sonam and Anand Ahuja are the coolest and most fashionable celeb couple in town. While Sonam has never officially spoken about her relationship or husband, her candid pictures with Anand say it all and the couple’s vivaciousness is bound to bring a smile to your face. Anand is also very supportive of her and never misses a chance to cheer the ladies in his wife’s everyday life. We love how unstarry and uninhibited the two are in each other’s company. We also liked how she bought a surprise birthday gift to her beau, which was a BMX bike. Kudos and more power to Sonam-Anand Jodi. 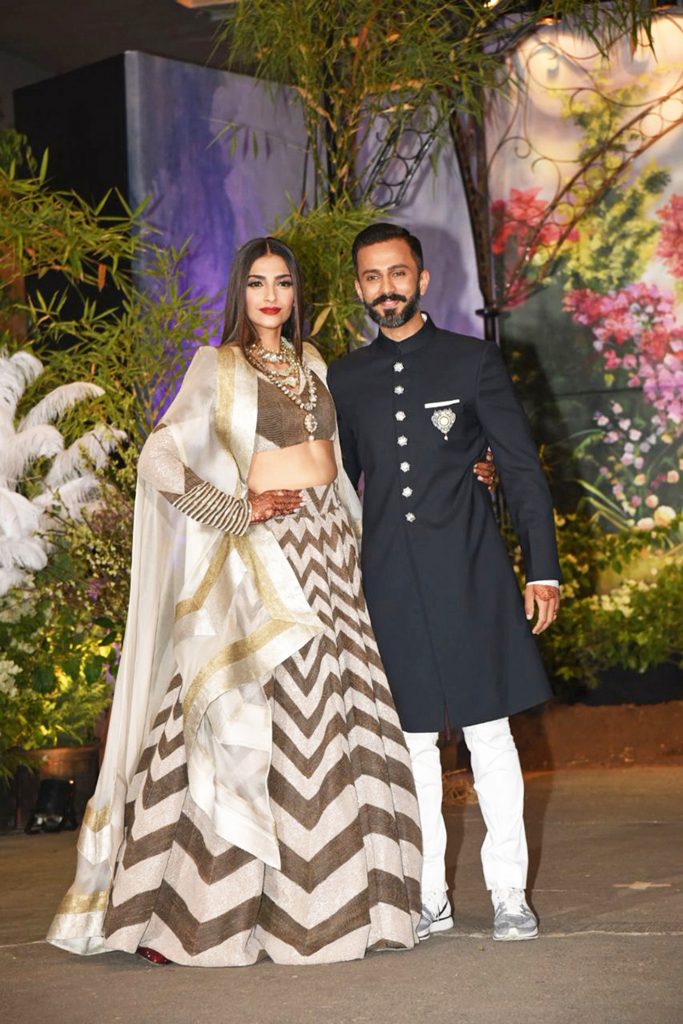 Needless to add, Sonam’s wedding with her long time Delhi based beau Anand Ahuja has been one of the biggest weddings and events of the year, despite the fact she maintained a stoic silence or private about her relationship the media cannot get enough of her beautiful wedding functions and her regal wedding looks. The wedding was a three days affair, with the stalwarts of the industry pouring in to her wedding celebrations.  The stunners good friends like Jacqueline Fernandez, Karan Johar, Kareena Kapoor danced their hearts out at her wedding celebrations. A week after her wedding, Sonam flew at the 71st Cannes Film Festival red carpet to fulfil her commitment as a L’oreal Paris brand ambassador. In the French reviera, her sister Rhea Kapoor and their glam squad got her red carpet ready like every year. Needless to add, she did classic glamour with elan. 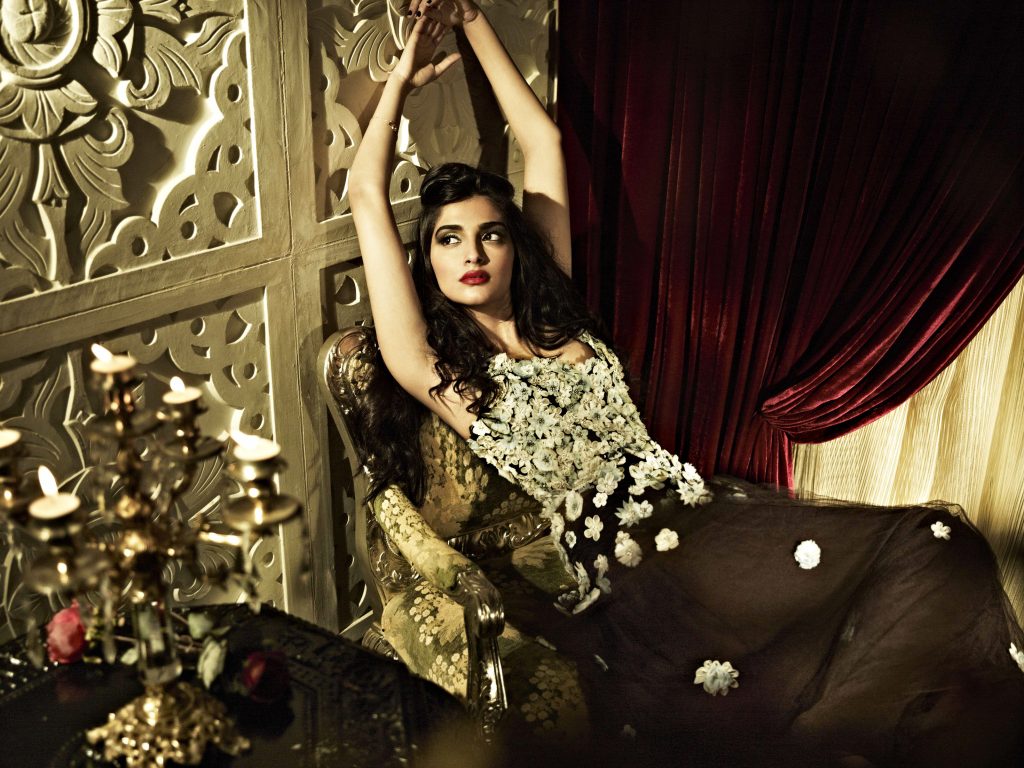 Many are not aware, Sonam is a vegan hence she does not consume milk and milk products. The fitness freak often hits the gym or does yoga with her beau Anand or goes out on a healthy night out with her best celeb buddy Jacqueline. The Kapoor girl swears by yoga and Pilates, and sometimes a wee bit of Aerial yoga.
Some of her upcoming films include Shashanka Ghosh’s Veere Di Wedding, an all-women destination wedding drama, Rajkumar Hirani’s Sanjay Dutt biopic, and Ek Ladki Ko Dekha To Aisa Laga, produced by Hirani and Vidhu Vinod Chopra. Meanwhile her films, Battle of Bittora and The Zoya Factor, both best-sellers by Anuja Chauhan are expected to see their cinematic renditions next year. We can’t wait to see her don the role of a endearing, powerful actress, producer, doting wife and fashionista in the coming years!
Cheers, more power and many congratulations to the lovely lady!