Representatives from Boating BC, the Vancouver Fraser Port Authority and BC Ferries have announced a new collaboration aimed at educating recreational boaters and small commercial vessel operators about how to share the waterways with deep sea vessel traffic.

Vancouver, BC: Representatives from Boating BC, the Vancouver Fraser Port Authority and BC Ferries have announced a new collaboration aimed at educating recreational boaters and small commercial vessel operators about how to share the waterways with deep sea vessel traffic. The initiative, which will include a province-wide advertising campaign is made possible through a grant from Transport Canada and addresses increasing near miss situations between the smaller boats and the large commercial vessels. 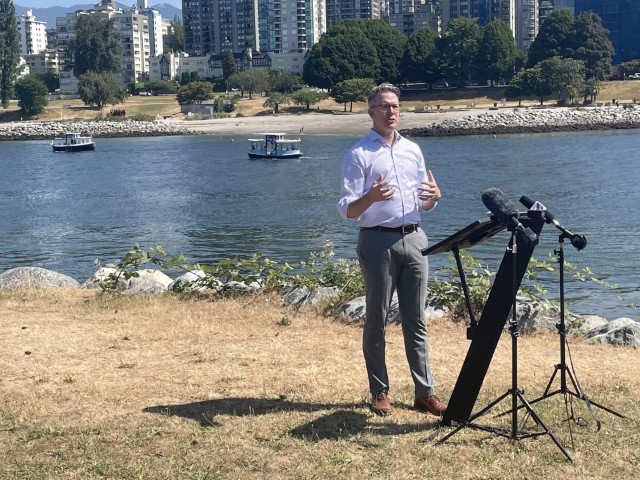 “British Columbia is home to some of the greatest waterways in the world,” says Boating BC Executive Director Bruce Hayne, “and as the number of recreational boaters continues to increase, we all have to be aware that we share the waterways – particularly in the southern coastal areas – with thousands of large commercial vessels. As recreational and small commercial operators there is an obligation to understand and adhere to the rules of the waterways.”

“Over the years we’ve seen a growing trend of recreational boaters in all areas of the port, at the same time, ships continue to grow larger meaning port waters are getting busier. As the summer boating season ramps up and more people are sharing the waterways, it’s more critical than ever to follow safe boating practices to ensure everyone’s safety on the water,” said Sean Baxter, Manager Marine Operations and Assistant Harbour Master at the Vancouver Fraser Port Authority. “It’s important to know that a larger ship cannot deviate from its course or come to a full stop in a short distance. Knowledge of safe boating practices and understanding your responsibilities on the water are key to ensuring your outing is enjoyable and safe.” 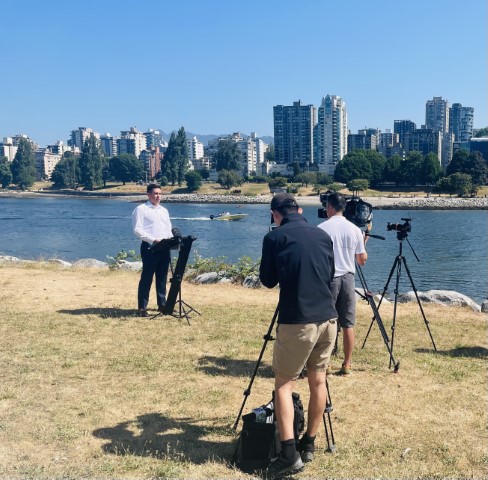 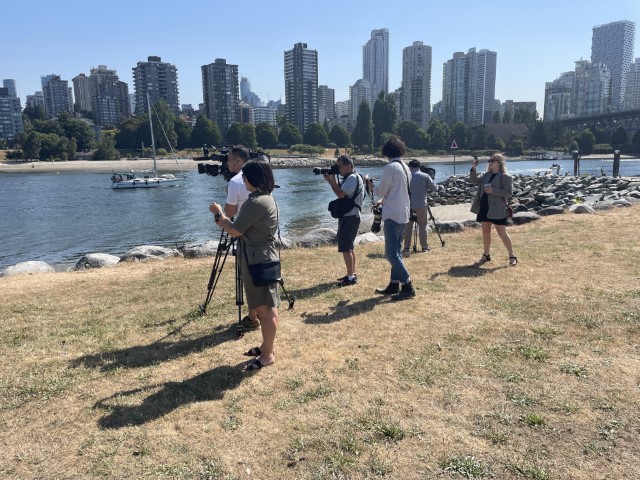 BC Ferry Services Acting Director of Nautical Standards Andrew Wetmore pointed out that large vessels such as those in the BC Ferries fleet require long distances to stop, “further, it can be dangerous when recreational boaters don’t consider the limited maneuverability of a BC Ferries vessel, especially through the narrow channels and waterways along this coast, like those in the Gulf Islands, Howe Sound, and the approaches to our terminals. It’s critical that pleasure craft operators and small commercial operators understand the limitations of larger vessels as well as the shared responsibility for safe navigation.”

The campaign is slated to begin immediately as British Columbia enters the height of the recreational boating season and run throughout the summer months.

Boating BC Association is the go-to resource to learn about what it means to be a boater in BC.  We help create connections, partnerships and friendships between boaters and across the marine industry.  As a collection of voices, we speak clearly and loudly to regulatory bodies on any issue that touches the world of boating in BC. For further information about Boating BC visit: www.boatingbc.ca.

The Vancouver Fraser Port Authority is the federal agency responsible for the stewardship of the Port of Vancouver. Like all Canada Port Authorities, we are accountable to the federal minister of transport, and operate pursuant to the Canada Marine Act with a mandate to enable Canada’s trade through the Port of Vancouver, while protecting the environment and considering local communities. The port authority is structured as a non-share corporation, is financially self-sufficient and does not rely on tax dollars for operations. Our revenues come from port terminals and tenants who lease port lands, and from port users who pay various fees such as harbour dues. Profits are reinvested in port infrastructure. The port authority has control over the use of port land and water, which includes more than 16,000 hectares of water, over 1,500 hectares of land, and approximately 350 kilometres of shoreline. Located on the southwest coast of British Columbia in Canada, the Port of Vancouver extends from Roberts Bank and the Fraser River up to and including Burrard Inlet, bordering 16 municipalities and intersecting the traditional territories and treaty lands of several Coast Salish First Nations. The Port of Vancouver is Canada’s largest port, and the third largest in North America by tonnes of cargo. Enabling the trade of approximately $240 billion in goods with more than 170 countries, port activities sustain 115,300 jobs, $7 billion in wages, and $11.9 billion in GDP across Canada.

BC Ferries (BCF) is an independent company providing passenger and vehicle ferry services on the west coast of British Columbia. The company operates one of the largest and most complex ferry systems in the world. BCF provides frequent year-round transportation service, with 35 vessels operating on 25 routes out of 47 terminals spread over 1,600 kilometres of coastline. BCF also manages ferry transportation services on other remote routes through contracts with independent operators. Our service is an integral part of British Columbia’s coastal transportation system.