The Tagore Spring Festival, an annual multicultural celebration of spring now on its fifth consecutive year, has been held at the Surrey City Hall on April 27.

The Tagore Spring Festival, an annual multicultural celebration of spring now on its fifth consecutive year, has been held at the Surrey City Hall on April 27. In this full house event, artists from different backgrounds and ethnicity displayed their traditions and heritages through splendid live music and dances. 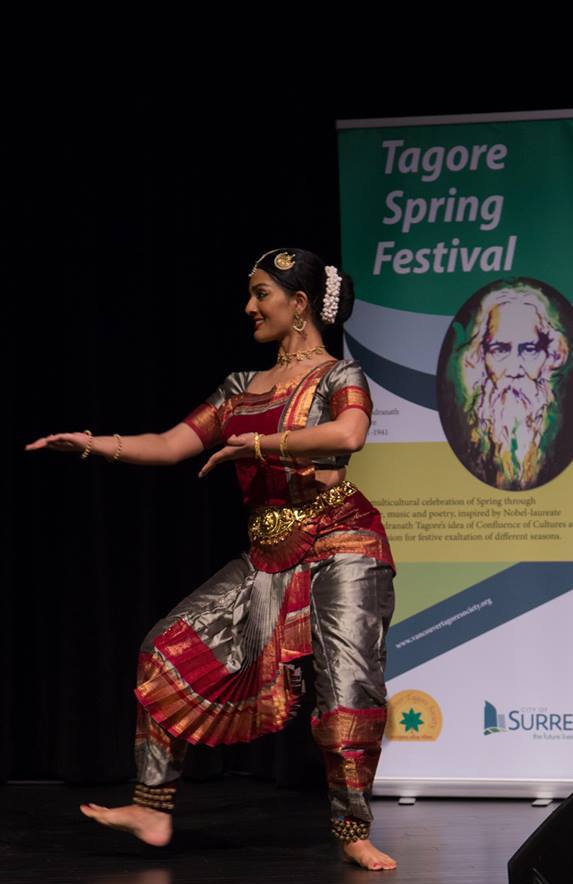 The program opened with a violin ensemble by Vancouver Fiddle Club, followed by two Indian classical dance performances, a Kuchipudi by Nandanum School of Bharathanatyam and a Thillana solo by Malavika Santhosh. Then a vibrant flamenco music and dance by Toque Flamenco marked the end of the first half. 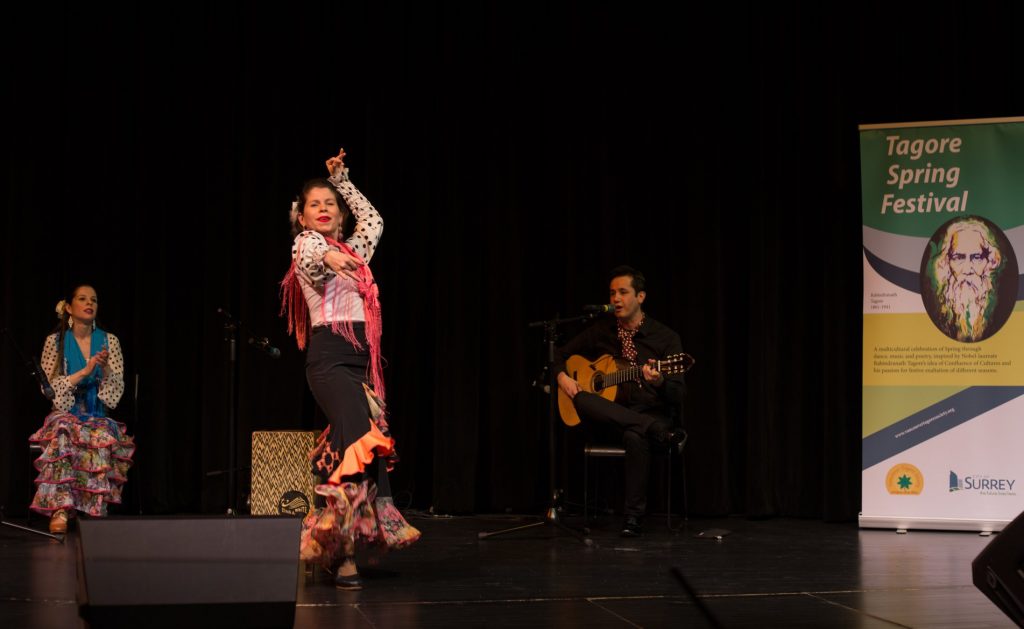 After the intermission, Vancouver Tagore Society Workshop Series participants, in collaboration with two guest instrumentalists, presented two Tagore songs on raag Bihag that capture the imagery of a beautiful moonlit night and some intense human emotions intertwined with it. 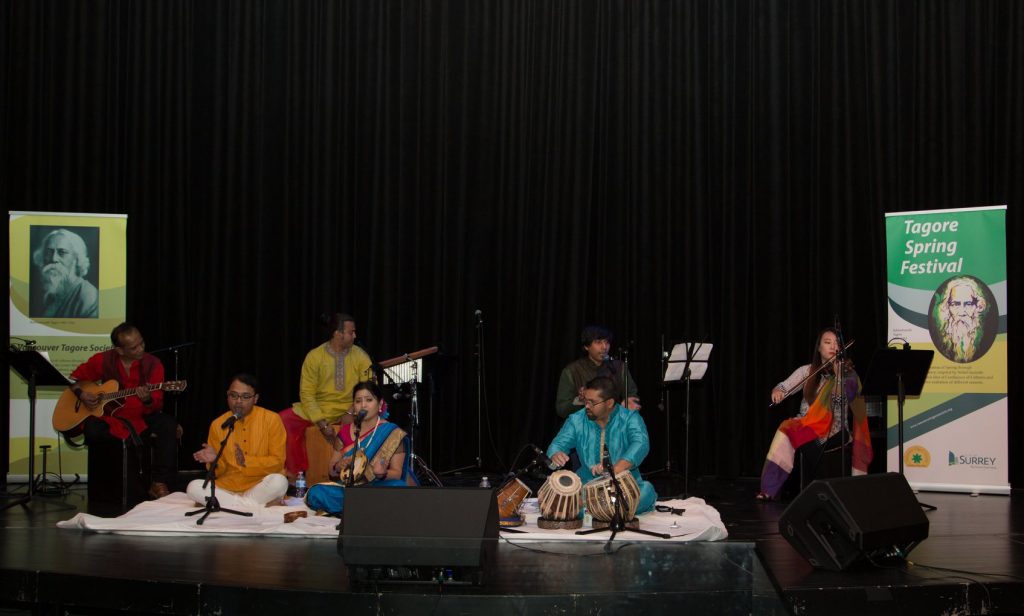 While that serene nightly ambiance lasted in the auditorium, started the next performance, ‘Nirjhor: Harmonizing with the Flow of Life’, a musical that unfolds the story of a confined, self-obsessed soul unifying with the flow of the Universe. In collaboration with guest violinist Christine Yi, TAAN, a Vancouver-based Bengali band that specializes in story-telling through live music and dance, presented the musical. 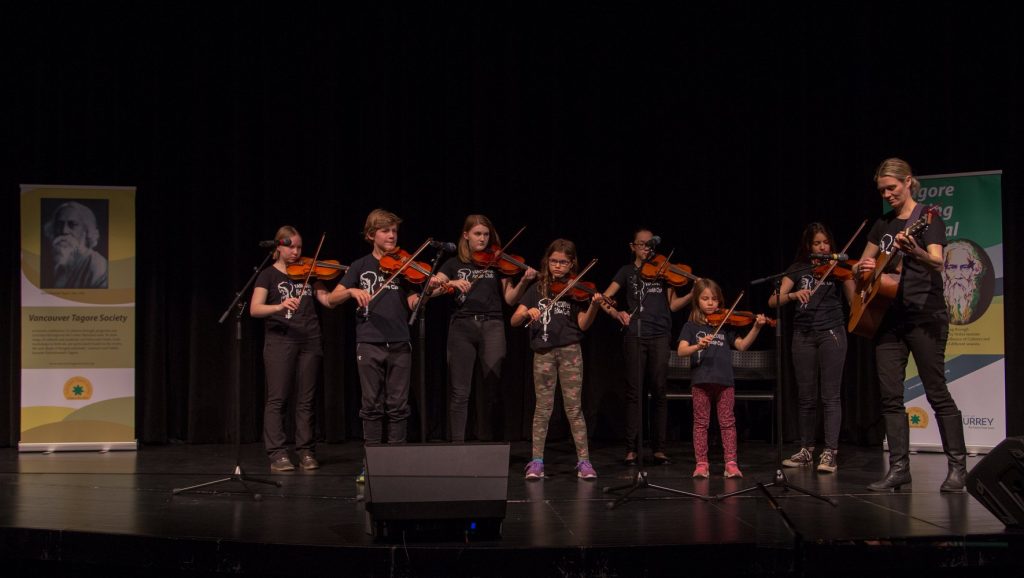 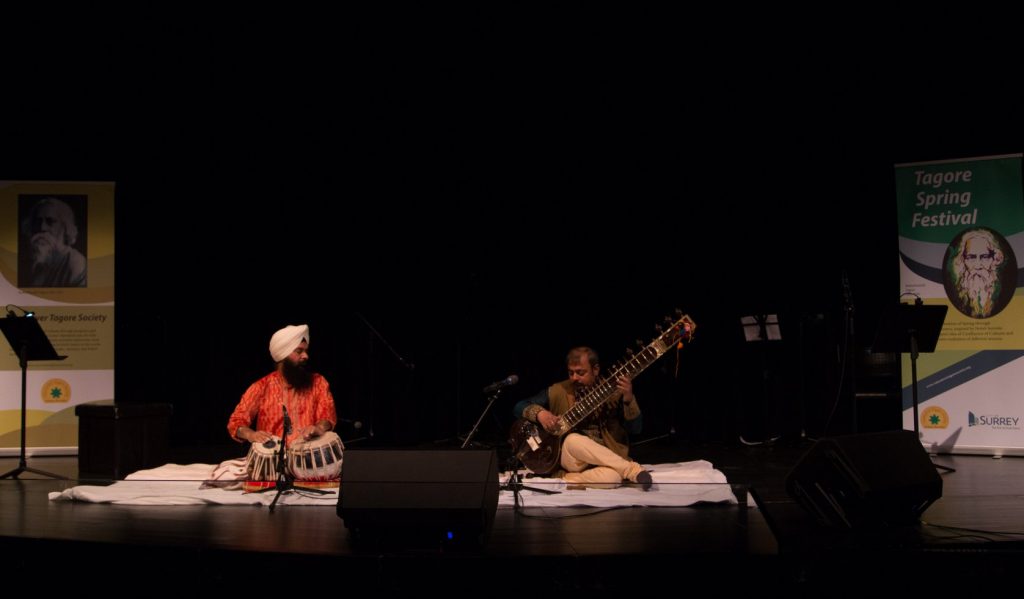 Vancouver Tagore Society, a not-for-profit organization promoting multiculturalism and diversity through quality performing arts, hosted the festival with supports from the City of Surrey and BC Arts Council.