Village Rockstars, the film from India,  at the Reel 2 Real International Film Festival for Youth,  on April 13 and 14

Living in Chayagaon village in India’s northeast state of Assam, Dhunu is an observant and precocious young girl with ambitious dreams. She longs to play a real guitar and is mindful that she deserves the same privilege as the boys in her village. The kids host pretend concerts with their homemade styrofoam guitars, commanding the spotlight on their makeshift stage.

Unlike the structures that bind her to a life of hardship, the guitar represents liberation. She is frequently chastised for shunning her “female” responsibilities, and is obliged by the village aunties to reform her childish ways. With the quiet and stoic support of her mother, Dhunu becomes increasingly aware of her diminishing returns. She bulks at traditional expectations, and her perseverance and measured determination lead her to new opportunities. She soon discovers how to flourish under challenging conditions while being true to her thoughts and aspirations 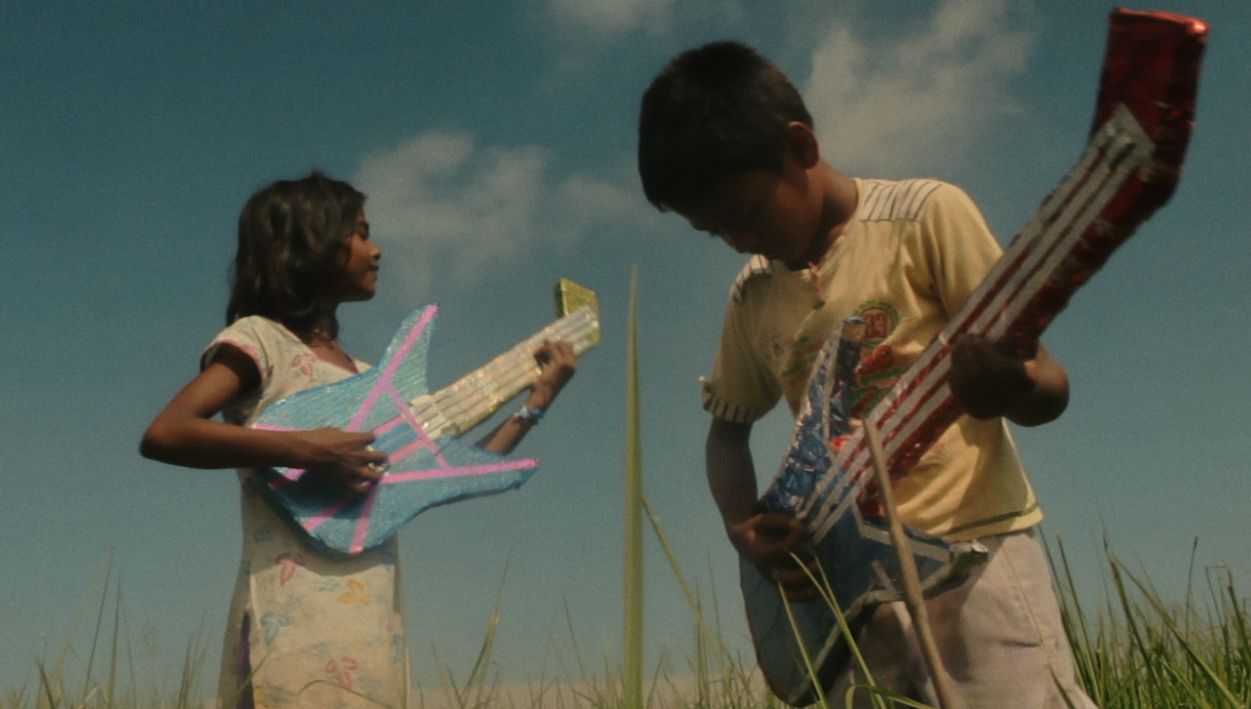 Village Rockstars premiered at the Toronto International Film Festival. This is Rima Das’ second feature, and already she’s asserted herself on the world stage as an auteur to watch. Entirely self-financed, Das has achieved a powerful and resonant portrait of a young girl resisting a world that relegates her to an inferior status. With only one assistant as her crew, and a cast of her family members and local villagers (all of whom are first time actors from Assam), Das demonstrates masterful brilliance as a visual storyteller. Her lens finds poetry in every shot. With no formal training and an exceptional instinct, Das effortlessly employs a language all her own, not only as writer/director, but also as cinematographer, editor, and producer. Much like Dhunu, she is a force which cannot be ignored.