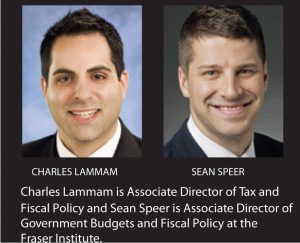 Another Report, another Misleading Analysis of Inequality in Canada

You’d think that we live in a caste society with an exclusive few perpetually “controlling” the vast majority of wealth given the stream of media stories on a recent report from the Broadbent Institute. Headlines in the Globe and Mail, Toronto Star, and CBC all trotted out of cliché that the rich are getting richer while the poor are getting poorer, giving the impression o a doomsday-like wealth inequality gap. Fortunately, nothing could be further from the truth.

The latest analysis, like most mothers on inequality, is fundamentally misleading because it relies on snapshots of the income and wealth distribution, failing to account for important changes that happen over time. The report implicitly assumes that people with low income today are the same people who have low income in the future. In reality, the income and wealth of Canadians is anything but stationary over the course of their lives.

Just think of your own life experience. Many of us start off with low-paying jobs when we’re young, in school, and have little work and life experience. After finishing college, university or other training, a high wage isn’t necessary guaranteed. But with hard work and skills development, earnings increase over time as we get promoted or switch to higher paying jobs.

There are then periods in our lives when income is higher than previously experienced and/or expenses are lower (think of when kids finish school and move out f the house). These periods allow older Canadians to save and reduce their debt and thus accumulate assets and increase their net worth.

Consider the results from a 2012 Fraser Institute study Measuring Income Mobility in Canada, which uses Statistics Canada data to track a sample of a million Canadians to see how their incomes change over time. The study puts individual tax filers into five income groups from lowest to highest income, with each group containing 20 percent of the total.

The reality is clearly different from the cynical and incomplete narrative portrayed in the Broadbent report. It’s inexcusable to assume or even imply that Canadians are permanently stuck in the same income groups year after year. The truth is that Canadians are on escalators with income rising and falling depending on their life circumstances. A complete analysis should follow the income of specific people rather than compare the average of different groups of people at different points in time.

Wealth (or net worth) follows a similar life cycle path, as research from Statistics Canada consistently demonstrates. Nobody really expects a 25-year-old to have the same net worth as a 55-year-old, but this is precisely the assumptions underlying the Broadbent report.

The report’s main finding is that the top 10 percent of income earners in 2012 account for 47.9 percent of all wealth, while the bottom 30 percent account for less than 1 percent. Although probably shocking at first blush, it’s less so when we consider how wealth is distributed by age.

Accounting for the age of a family’s primary income earner paints a dramatically different picture of Canadian society. The same Statistics Canada data used in the Broadbent report shows that median net worth increases with age.

Families with primary earners under the age of 35 have the lowest median net worth in 2012 at 25,300 (see table). This makes sense as young families are still early in their career, carrying a mortgage with little paid off and likely raising children, which means other financial priorities, leave less money for saving and investing. BY contrast, older families in the 55 to 64 age group have a much greater median net worth ($533,600) since they’re later in their lifecycle, have homes that are paid off, and more financial assets saved up as they near retirement.

Canada’s Wealth Distribution by Age In 2012

Unfortunately, the Broadbent report doesn’t touch on either income mobility or the age distribution of wealth. The fact is that Canadian society has a high degree of mobility and hats something we should celebrate. The real focus of the debate should be on how to protect and expand opportunities rather than stoking fears of a problem that doesn’t exist.