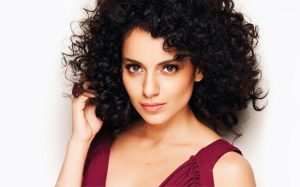 Kangana Ranaut`s fabulous performance in `Queen` is getting her unprecedented praise from all quarters. But nothing has made her as happy as a special delivery from none other than Big B himself.

Kangana was quoted saying in a popular daily, “A delivery boy had come home with a huge bouquet of flowers and a handwritten note. My sister Rangoli accepted it and told me something special had come for me. When I found out that it was Mr Bachchan’s letter, it was an out-of-the-world feeling. My hands were literally shaking while I was reading all the beautiful things he had written; like what I have accomplished is what everyone strives for, and so on.”

Kangana had started her career in 2006 with a critically acclaimed performance in the thriller `Gangster`, for which she was awarded the Filmfare award for Best Female Debut. In 2008 she earned two more awards in the best supporting actress category for the movie `Fashion`.

She has subsequently featured in a lot of commercially successful films like `Tanu Weds Manu` and `Once Upon a Time In Mumbai `. Recently, she was lauded for her performance in the superhero film `Krissh 3`.

Now, with a great performance in her last release `Queen` which has been directed by Vikas Bahl, she looks to be very busy getting wishes praises and complements. But, a praise coming from the likes of Amitabh Bachchan, The three Khans and the rest of the industry must be a special feeling.

We wish her the best and hope her streak at great performances continues with her upcoming films.

Versatile Bollywood actor, Irrfan Khan has become the proud winner of Asian Film Award for Best Actor for his superb performance in the movie The Lunchbox. Irrfan Khan was honoured with the award on March 27 at the 8th Asian Film Awards held in Macau. Irrfan’s movie The Lunchbox was directed by Ritesh Batra who was also awarded for Best Screenplay during the event. Irrfan Khan who has been known for his versatility has been well acclaimed for his performance in The Lunchbox by all critics as well. Irrfan Khan claimed the award beating other nominations in the same category including Fukuyama Masaharu for Like Father Like Son, Lee Kang Sheng for Stray Dogs, Tony Leung Chiu Wai for The Grandmaster and Song Kang-ho for The Attorney. The movie The Lunchbox is an Indian epistolary romantic flick which was released on 20 September, 2013. Irrfan Khan also is the proud owner of several other awards including three times Filmfare awards, Screen Actors Guild Award, National Film Award for Best Actor as well as Padma Shri Award. Apart from Bollywood, Irrfan has also worked in several Hollywood movies like The Namesake, New York, The Amazing Spiderman, Life Of Pie, etc. Irrfan Khan will also be seen in a couple of upcoming movies like Dubai Return, Master Plan, Voices From The Sky, Welcome To Karachi among others. Well, we hope Irrfan carries along his good works and continues to bag many more awards in the coming days. 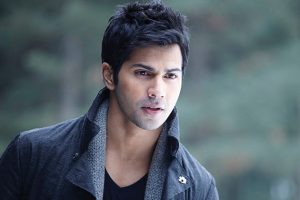 Varun seems to have taken a lot of “inspiration” from not one but three actors for his upcoming film, Main Tera Hero

Varun Dhawan, who made a fantastic debut in Karan Johar’s Student Of The Year, is all set for his second film, Main Tera Hero (MTH), which will hit the theatres on April 4. However, after watching the trailer, songs and all the dialogue promos of the film, it won’t be wrong to say that the Dhawan boy is imitating not one, but three Bollywood stars which includes Govinda, Ranbir Kapoor and Amitabh Bachchan.

You might be impressed with Varun’s herogiri in the promos of Main Tera Hero, but it so reminds us of Govinda. Right from the dance steps to all the nautanki he does to woo his co-stars, Nargis Fakhri and Ileana D’Cruz, we certainly see a lot of Govinda in Varun. However, it will be wrong to blame only Varun for that. After all, his father David Dhawan who has directed MTH has worked with Govinda so many times. We think that even if it would have been someone else other than Varun in the film, we would see some traits of ChiChi in him.

But then the makers of the film didn’t just stop at Govinda. One of the songs from the film titled Palat has become really popular amongst the masses. The tune of the song however bears a very familiar taste to it, and has made the audiences wonder, where the familiarity came from. The tune of Palat has quite been influenced by RD Burman’s track Jahan Teri yeh nazar hain starring the legend Amitabh Bachchan. Ah, well!

And last but not the least, the Dhawan boy has also spoofed Katrina Kaif’s alleged boyfriend, Ranbir. The makers of the film released a song titled Bhajan on the dance floor some days back is a parody of Ranboo’s popular song Badtameez Dil from his blockbuster film Yeh Jawaani Hai Deewani.

Well, all of this makes us wonder if we will get to see something original from Varun in Main Tera Hero, or will he just turn out to be a mimic. What do you think, BollywoodLifers?