Having acquired Bentley, the original Bentley Flying Spur was the second half of Volkswagen’s strategy for the determined return to form of the revered British marque.

Having acquired Bentley, the original Bentley Flying Spur was the second half of Volkswagen’s strategy for the determined return to form of the revered British marque. Bentley may have made its name with heavyweight, ultra-fast two-door sedans, but the brand has proved just as capable of fitting four doors to its coachwork.

The Bentley Continental GT, a fast, luxurious car is still a hot seller, but new buyers from new markets have necessitated a four-door sibling to establish Bentley as VW’s luxury division.  Buyers in the US – and now, more importantly, China – have made the Flying Spur the best-selling four-door Bentley of all time.

The new version of the Bentley Flying Spur is sublime. Most of us will never own one due to the stratospheric price, but it always nice to see how the other 1% lives or rather see what they drive. The new Spur concentrates on having a more significant back cabin- ostensibly because that is where Bentley expects most Spur owners will sit, it’s a big car, and however, the Bentley Mulsanne is even more significant. With the new platform, the Flying Spur is also going to feature things like a new suspension system, better brakes as well as increased structural rigidity. The latter will directly translate in better NVH levels, making the Spur a more comfortable ride as well as giving far better driving characteristics. (For the chauffer one supposes!) 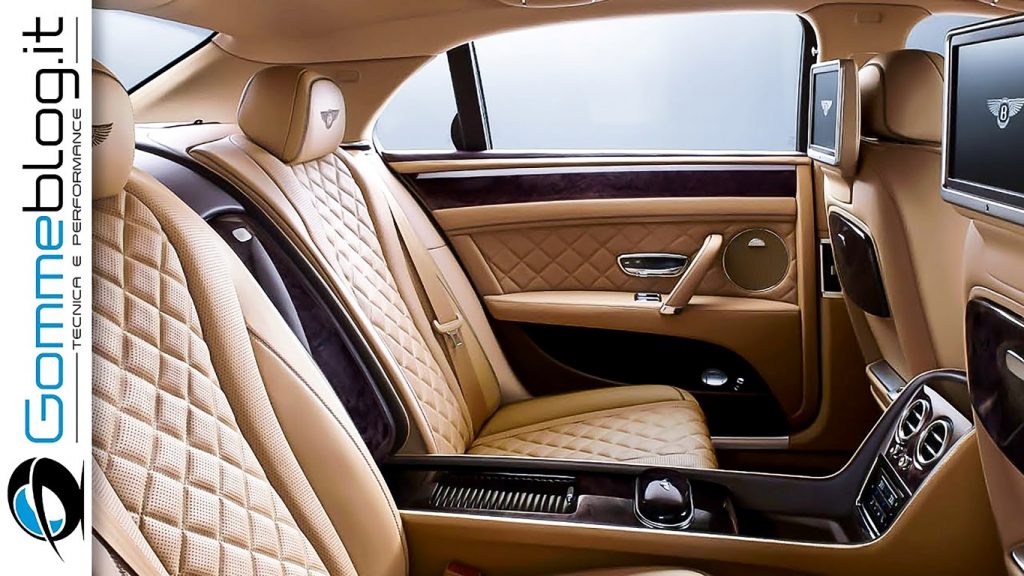 While the all-new 2020 Bentley Flying Spur has been revealed—with a longer wheelbase and substantially updated tech—it won’t be available to order until later this year. Built with no expense spared and for effortless grace, speed and luxury – the  Spur cost as much as a house in some parts of Canada or at the least a decent sized condo in most cities (except Vancouver and Toronto!) The 2019 Bentley Flying Spur is both magnificent and awe-inspiring. The suspension has four modes: Comfort at one end, Sport at the other, with two in-between settings. Full Comfort mode loosens body movements without becoming too soft. Full Sport tightens things up without becoming harsh.

There are two engines – a 6.0-liter twin-turbo W12 – which now gives you 616bhp, making this the most powerful four-door Bentley ever – and there is an Audi-sourced de 4.0-litre V8 rated at around 500hp. The W12 can accelerate from 0-62mph in 4.3 seconds, while its transmission is a new ZF eight-speed. All-wheel drive is standard.

Interior-wise, the Flying Spur excels In addition to hand cut leather trim, crystal fluted champagne glasses, and the best of everything everywhere, the 2019 Flying Spur’s interior also features genuine wood and real metal accents. Remember everything is hand stitched and fitted.  A touchscreen infotainment system is standard, and other technologies are optional, including onboard Wi-Fi, a digital TV tuner and twin TV screens for the backseat, and an 11-speaker Naim sound system. In addition to common optional add-ons, Bentley allows customers to personalize the Flying Spur to their exact specifications through its Mulliner customization program. There are options such as choosing between two individual rear seats, or a three-seat bench. You can also choose a rear entertainment package, with 10-inch screens mounted behind the front seats, connected to onboard Wi-Fi. A pop-out touchscreen remote controls everything from changing the TV channel to altering the heated/cooled/massaging rear seats, and even streams dashboard dials so you can keep an eye on the navigation and speedometer. Other options include the fold-down picnic tables, which accommodate a laptop. There is also an optional fridge behind the central armrest. Pricing for the 2019 Bentley Flying Spur starts at   $190,000, for a base model (in U.S dollars).  For Canada, it will be well over $200,000, and more for options which most people will order. The lineup starts here to the right!